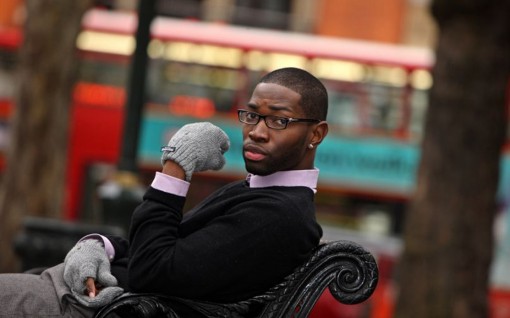 The New World School of the Arts has just announced a stunning fundraiser: alumni playwright Tarell Alvin McCraney will participate in a VIP reception and a staged reading of excerpts from his plays on Friday, Oct. 15.

McCraney, one of the hottest young playwrights in America, will celebrate his 30th birthday by performing scenes from his acclaimed Brother/Sister trilogy including The Brothers Size, In The Red and Brown Water, and Marcus; or the Secret of Sweet.

‘When so much is at stake for our students,’ a press release quotes McCraney as saying, ‘it’s up to us to give generously not just of our pockets but of our hearts and talents.’ The funds will support graduating high school students to attend auditions for colleges or acting programs.

The event has two parts. First, a VIP reception will be limited to 20 people at $100 a ticket. He will give away signed copies of his book The Brother/Sister Plays. It will be held at 6 p.m. at New World’s Louise O. Gerrits Theater, 25 NE 2nd Street, downtown Miami, 8th Floor. For more information, call Rafael Maldonado at New World at (305) 237-3753.

The second segment is the staged reading performed by McCraney, actor Glenn Davis and fellow Steppenwolf Ensemble member Jon Michael Hill. A ticket for the reading alone is just $30. Tickets may be purchased online by visiting nwsa.mdc.edu.

McCraney attended the New World School of the Arts High School, receiving the Exemplary Artist award and the Dean’s Award in Theater, and graduated from DePaul University’s Baccalaureate program where he received his BFA in acting. In May 2007 McCraney graduated from Yale School of Drama’s playwriting program where he received the Cole Porter Playwriting Award upon graduation. As an actor, Tarell has worked with such directors such as Tina Landau and David Cromer.

His plays have been done at many major cities in the United States and Great Britain, showcased by Steppenwolf in Chicago, McCarter in Princeton and the Royal Shakespeare Company in England. But his first full production in South Florida is slated for August when he directs his own The Brothers Size at GableStage.