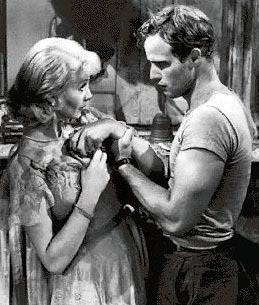 Another piece of major casting news: Ever since New Theatre announced it would mount Tennessee Williams’ iconic A Streetcar Named Desire to close its season in May, veteran theatergoers and actors sat around various bars guessing who was going to get the four leads. So has artistic director Ricky J. Martinez.

The key question, he said, was whether to cast the show with talented people in their late 20s to early 40s as the script indicates or to hire actors with a bit more mileage who are able to conquer roles that have defeated some well-known thespians.

A large chunk of the local acting corps has salivated for a shot at these roles for years because no one has done a professional production in recent memory.

And the winners are: Angie Radosh will follow the young Jessica Tandy, the not-so-young Jessica Lange, the even-less-young Ann Margaret, Vivien Leigh, Rosemary Harris and Cate Blanchette as Blanche DuBois. Radosh just finished a terrific professional year that included two stints as Joan Didion in The Year of Magical Thinking. But most promising is that she was a transcendent Amanda Wingfield in New Theatre’s The Glass Menagerie, a surprisingly fresh reimagining directed by Martinez two years ago.

Elise Girardin, who was in Just a Kiss at New Theatre, will play Stella, the role made famous by Kim Stanley. Clint Hooper, part of the New Theatre’s standing company, will play the lovelorn Mitch, immortalized by Karl Malden.