The malleable titanium of show tunes 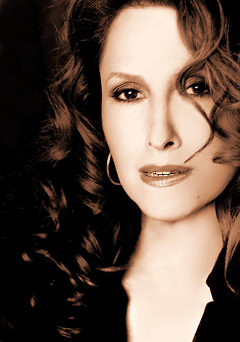 Show tunes pop up in the most unexpected places and the best-constructed ones have a durability and universality that transcend their stage production. Case in point were some of the numbers in Saturday’s concert by Melissa Manchester as part of Nova Southeastern University’s Cabaret Series.

Manchester, who has accumulated theater cred in her career, performed her greatest hits and works from her new album, of course, but she interspersed them with stunning arrangements of several theater songs that were ingenious and moving.

Among them was a breath-taking Something Wonderful from The King and I, in which she slowly caressed Richard Rodgers’ lovely melody a cappella with two backup singers providing stunning harmonies. On Stephen Sondheim’s anthem Being Alive from Company, she completely changed the phrasing, stressing the second syllable. In both cases, as well as others, she brought a freshness and originality that even the composers likely never imagined.

Decades ago, show tunes frequently made Top 40 AM radio playlists, either directly off the original cast albums (one of the last being Day by Day from Godspell) or reinterpreted by song stylists (among the last being Louis Armstrong’s Hello Dolly).

In recent years, many Broadway performers wanting a little extra income have recorded CDs of deconstructed show tunes. Among the best are Audra McDonald’s 2000 How Glory Goes and Rebecca Luker’s 2009 Greenwich Time.

Nova Southeastern University has been mining that vein with this Cabaret Series, notably Christine Andreas’ welcome annual visit. Manchester wrote a short lived musical, I Sent a Letter to My Love; and performed in the musicals Hats, Sweeney Todd (with Kelsey Grammer), and Song and Dance.

Future concerts in the Nova series include: Kurt Peterson and Victoria Mallory—who starred together in the original Follies and a revival of West Side Story–on Feb. 26.

Kevin Spirtas, whose credits include Meet Me In St. Louis, A Chorus Line and Hairspray, April 30.

Concerts are held at the Miniaci Performing Arts Center in Davie. miniacipac.com/Events/