What�s the Korean word for “Congratulations!”? 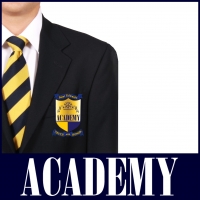 Academy, the musical that Maltz Jupiter Theatre artistic director Andrew Kato has been working on for ten years, keeps gathering honors and momentum.’

The story about sin and temptation in an exclusive boys’ school had a workshop at the Maltz in 2008 with a 20-piece youth orchestra, following a string of other staged readings and workshops.

Then a retooled version became the critical hit of the New York Musical Theatre Festival last October, also as a workshop.

That led to an invitation to compete this summer at South Korea’s Daegu International Musical Festival, supposedly as a staged reading or workshop.

Now comes the news that Academy took the top prize there for Best Musical at the festival against 23 other entries from around the world.

And on July 13, cast members had the honor of ringing the NASDAQ closing bell in New York. The Dow rose 147 points that day. Total coincidence.

Why all the references to ‘workshops’ and ‘staged readings?’ The show will have its alleged ‘world premiere’ in a full production directed by Kato at the Maltz in December with underwriting from the National Endowment for the Arts.

The Maltz describes the show this way: ‘At St. Edward’s Academy, two seniors make a harmless bet on whether they can influence an unsuspecting freshman to break a few rules to succeed. But when the transaction goes recklessly out of control, the boys become entangled in a fight for their own academic and personal survival. Inspired by Goethe’s Faust, this is a pop chamber musical about boys learning to become men — and remaining true to themselves.’

I caught the show during its New York incarnation and Kato’s vision is inescapably captivating. The production actually ran too short and needed a bit of tweaking, but the concept was intriguing and the music by John Mercurio was fresh and enthralling. It had more than enough promise to justify a trip up to Jupiter.