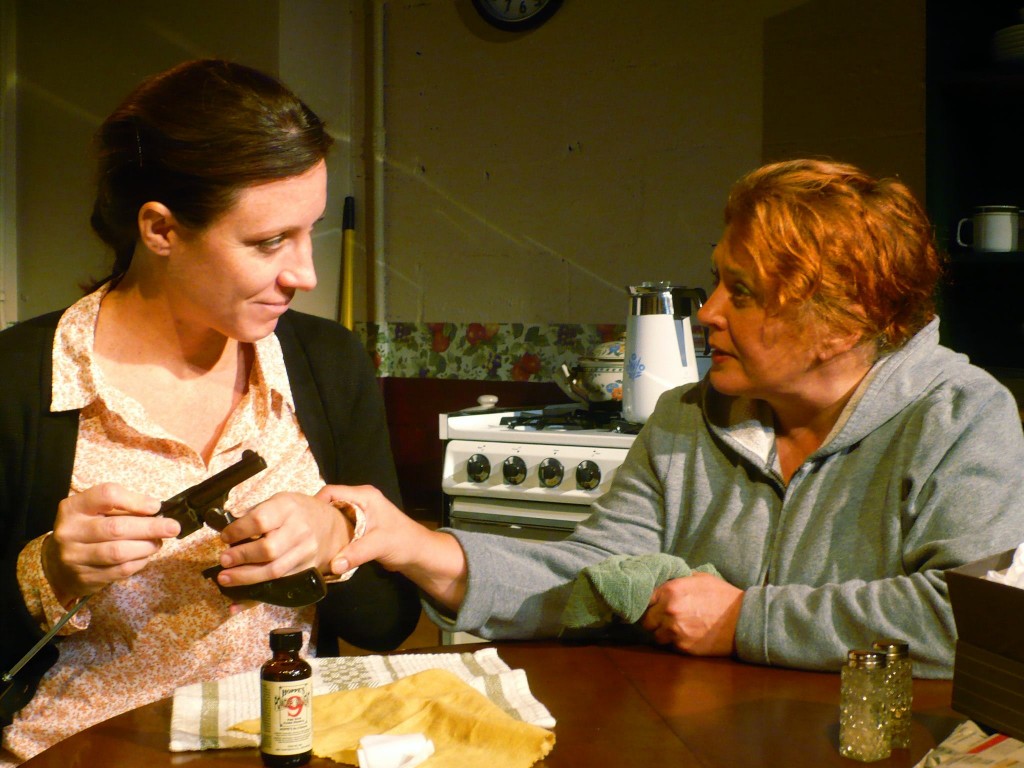 A mother and her middle-aged daughter spend a Saturday night at home.  What makes this night different from any other is that the daughter, Jessie (Aubrey Shavonn Kessler) has decided that this will be the night she commits suicide. And she matter-of-factly tells Mama (Sally Bondi) of her decision.

This is the suspenseful beginning of Marsha Norman’s powerful play ‘night Mother, now getting a moving production at the Alliance Theatre Lab at Barry University’s Pelican Theatre.

What follows for 90 taut minutes is the examination of Jessie’s decision as Mama tries to save her. Family secrets are revealed, old wounds are opened and a lot of tears are shed over what might have been, could have been. By the end of the play, the audience may be surprised about which character they believe makes the better case.

Bondi and Kessler bring poignance to Mama and Jessie, a mostly housebound pair who have their share of troubles. Mama had an unhappy marriage, few friends and a troubled family.  Jessie is prone to epileptic seizures and has an ex-husband and delinquent son.  Neither one has much going for them.  But they differ in their outlook on life.  While Mama is fiercely protective of her couch potato lifestyle and plans on fighting off the grim reaper with every breath, Jessie has simply decided that it’s not worth it anymore.

Director David Sirois, an actor and playwright whose play The Brothers Beckett met acclaim in its world premiere at Alliance earlier this year, proves here as he did with his own play that he knows relationships. Mama and Jessie feel real — we know these people exist all over the country. Bondi and Shavonn Kessler work well together, and the director and actresses, along with set designer Mary Sansone, immerse the audience in the world of the pair’s shabby little home and their sad little lives.

Bondi does a beautiful job of building Mama’s desperation as she tries to save Jessie’s life, journeying from disbelieving mom to protective tigress to resigned confidant.  Kessler brings moments of clarity to the suicidal Jessie.

‘night Mother is a provocative play and Alliance’s production does it justice.