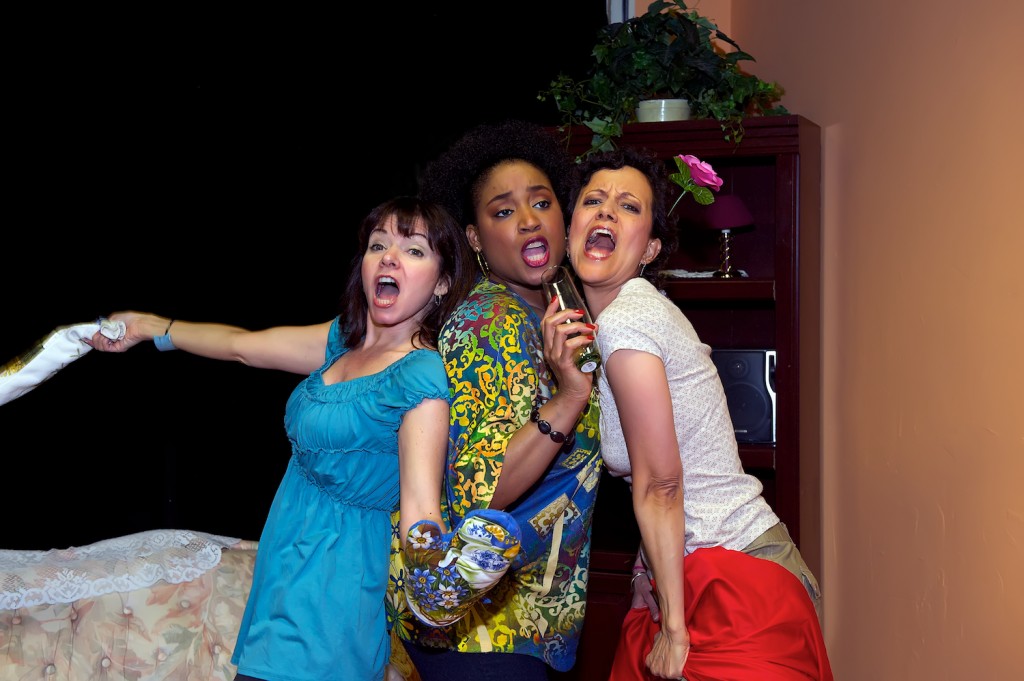 When The Women’s Theatre Project leaders announced in February that they had lost their performing space in Fort Lauderdale, some pessimists feared its unique voice would slide into limbo.

But the 11-year-old company resurfaced this week as its president Meredith Lasher had promised, taking a major risk by relocating to a theater in Boca Raton and thereby losing grants contingent on it staying in Broward County.

The theater dedicated to producing work by women playwrights and focusing on women’s issues has slated two shows at the Willow Theatre in Sugar Sand Park in November and January.

“We’re confident this move is a good one for us,” said WTP treasurer, actress and co-founder Jacqueline Laggy.

To begin with, the 155-seat facility triples the seating capacity of its old space, quintuples its stage space, and provides far more sophisticated lighting and sound equipment.

Demand for some of the theater’s productions overshot the capacity of its 50-seat storefront digs in Sixth Star Entertainment’s property just north of downtown Fort Lauderdale — which had only one bathroom and one door for actors’ entrances.

The new physical facilities “also gives us the opportunity to consider more scripts” that could not be done in the old cramped space, Laggy said.

The Willow Theatre has been a successful venue for other tenants such as the Boca Raton Theatre Guild, which has frequently sold-out performances among the affluent, older residents. The hope is that the residents have a hunger for even more theater, although they are accustomed to more mainstream and familiar titles than WTP usually favors.

WTP officials are also optimistic that their core audience will follow them the 20 miles to the north. That audience, which skews to younger and middle-aged women, has been doggedly loyal to the theater and its embrace of works that most people have not heard of.

As the theater looked for a new home this spring, officials with the Willow facility mentioned their interest to WTP artistic director and co-founder Genie Croft.  Croft has helmed productions for the Theatre Guild at Willow and helped transfer two WTP shows, The Year of Magical Thinking and Bridge and Tunnel, to Willow for successful runs.

“It’s a nice fit for us and they’re excited to have us there,” Croft said.

The real concern now is money. The theater’s budget has been running between $70,000 and $100,000 a year. But at least 30 percent of that has come from grants from two Broward agencies that require them to stay in the county. As a result, the theater will be applying for other grants for the following season, but this season WTP will be relying heavily on ticket sales and donations.

They also have the added expense of paying for the theater space. The Sixth Star property was essentially a gift. Willow does not plan to charge rent, but it will take a percentage of the ticket receipts.

One way WTP is coping is cutting the number of shows in the season from four to two for its first year at Willow, although success and scheduling might allow for a third, Laggy said.

The first production planned is Delval Divas, a comedy by Barbara Pease Weber, slated for Nov. 2-18.  It focuses on white and “pink” collar criminals in a low-security women’s prison in the Delaware Valley in which the inmates enjoy a lavish lifestyle until the feds announce they plan to move everyone to less cozy surroundings.

The second show will be Faye Sholiton’s The Interview, slated for Jan. 4-20, 2013. The play takes place on the day a Holocaust survivor meets her interviewer, the child of other survivors, to record eyewitness testimony for posterity.  The drama was a major success for WTP when it presented it in 2009. Plans are to revive it with the same two actresses who starred in it then, Harriet Oser and Patti Gardner.

WTP had initially planned to go ahead with Girl Play, its annual summer festival of lesbian-themed plays. But the preparations for festival are so extensive that it would be impossible to stage it in the coming season. “We definitely want to pursue it for next year,” Laggy said.

Since its first staged reading in 2001, its incorporation in 2002 and its first full production in 2004, The Women’s Theatre Project has presented world and regional premieres of several works such as Speaking Elephant by local playwright Terry Lawrence.

Like every other company, the quality of its productions varied, but it has mounted acclaimed works such as Eclipsed, about the oppression of women in war-torn Africa, The Year of Magical Thinking, drawn from Joan Didion’s memoir, and Playhouse Creatures about women in the theater.