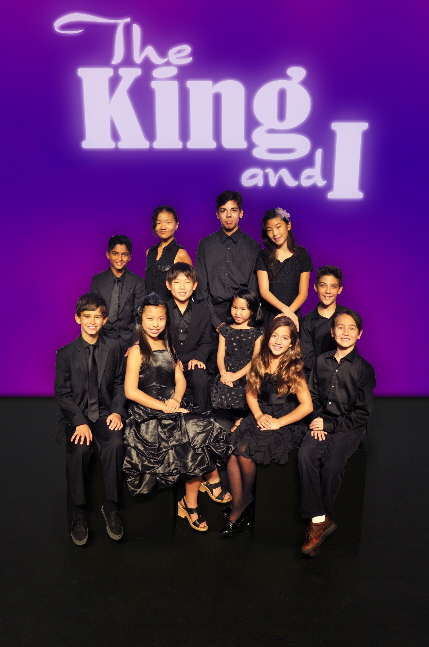 When it came time to cast the roles of the King’s children for its production of Rodgers and Hammerstein’s The King and I, which opens Tuesday, the Maltz Jupiter Theatre did more than just issue a casting call.

They consulted data, sent more than 500 letters, reached out to schools and chambers of commerce and area businesses – even some restaurants – all in the name of finding actors of Asian descent to play the children of the King.

To tell the story of British schoolteacher Anna Leonowens’ experiences as the governess to the children of the King in 19th century Siam – now Thailand – Maltz Jupiter Theatre producing artistic director Andrew Kato made a commitment to employ Asian-American actors, from the King to the young people who played his children.

“There are not very many opportunities for certain ethnicities [in theater], and it’s important to include them when we can,” Kato said.

Kato had seen productions where Caucasian actors played the children of the 19th century King of Siam. He wanted to ensure the Maltz’s production stayed true to its roots.

But finding actors to play the King’s Thai children proved to be a bit of a challenge. After two rounds of auditions, “there wasn’t enough,” said Jennifer Sardone-Shiner, director of marketing. “That’s why we took the next step.”

That meant tapping into resources at the Palm Beach Post and WPBF Ch. 25 for demographic information, then working community connections to find Asian-American children who could sing and act and audition for the roles.

It took a few weeks to finalize and execute the campaign. “A lot of it was just naturally grassroots,” Sardone-Shiner said. “… It’s just a matter of keeping the connections and the ties with the community.”

Their efforts paid off. They were able to find 20 children – 14 actors and six understudies – from as far away as Lake Worth and Stuart for the production. Two teenagers recruited during the campaign are members of the ensemble; the rest are playing the King’s children.

The children rehearse mostly on weekends, though they also practice after school during the week. In the show’s program, “I thanked the parents,” Kato said. “I think it’s a huge commitment for them.”

But it’s a commitment that could benefit the young actors in the future, since being part of a production at the Maltz Jupiter Theatre will open up more opportunities for them, Sardone-Shiner said. The Maltz is Florida’s largest regional theatre, and is the recipient of numerous Carbonell Awards.

“I think it’s a great credit because we’re nationally recognized,” Sardone-Shiner said. “[The children] are the first to say they will be auditioning for future shows.”

“The King and I” runs from March 18 through April 6 at the Maltz Jupiter Theatre, 1001 E. Indiantown Road, Jupiter. Tickets are available by calling 561-575-2223 or online at www.jupitertheatre.org.