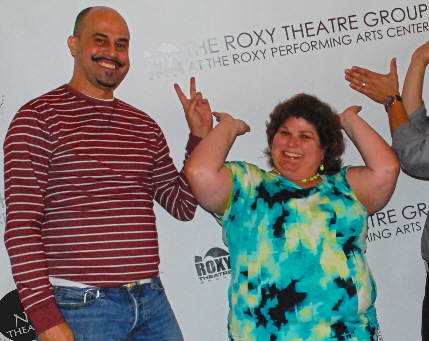 Eileen Suarez, who rose at New Theatre from working the box office in 1996 to shepherding the company through rocky shoals and significant growth, has resigned as managing director, she confirmed Wednesday.

She turned in her resignation to the board of directors on April 25 effective May 15, although she has been available for advice since then.

Suarez said in an interview that she wanted more time to invest in a personal life after 20 years devoting much of her waking hours to overseeing the business of a Miami-area theater, coping with the fiscal uncertainty of most arts organizations in South Florida. 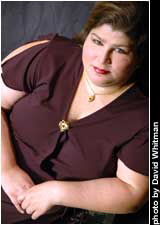 Although she noted that few people these days stay in a job this long, “I have lived my dream, my passion for 20 years, but it has come at a cost: It takes time from family and from friends and from special occasions, and you always have to plan out your time, carve out time for the people in your life who have a normal schedule.”

Asked how New Theatre plans to move forward, Eisenberg said the company is focused on celebrating Suarez’s achievements and legacy. He praised her leadership: “It’s a sad/happy time. Obviously, we love Eileen. We believe Eileen was the face of New Theatre.”

Suarez, a Miami native, received a Bachelor of Arts in theater with an emphasis in stage management from Florida State University. After graduation in 1996, she joined the New Theatre staff, first as stage manager and box office manager under founder Rafael de Acha, then as production manager and director of operations, later going on to become New Theatre’s first Managing Director in 1998.

She wrote in an email Tuesday, “Throughout the years, I have had the pleasure of meeting exceptional patrons, talented artists and dedicated my life’s work to preserving the arts in South Florida throughout my tenure at New Theatre.…Whether it was through our world premieres or Miami 1-Acts festivals, my mission was always to promote and help local artists and spread the joy that only Live Theater can provide.”

She has been a member of Actors’ Equity Association since 1996 and stage-managed many productions at New Theatre, including Love Letters, Camping with Henry and Tom, Three Hotels, Painting Churches, The Woman in Black, Clarence Darrow, I am a Camera and The Book of Ruth.

Eileen also served several terms as board member and board secretary of the Theatre League of South Florida. She served many times as a grants panel member for the Miami-Dade County Department of Cultural Affairs. She has also represented New Theatre at conferences given by Theatre Communications Group in Denver, and at American Express National Arts Marketing Program workshops in Chicago.  She has also been a member of the National New Play Network.

“I’m thrilled that Eileen is moving into the next phase of her life!,” Martinez wrote in an email. “She has given everything to the theatre and the community and it’s long overdue she begins her own (life).”

Together with their board, they weathered numerous opportunities and crises. They  moved with de Acha from a tiny space on Aurora Street just south of the Miracle Mile in downtown Coral Gables to a renovated space with 100 seats on Laguna Street in Merrick Park in 2001. But ten years later, a developer evicted them, forcing them to rent space from the youth-oriented Roxy Theatre near Florida International University’s south campus. Some patrons followed them, others did not.

But structural problems with the Roxy prompted officials to shut the facility, forcing New Theatre to move once again. It is now hosted at the South Miami-Dade Cultural Arts Center in Cutler Ridge, which has attracted new patrons, but also some of their previous audiences deemed the haul too far to drive.

Throughout, Suarez and Martinez have revived classic plays but developed a national reputation as a petri dish for new works, especially through the National New Play Network.

But these are difficult times for many cultural institutions coping with decreasing subscriptions, fluctuating impulse ticket buyers and supporters whose pockets are not as deep as those at other theaters. New Theatre had planned to close this season with Arthur Miller’s Death of a Salesman, but postponed it because the cast is much larger than people remember, Martinez said last month.

Suarez has no full-time job lined up, but the respite gives her time to regroup. She also will be able to see her friends in other productions, something she rarely got to do while working for New Theatre.

“I’m not going to disappear,” she said Wednesday. “But I may cocoon myself and hibernate so I can replenish.”

She wrote, “In closing, I look forward to working, sitting in the audience with you and/or crossing paths with you again in the very near future. The most important thing to take about this is that I’m not saying ‘goodbye’ it’s more of a ‘see you later.’ God bless you all and thank you once again for this once in a lifetime experience.”