Mad Cat Theatre Company’s Paul Tei, Alliance Theatre Lab’s Mark Della Ventura and The Project [theatre], all known for their edgy approach and Gen X/Y/Z-oriented material, are featured in free offerings this weekend at the crockpot of regional performance arts festival, Miami Made.

The cornucopia “made in Miami, about Miami, and by Miami artists” is being hosted by the Arsht Center for the Performing Arts, which is providing its Carnival Studio Theatre, the black box space, as the venue. A schedule and details about tickets are available at http://www.arshtcenter.org/miamimade, or call (305) 949-6722. 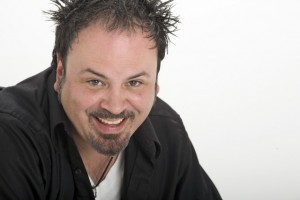 Mad Cat’s entry RPM, an evolving piece by co-founder Paul Tei, is a 45-minute work depicting a tour with DJ Spin as he falls out of love with fame and searches around the globe for what he’s lost. The music-driven exploration of the club culture, is directed by Tei and Molly Gandour, producer of the Academy Award-nominated film Gasland. It’s slated to be performed Friday and Saturday at 8:20 p.m. The cast includes Jim Camacho as Spin, Joe Kimble as Shakey, Paul Homza as Willie, Jennifer Fain as Elizabeth, Annemaria Rajala as Elizabeth the 2nd, Rachel Chin as Big Eyes, and Giordan Diaz  and Jessica Farr in ensemble roles.

Mark Della Ventura, one of the mainstays of Alliance, will perform his own one-man play, Small Membership, about a big boy with a small problem. The show slated for Saturday and Sunday centers on 26-year-old Matt who seeks support for his male insecurity from a group of strangers (the audience). Through a series of flashbacks, the audience is offered glimpses into his childhood and adult struggles with puberty, sexual orientation, insecurity, anxiety, love, heartbreak and self-determined celibacy

Their news release describes the work as “dedicated to blurring the line between spectacle and spectator …  an original series of short works…  that challenge theatrical convention by immersing the audience in the character’s lives – physically and emotionally.”

The audience will arrive at a lounge (the studio theater), chat with other visitors, have a drink. “Before you know it, performers, some who may have appeared to be audience members, begin to play out vignettes throughout the environment. It’s an electric, voyeuristic experience that turns Miami’s nightlife scene into immersive theater worthy of your next status update.”

There will also be “live, high-energy rock disco” from The Hongs, a multi-national electronica group.