Posted on November 4, 2012 by Bill Hirschman 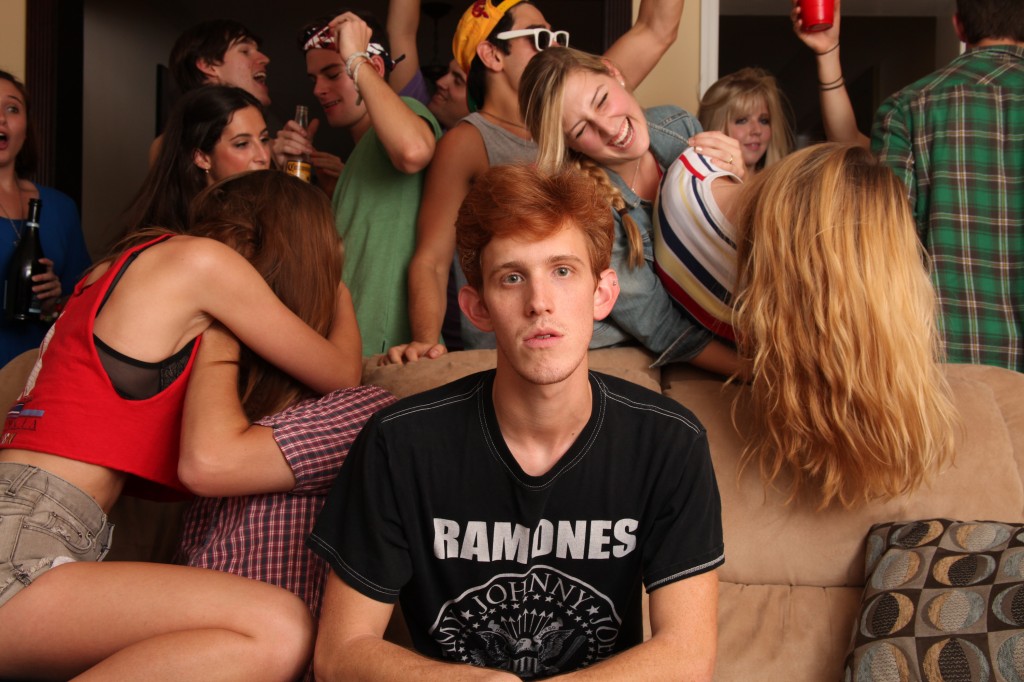 Give the Arsht Center for the Performing Arts an A for effort for taking on a Herculean task of mounting an original show, and a rock musical for that matter, in times when theater audiences are more apt to settle for My Fair Lady or Fiddler on the Roof. Trouble is, Girls vs. Boys, which is being promoted as high-energy with a “throbbing” and “soul-bearing” score never reaches its potential.

Unlike last season’s collaboration with the University of Miami’s Department of Theatre Arts’ production of The House of Bernarda Alba which mixed professionals with UM students, Girls vs. Boys is performed entirely by undergraduate musical theater or acting students. While all of the lead players are talented, no matter how you slice it, it’s a college production.

The Arsht’s Theater Up Close series is meant to showcase “artistic collaboration from stellar local theater ensembles and nationally acclaimed theater companies.” By and large, these productions are illuminating and fulfill the mission. Yet, for subscribers who have received Girls vs. Boys as part of their five-show package, it wouldn’t be illogical for them to leave the Carnival Studio Theater scratching their heads wondering why they spent a night at something that’s closer to community theater instead of professional caliber.

Girls Vs. Boys was written two years ago by key members of the House Theatre of Chicago. The musical was part of a collaboration between Northwestern University’s American Music Theatre Project and the House Theatre. Members of the House Theatre creative team workshopped the play at Northwestern in 2010, using students in the show and having them help develop parts of the show. No doubt the Chicago company’s previous collaborations with the Arsht and its eagerness to give original productions face time, plus the opportunity to work with the University of Miami’s strong Department of Theatre Arts, made Miami a logical choice for its next production of a work-in-progress.

Perhaps the bar was set by previous House Theatre of Chicago’s collaborations with the Arsht. Their Death and Harry Houdini last season was a show that I returned twice to see, while their earlier offering, The Sparrow, was imaginative and enthralling.

Girls vs. Boys was written by the creators of those aforementioned shows, Chris Mathews, Jake Minton and Nathan Allen providing the book, and lyrics with Allen and Kevin O’Donnell responsible for the music. Greg Brown is credited with additional arrangements of the music in the show and for musical direction. He’s an alumnus of Northwestern, and is a member of the Theatre Arts Faculty at UM.

The story of teenage angst tracks a group of seniors embarking on their final year of high school. There’s Casey, nicknamed Stonewall (Nicholas Ley) and his freshman-year sister, Sam (Samantha Drucker). Then there’s Jason (Luke Hamilton) who everyone calls by his last name, Krueger. His relationship with Lane (Rachel Lipman) has resulted in an unwanted pregnancy, and tension caused by Kruger’s new girlfriend, Kate (Shannon Draper). Kate is ready to have her first sexual experience and wants it to be with Krueger. George (Kyle Axman) is a popular ladies’ man, but parties to excess. Stonewall has been on medication since a rage incident with his sister, but in this slice-of-life, he is trying to “feel something” and has decided to stop taking his pills. That’s OK because George is happy to have them.

The show opens on a senior kick-off party at George’s house, where girls are paired with boys, of course. While teenage angst consistently rises to the point of boiling, the problems faced in the book are fairly textbook: teen pregnancy, sex, alcohol, pills, nothing that an episode of Gossip Girls or a Lifetime TV movie hasn’t covered to death.

With its promise of a “fierce” musical, the songs scream angst and anger, yet where is all this rage coming from? The angriest of the two are Krueger and Lane, with Hamilton and Lipman taking turns at songs that are imitations of oh-so-many angry rock songs. For him, “I Can’t Give Up The Ghost” sounds like something swiped from a Billboard chart; for her, it’s the B-side of an Alanis Morissette hit. Hamilton (whose voice isn’t strong enough to carry the tunes) gets three of the same type of songs to gnash his teeth at. Lipman’s riot girl song, where she’s positioned center stage with a microphone on a stand a la a rock concert setting, has lyrics such as “you wanna cut me, see me bleed.” After her venomous diatribe to Krueger, Lane gives one last kick with “thank you for your understanding.”

Other music has a modern beat such as the opening “Glamour,” which could be from a Nicki Minaj songbook with lyrics like “TLC don’t come for free.” The rest of the score sounds like a recycled version of Jonathan Larson’s Rent. Lyrics like “love is a firing line” and “it is better to have loved and lost than never to have loved at all” come off clichéd and not natural to a 17-year-old’s speech.

The characters in Girls vs. Boys come off flat without much depth, which is more the fault of the book than the actors. The teens have problems, and, yes, some are serious, but nothing we haven’t seen before. The show, while it tries emphatically to be relatable, isn’t inclusive. The group lacks diversity and, while they are all sexual, no one in Girls vs. Boys ever questions their sexuality.

The able cast is rounded out by Brandon Beaver, Kevin Corsini, Kaela Flanagan, Chris Goodrich, Andrew Leonard, Mona Pirnot, Clare Rea, and Bridgette Well.
Direction by JV Mercanti, the assistant professor of UM’s Department of Theatre Arts, gets the lion’s share of credit for his ability to keep the large cast contained.

Even though it’s short at 90 minutes, there are expository moments where the action lags. And in its totality, the musical comes off as if it is just not ready for prime time. The authors need to dig a bit deeper before Girls vs. Boys will be ready to take this show on the road as a knockout musical.

This entry was posted in Performances, Reviews and tagged Adrienne Arsht Center, Girls Vs. Boys, House Theatre of Chicago, Theater Up Close. Bookmark the permalink.