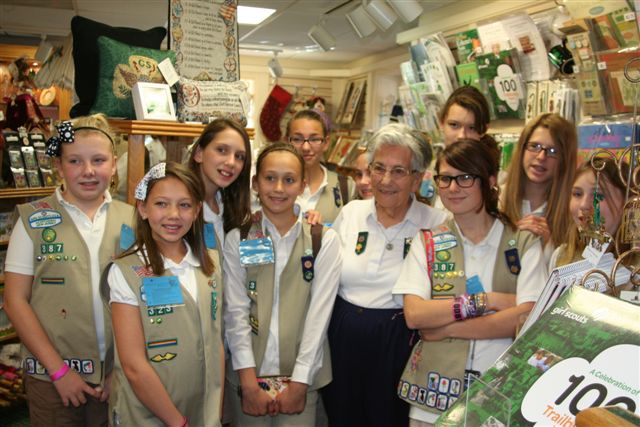 “Lofi” Hirschman, who molded thousands of girls and young women through Girl Scouting over 80 years and who helped establish special education programs benefiting tens of thousands more children, died of cancer Friday at the age of 91 in Chapel Hill, North Carolina.

Lois Rebecca Rosett Hirschman, formerly of Westchester County, New York, and Raleigh, North Carolina, took every opportunity as she traveled the country and abroad to spread a Scout-inspired philosophy of sisterhood, equality, public service and responsibility to the community. Many of those she touched became its ambassadors, exponentially multiplying her legacy.

She rarely met a girl or a woman to whom she did not say, “Are a Girl Scout? Were you? If so, you are my sister.” 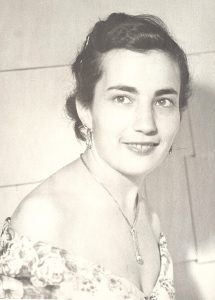 She was born August 7, 1927 in New Rochelle, New York, to Louis Rosett and the former Frieda Sarasohn, leaders in Reform Judaism. She attended several schools, struggling with learning disabilities that were not diagnosed in that era, let alone accommodated. She graduated from Edgemont School in Connecticut, later studied at Goddard College and in middle age took classes at the University of North Carolina.

But from the age of 10 she found a welcoming nurturing home in the Girl Scout movement. “That was the first place that people gave me positive feedback,” she said. She worked her way through the program, even serving as a Wing Scout during World War II, learning to spot the outlines of enemy aircraft.

Over the decades, she served as a leader for countless scout troops in Westchester County, often pioneering integrated troops. Over time, she gained such a wealth of expertise that she began mentoring and then training leaders in New York, North Carolina and across the country. Among her advice was to trust the scouts’ instincts and let them learn by taking leadership responsibilities.

Everywhere she went, she connected with Scouts including an acquaintanceship with the Girl Scouts’ world leader Lady Baden-Powell who gave her a candle with which to light other people’s candles as a symbol of spreading the movement’s beliefs.

She married Stephen Douglas Hirschman, an accountant and auditor, on June 29, 1947. Initially, they lived in Bethlehem, Pennsylvania; then Rye, New Rochelle and Eastchester in New York, before coming to Raleigh in 1970 when Stephen’s employer, Burroughs Welcome, transferred to the Triangle.

The second major thread of her public life began when her second son, Peter, was diagnosed as a small child as having some kind of learning disability in the mid-1950s. Rather than avoid the issue, she and Stephen had Peter treated by a long parade of doctors and educators in the nascent field of treating special needs children. She became involved in actively supporting the special education classes that her son was enrolled in and advocated for their expansion in New York.

In North Carolina, she redoubled her efforts, lobbying the state legislature for funding and championing special education, which was barely in existence. She often walked the halls of the Capitol bringing home-baked goods to lawmakers’ offices, along with material advocating for legislation.

Her work on special education in North Carolina resulted in Gov. James Holshouser Jr. appointing her to the state’s Council on Educational Services for Exceptional Children in 1976-78. Her service was recognized in 1991 with thanks from the state Department of Human Resources, in 1984 by Wake County’s volunteer department, and in 1979-1981 honored by the Raleigh City Council for “outstanding community service.” Governor James B. Hunt appointed her to a commission serving the deaf-blind community. ”

Service in other areas was a major element of her life, ranging from helping underprivileged elementary school children in Chapel Hill learn to read to calling bingo for Alzheimer’s patients in assisted living centers. She advocated for the desegregation of Raleigh Public Schools. She helped teach at Ligon and Vena Wilburn schools in Wake County, hosted visiting foreign students for the American Field Service exchange program, and helped revised the Cub Scout program to serve mentally handicapped boys.

She was an active member of Judea Reform Congregation in Chapel Hill, Temple Beth Or in Raleigh and Temple Israel in New Rochelle, volunteering in several ways including as a classroom teacher. She was especially fond of reading the Jonah portion of the Bible aloud at High Holy Day services – as her mother had done.

Over the years, wife and mother to four challenging children, she had worn numerous hats: a door to door saleswoman, driving a tractor on a farm, a short story writer, inventor of skill-building games for children, a member of the John Peter Zenger Chapel of Printers, and a passionate competitor in bridge, gin and Rummikub.  She loved theater, reading, singing, drawing abstract designs and indulging a droll, offbeat sense of humor – traits she passed on to her children.

Predeceasing her were her husband, Stephen; her sister, Betty Hollender of New Rochelle, N.Y.; two brothers, Kenneth Rosett of White Plains, N.Y., and Edward “Buster” Rosett of Stamford, Conn.; her parents; her father-in-law Simon and her beloved mother-in-law Merle Hirschman of Larchmont and Raleigh.

A memorial and celebration of her life will be held Feb. 22 — the World Girl Scout Thinking Day. More details will be announced. Interment will be the Judea Reform Cemetery. She instructed that those who attend the memorial take something from the array of coffee cups she collected over the years that will be on display.

Contributions may be made in her name to the Coastal Pines Council of the Girl Scouts of America, 6901 Pinecrest Road, Raleigh, NC 27613, or Residential Services Inc., which helps children and adults with intellectual and developmental disabilities, at 111 Providence Rd, Chapel Hill, NC 27514, or go to their websites.