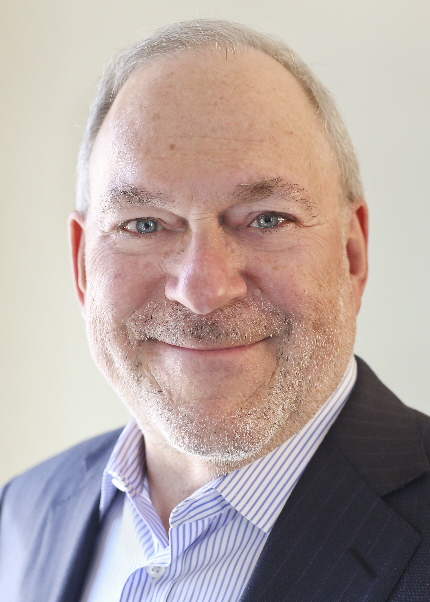 For about three seconds Sunday night, the Tony Awards broadcast a pre-recorded glimpse of Miles C. Wilkin and slipped in a sentence saying that he was receiving a “Special Tony Award.”

His name was easily recognizable to the true movers and shakers in the Beacon Theatre even as he was virtually unknown outside that circle.  But Wilkin, a native Floridian now returning to live in South Beach, has been one of the people who transformed the quality and amount of theater that the rest of the country has seen in their communities over four decades.

Wilkin was among the pioneers who took a modest national touring program and amped it up into what eventually became Broadway Across America. He and his colleagues not only brought an ever-burgeoning menu of Broadway fare to people who had never left their hometown, but they encouraged the development of major performing arts centers to present them in, invested in hundreds of shows and even pushed the creation of the national on-line theater promotional site, Broadway.com.

Until a few weeks ago, Wilkin was the chief operating officer and executive vice president of Key Brand Entertainment, the parent company of Broadway Across America. Then major stockholder John Gore bought a controlling share and rebranded the company The John Gore Organization. At that point, Wilkin became vice-chair of the company’s board of directors and moved to Miami Beach.

“What I have tried to have for 35 years is a vision and a belief that communities and audiences in middle America and as well as North America deserved the same caliber of Broadway as exists in New York,” he said in a recent telephone interview.

“Thirty-five years ago, we didn’t know if we could pull it off. But you had communities like Fort Lauderdale and Orlando and you had a situation where you had the symphony, the opera and the ballet, maybe a NBA franchise. I believed commercial theater touring deserved to be alongside those activities and I think we’ve accomplished doing that. To me, the Broadway season is as important a season culturally as those other activities.”

In a news release, Charlotte St. Martin, president of The Broadway League, and Heather Hitchens, president of the American Theatre Wing, were jointly quoted as saying, “Miles paved ‘the road’ for the modern Broadway touring system, and his accomplishments have been monumental and central to the success and economic growth of our industry… Because of his innovative and groundbreaking touring systems, theatre fans across the country have been able to experience the magic of Broadway.”

A key aspect was to financially invest in Broadway productions so that the company had more shows to tour and first call on the rights. “Thirty-five years ago, there flat out weren’t enough” shows, he said. “It’s hard to believe now because we’re in the greatest period of shows in the history of Broadway.”

As a result, Broadway Across America in various incarnations invested in 350 shows, sometimes a minimal involvement, sometimes in a major way. Wilkin’s resume claims Tony Awards for direct involvement as a producer in Spamalot, Hairspray, The Producers, Fiddler On The Roof, Gypsy and Jerome Robbins’ Broadway.

National tours have existed for a century at least. Floridians particularly remember Zev Bufman who populated the Parker Playhouse in Fort Lauderdale. But most of those tours played a smaller circuit and many tours had not originated on Broadway.

Wilkin began working for Pace Theatrical in 1982. With his creation of what would be renamed Broadway Across America, he took the lead expanding the theatrical efforts across the continent, increasing the number of shows available and advising communities seeking to build houses to mount the larger shows as well as other arts.

Many regional theaters have seen their season subscription numbers weaken as patrons cherry pick which shows to see, often deciding only days in advance. But the Broadway tours have not seen the same problem, Wilkin said. “Our subscriptions have had steadily grown across five to ten years.” Part of that is due to seasons anchored by blockbusters that have had major word-of-mouth and publicity buzz like Wicked, The Lion King and more recently, The Book of Mormon.

It had been quite a journey. Wilkin was raised in Winter Haven and received his degree in Business Administration from the University of Florida in 1971. He worked in the university’s administrative staff until 1978. He was appointed by the mayor of Orlando to oversee the city’s venues in 1978. In 1979, Wilkin opened and managed the Saenger Performing Arts Center in New Orleans.

While he is not bowing out of the current operation, he is sanguine about a reduced role: “I believe there are many different approaches…. I believe that my best choice was to train and empower a younger generation and let them take the reins a little bit. That’s what I’ve chosen.”

This entry was posted in Features and tagged Broadway Across America, Miles C. Wilkin. Bookmark the permalink.