Challenges When West Side Story Staged By A Puerto Rican 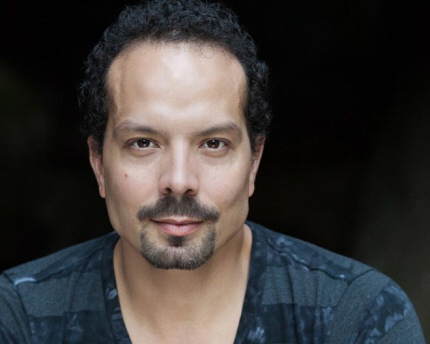 For a theater director born in Puerto Rico, West Side Story poses a few extra challenges.

Marcos Santana has to deliver the beloved musical both as the strict licensing company requires and the Maltz Jupiter Theatre’s audiences want to remember it.

But the 62-year-old depiction of gang warfare between the New York City natives, the Jets, and the Puerto Rican immigrants, the Sharks, contains some aspects that don’t quite ring true for contemporary residents of the Caribbean island.

The creative team of Jewish New Yorkers – Leonard Bernstein, Arthur Laurents, Stephen Sondheim and Jerome Robbins – were not all that familiar with the culture despite research. Sondheim famously worried at the time, “I’ve never even met a Puerto Rican.”

“The big challenge to me is there are certain aspects of the writing that I personally consider that depict my culture the wrong way,” said Santana, a director and choreographer who wowed Maltz audiences in 2017 with the production of Newsies.

Some of it is simple things, such as the way a Spanish word is spelled in the script.

Others are more problematic, most noticeably the song “America” in which the Sharks sing paeans to their homeland while their girlfriends sarcastically tease them with reminders of the poverty and other ills.

“Back home in Puerto Rico, everybody knows the show and everybody has a very specific opinion if it. Everybody loves America,” Santana said. “But we consider America to be the entire continent, not just the United States. And we don’t understand why anyone in their right mind would say, ‘you ugly island’ (about Puerto Rico.) No Anglo Saxon person would say, ‘United States, you ugly country.’ ”

That and other issues dealing with ethnicity are even more fraught with sensitive pitfalls than a half-century ago. The challenge, he said, “is finding a balance telling the story from the both sides, from the Jets’ and the Sharks’ points of view. It’s about race with both sides understanding each other – finding that fine balance with what was written.” As with the last major Broadway revival, the Sharks will occasionally speak their lines and sing some lyrics in Spanish, written by Lin-Manuel Miranda.

To some degree, Santana hopes to ease the problems by having actors give slightly different spins on their line readings, making what might seem critical comments be “more playful.”

Other challenges are artistic. The licensing company will not allow this production to duplicate the iconic Robbins choreography and staging that some audiences will expect. So Santana and his choreographer Al Blackstone from the Maltz’s Newsies will have to work it up from scratch.

The project originated even while Santana and Blackstone were in rehearsals for Newsies. Maltz Producing Artistic Director Andrew Kato asked if Santana was interested. Santana had not directed the piece before but he had performed in it as a dancer in a national tour. “It’s a masterpiece of theater no one can deny that,” he said.

To bring a freshness to the piece without affecting the raw material, Santana came up with an original idea during the 10 months of preparation. The show will open and close wordlessly with the image of Maria in the present day, now an older woman remembering back on the tragedy.

The juxtapositions of today and yesterday is valid, Santana said, “Here we are in the same political climate. I think we have a responsibility to keep this alive.”

This entry was posted in Features and tagged Maltz Jupiter Theatre, Marcos Santana, West Side Story. Bookmark the permalink.