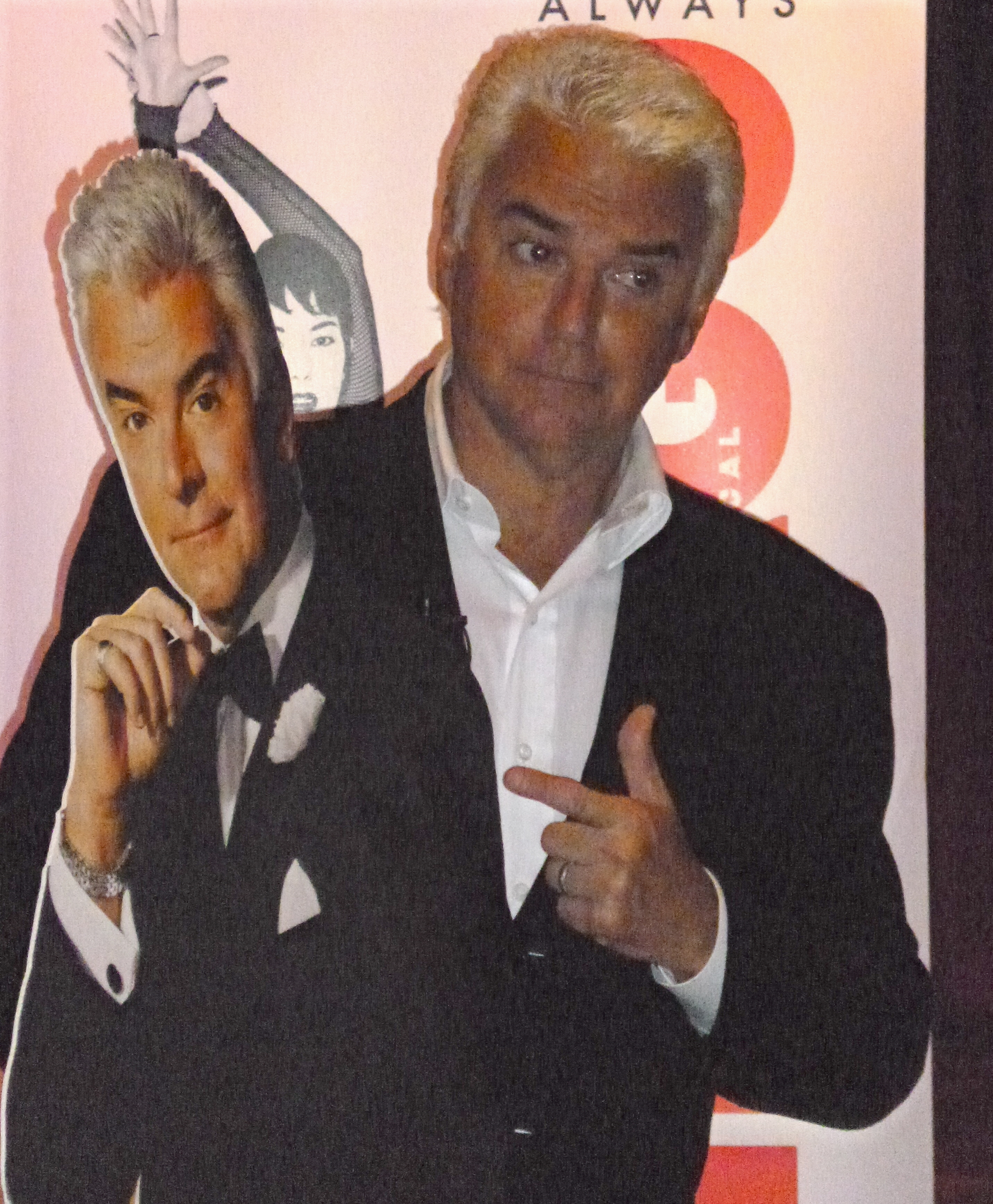 Yes, he’s tall with tanned good looks, a shock silvery white hair and a smile made for a toothpaste commercial, but you could zip John O’Hurley into an opaque body bag and still recognize him by that Voice.

It’s that voice that will bring in many audience members next week when the Broadway Across Fort Lauderdale series opens its season with O’Hurley headlining as the archetypical amoral lawyer Billy Flynn in a return engagement of the scorchingly sexual and cynical Kander and Ebb musical Chicago.

Brought to town Monday for a meet-the-patrons event at the Broward Center for the Performing Arts, O’Hurley exuded a genuine charm speaking fondly of the single year he lived in Fort Lauderdale – his senior year before graduation from Cardinal Gibbons High School in 1972.

In interviews, the sonorous voice is scaled back and a genial, affable persona emerges completely alien to the pomposity of J. Peterman. It only resurfaced in a funny self-deprecating speech to the Broward Center patrons in which he recapped the unusually high number of broadcast shows he has been connected to that ultimately folded, leading him to dub himself The Grim Reaper of Television. It’s a well-polished bit he has used before. (See it in an earlier delivery at  http://videos.sacbee.com/vmix_hosted_apps/p/media?id=36556161&item_index=&genre_id=00000291)

But for many people unaware of his theater chops, he spent much of the time gently establishing his bona fides for those who only know him from television. To begin with, he has played the role more than 1,000 times in the past decade on national tours and two sprints through Broadway. In fact, it is so much of his life over the past decade that he used the phrase, “When I go six months not doing it….” it’s unusual.

He praises the work as having one of Kander and Ebb’s best scores and Bob Fosse’s best choreography. And the revival production directed by Walter Bobbie and choreographed by Ann Reinking 17 years ago remains so perfectly put together that “I don’t need to rehearse the show. I can walk just into it.”

But it’s not a cakewalk, so to speak. Billy is so absent a moral code that the challenge is to make the audience still pull for him to succeed. “You have to like what he does, not why he does it.”

Still, it never gets old, he says. “Every night, I say a prayer at some point that I want to be surprised by something to keep me in the moment.” So far, he always has been.

For him, the part keeps deepening; he keeps adding layers. In recent years, he has focused on how the pragmatic Billy can turn suddenly paternal. “After (one inmate) is hanged, the game changes. The stakes are higher.” The heroine Roxie turns to him in genuine concern. At that point, O’Hurley says, Billy takes his job seriously to protect her.

This round has an intense schedule. His meet and greet with the news media and patrons in Fort Lauderdale was at noon Monday. The day before he was in Madison, Wisconsin, prepping for the opening of the 11-city tour. Immediately, he was back on a plane so he could open the show in Madison the next night.

He’s not overly worried. Billy is one of two perennial roles that O’Hurley keeps in his back pocket so he can parachute in when producers call. The other is King Arthur in Monty Python’s Spamalot, a show he did in Las Vegas and on the road, most recently at the St. Louis Muni Opera. He clearly adores the part, which he describes as “J. Peterman 1,000 years earlier” and likens the wackiness of the show to “doing a play for your parents in the basement.”

For O’Hurley, that basement growing up was in West Hartford, Connecticut, where his mother and father, a surgeon, raised five children. The dyed-in-the-wool Yankees never thought they’d leave. But in 1970 a daughter died of an epileptic seizure and the family tried to escape the daily reminders her death by moving to Broward County in 1971.

John obviously was anxious about moving at such a crucial time. The culture shock was considerable since, he said, his peers in Connecticut were wearing Army jackets and blue jeans whereas his new classmates wore “body shirts and polyester pants with a white belt and using a Gilette Hot Comb.”

But the year was a turning point in his life.  No one knew him, freeing him from all his past baggage and allowing him to reinvent himself. “It really was an epiphany for me. I didn’t have to be who I was. I could be who I wanted to be.”

“I became an A student because I didn’t know I couldn’t. I could become the greatest actor in the world because nobody knew I couldn’t.”

Before graduating in 1972, he joined the golf team and played a little basketball. But he gorged himself on his childhood love of acting. He appeared in the school’s productions of Moliere’s The Doctor In Spite of Himself, Enid Bagnold’s The Chalk Garden and one-man shows that often involved pantomime in the style of Marcel Marceau.

His family returned to the Hartford area the following year. But by the time he left for Providence College to major in theater and opera, his course was set, thanks to his time the South Florida.

So this is a theatrical homecoming of sorts, such as when he performed in Hartford recently. “You want to have these moments when you can look back over your life” by seeing where you’ve been.

This entry was posted in Features and tagged Broadway Across America, Chicago, John O'Hurley. Bookmark the permalink.