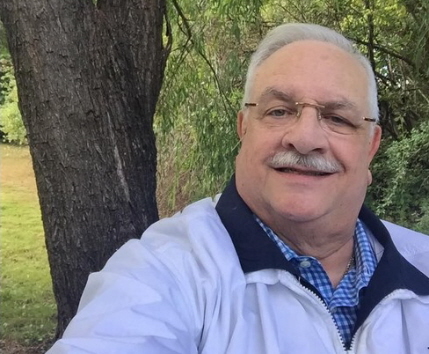 It’s impossible to write a conventional, stay-within-the-lines obituary worthy of Alvin Entin, an unique and special human being who invested his lifeforce in at least five passions simultaneously: a proud family man, a loyal and supportive friend who gifted us with a hundred silent mitzvahs, a hard-working far-travelling defense attorney, a political activist who put principle over party label and, of course, a pillar of South Florida community theater whether it was acting, leading its board, or just working inside the ticket booth on opening weekend.

Alvin died Sunday at the age of 75 after surviving COVID and having just returned home Saturday after a stroke Tuesday that had impaired his ability to speak. But he was still weighing in on Facebook Saturday about Trump and the virus.

Alvin knew truly fine theater; we would talk about professional productions he had seen. He had prints on his walls by Hirschfeld. His knowledge, especially about Gilbert & Sullivan, was encyclopedic. His discernment and taste were unassailable. But he took offense when a critic like me would carelessly use the term “community theater” in a review of a professional show to represent a passionate, well-meant but second- or third-rate production.  He believed that community theater can be done well, that it can satisfy an audience creatively and intellectually, and, at the very least, that it gives the community an opportunity to participate on stage and in the audience that they would not otherwise have. It also provided a launching pad for several people now working professionally locally and across the country. When I would attend a PPTOPA show, he always ran up to me after the curtain call, whether he was performing or not, with a face beaming with pride that probably could be seen in another solar system.

The entire theater community – as well as numerous politicians and defendants —  are grateful that his wife, Lois, and his family shared him with us. There are and will be other people in our lives that have that kind of weight and moment. But the now-empty void where Alvin stood in the fabric of our lives cannot be filled.

This entry was posted in News and tagged Alvin Entin, Pembroke Pines Theatre of the Performing Arts. Bookmark the permalink.