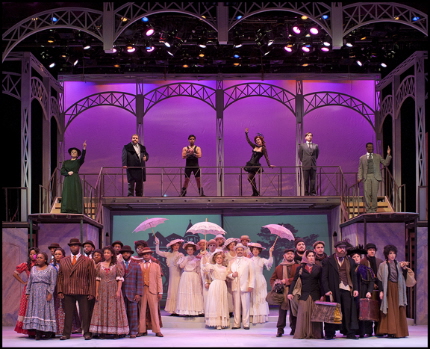 Ragtime, Les Misérables and Big Fish, three epic productions stretching the resources of their companies, are among the musicals vying to collect the most gold in the 40th Carbonell Awards recognizing excellence in South Florida theater that will be held this spring.

Click here to read a complete list of 2015 Carbonell Award nominations and breakdown by show, theater and county.

The nominations announced Wednesday for the coveted awards recognize an increasing level of achievement by both high-profile tentpole theaters specializing in mainstream work, such as Actors’ Playhouse, and younger small troupes attracted to intellectually challenging titles, such as Thinking Cap Theatre.

But it also spoke to a consistency of quality with most of the nominated theaters being tapped for more than one production. In fact, Palm Beach Dramaworks received nominations for work in every single one of its five full-scale mainstage productions during the eligibility period of 2015.

The distribution county by county also illustrated one reversing trend and one puzzling one: The theaters in Broward County – the poor relation of the region – suddenly boosted the county’s total number of nominations dramatically, while the figure dropped in Miami-Dade County.

The Carbonell Awards begun in 1976 by area theater critics will also celebrate its emergence as a nationally-recognized program, which also bestows scholarships and special awards recognizing career-long contributions. While many local theater professionals privately disdain the inherently unfair nature of any genre-crossing artistic competition, they also display the golden statutes in their lobbies, cite them on grant applications and list them on their Playbill bios.

Awards in 20 categories, the special awards and the scholarships will be presented in a ceremony April 4 at the Broward Center for the Performing Arts in Fort Lauderdale. The evening was nicknamed Theater Prom by the arts community because the celebratory event is attended by theater professionals dressed up in evening gowns and tuxedos – as well as blue jeans and well-laundered T-shirts. For tickets information, see the bottom of this story.

Fifteen theaters won nominations, among them:

Maltz Jupiter Theatre had the most nominations with 21, fueled by three of its five productions: its lush production of the Les Misérables (10 nominations), its reworking of the dance-heavy musical Billy Elliot (6), atypical for the mainstream Maltz, the obscenity-laced straight play about greed Glengarry Glen Ross (4) and one for The Wiz.

Actors’ Playhouse in Coral Gables earned 11 nominations including nine for its soaring production of Ragtime that included 40 cast members and hundreds of costumes, plus one  for supporting actreas for Laura Hodos in the spoofy musical Toxic Avenger and one for Conor Walton as best supporting actor in his multiple roles – most intentionally over-the-top — in First Date. 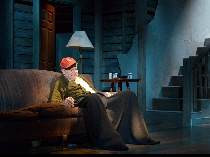 Companies that produce musicals usually have the most nominations because they compete in extra categories like choreography and musical director. But Palm Beach Dramaworks scored 14 nominations with only straight plays including the surreal Sam Shepard drama of family dysfunction Buried Child with five nods, Picnic (4), Lady Day At Emerson’s Bar and Grill (1), Les Liaisons Dangereuses (1) and The History Boys (3) — every mainstage production it mounted in 2015.

Island City Stage, which swept its categories two years ago with the vest pocket production of The Timekeepers, is in contention to do something similar with its acclaimed production of Daniel’s Husband (6 nominations) centering on the fallout of a decision by two gay men not to get married. 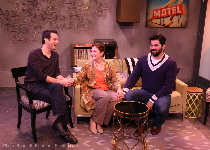 Zoetic Stage, the company performing at the Arsht Center in Miami, gathered 6 nominations for Harold Pinter’s Betrayal (2) and Stripped (4), the latter including a lead actress nomination for Lindsey Corey as the immigrant mother trying to regain custody of her child while working as a pole dancer.

GableStage in Coral Gables also received a half-dozen nods associated with its productions of Constellations (2), the two-hander about multiple universes; Casa Valentina (3), about a resort gathering of men who dress in women’s clothing, and Choir Boy (1), an ensemble piece about a gay black student at a prestigious prep school.

The Wick Theatre in Boca Raton collected 5 noms for four of its productions. It’s Hello, Dolly! made national headlines for starring Lee Roy Reams as only the second man to play Dolly in a mainstream production, but the show’s only nomination went to Lewis J. Stadlen’s supporting role of Horace Vandergelder.

The eclectic Thinking Cap Theatre, which moved into the new Vanguard Sanctuary for the Arts, received 3 nominations connected to its production of literary Vita & Virginia, and the rocking’ musical Always…Patsy Cline.

To some degree, the county-by-county nominations reflected the shift in where theaters perform, such as the move of Slow Burn Theatre from West Boca Community School to the Broward Center for the Performing Arts.

Palm Beach County still led with 47 nominations up from 44 the year before, although five are for Slow Burn productions before they left the county. More telling, Broward County jumped from 4 nods last year to 25 this year, not just because of Slow Burn but also nominations for Thinking Cap Theatre. Miami-Dade County, once the undisputed leader in the region, earned 28 nominations compared to 50 last year – but it lost no theaters like Palm Beach did.

As usual, some artists will be competing against themselves. Shane Tanner, a popular and talented baritone, had a banner year and is nominated as leading actor for his fanciful father in Big Fish and best supporting actor as Jud in the Wick’s Oklahoma.

Director J. Barry Lewis was nominated for best director for the same two plays with Donohoe. He’s up against Zoetic Stage’s artistic director Stuart Meltzer running against himself for Pinter’s exercise in pregnant pauses Betrayal and for the original work developing Demos-Brown’s Stripped.

Ann Marie Olson, who won standing ovations last month as Rose in Broward Stage Door’s Gypsy, is nominated as lead actress in a play with the title character in Always…Patsy Cline and in the lead actress in a musicak as the loyal wife in Big Fish.

McKeever will be in contention for both best new work and best supporting actor as the businessman beau in Dramaworks’ Picnic.

Slow Burn co-founder Patrick Fitzwater is the only triple nominee, recognized as the director of Bonnie & Clyde and the director and choreographer for Big Fish.

Veteran local actress Elizabeth Dimon is also double nominated for her chameleonic roles in Summer Shorts and as the feisty grandmother in Billy Elliot. Ellis Tillman, who seemingly designed costumes for half the shows in the region last year, is tapped for the men-in-women’s costumes for Casa Valentina and for coordinating or building hundreds of costumes for Ragtime.

The recipients will be announced for the program’s scholarships, renamed this year for the late Jack Zink, the Sun-Sentinel critic who helped found and administer the awards.

The on-sale date for group sale tickets of 10 or more for theaters, nominees and the Carbonell Awards organization will be Wednesday, January 20, at 10 a.m. Details will be posted on the Carbonell Awards website, CarbonellAwards.org. Group sale tickets are $20 plus a service fee. Starting March 7, single tickets priced at $25 plus a service fee will go on sale to the general public and can be purchased by calling 954-462-0222. Day of show tickets are $35 plus service fee. Tickets will also be available at the Broward Center’s box office or by visiting www.browardcenter.org