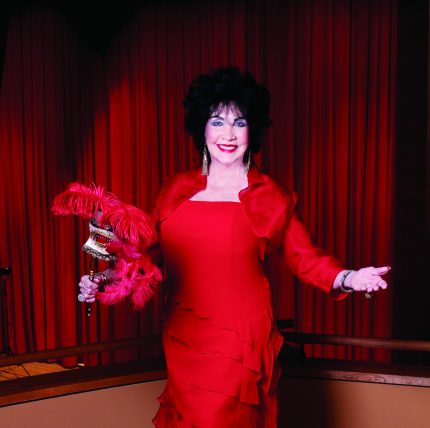 The 45th annual Carbonell Awards gala has been moved a week to Nov. 7 so as not to conflict with a Celebration of Life scheduled to honor the late South Florida theater legend Jan McArt slated for Nov. 14.

The nicknamed “theater prom,” which honors excellence in regional theater, will be held at 7:30 Monday Nov. 7 at the Lauderhill Performing Arts Center.  (Read the full earlier announcement story at https://tinyurl.com/256d86rt)

A celebration for McArt, who died in January 2021, had been slated earlier but was rescheduled in the throes of Covid. Several local theater artist had sought the change for the Carbonells because some of McArt’s friends and colleagues are flying in for her celebration.

Jeff Kiltie, board president of the Carbonell Awards, wrote, “Widely hailed as the ‘First Lady of Florida’s Musical Theater,’ Jan’s career ranged from opera, Broadway, concerts and TV before she established Jan McArt’s Royal Palm Dinner Theatre and Jan’s Rooftop Cabaret Theatre. Not only was she an early recipient of the Carbonell’s prestigious George Abbott Award for Outstanding Achievement in the Arts, Jan received the Carbonell Best Actress Award for her performance in Nightclub Confidential, and her various productions garnered an astounding 278 different Carbonell Award nominations.”

McArt’s daughter, Debbie Lahr Lawlor, wrote, “My mom was so proud of her Carbonell Awards and nominations. I am beyond grateful for the generosity of spirit that moved the Carbonell Board of Directors to reschedule their awards date. We look forward to celebrating my mother’s incredible journey together with her theater family.”

“The Carbonell Awards ceremony on November 7 at the Lauderhill Performing Arts Center will be our first live, in-person event since April 2019,” says Kiltie. “Everybody’s favorite ‘Theater Prom’ is back—and we’re looking forward to a truly joyous celebration at our new and larger location so that more friends, fans, family members, and theater lovers can join us.”

This entry was posted in News and tagged Carbonell Awards, Jan McArt. Bookmark the permalink.