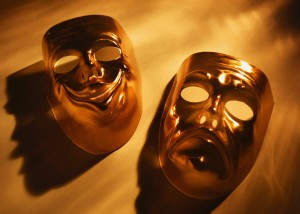 The fifth annual celebration of theater that investigates what it means to be a lesbian in the 21st Century kicks off this Friday with Girl Play, staged readings of short plays sponsored by The Women’s Theatre Project.

Eighteen 10-minute plays from playwrights around the country will be featured, six each on Friday and Saturday nights at 7:30 p.m. and Sunday afternoon at 2 p.m. at the Pride Center at Equality Park, 2040 N. Dixie Highway in Wilton Manors.  A get-together with music, snack and cocktails, called Foreplay, will be held for a half-hour before each production. A talkback is scheduled after each night’s performances

The scripts include Litter by Maria Brandt, The End by Leslie Powell, Off by Joey Brenneman, Princess by Amy Hollon, Rebecca Will You Marry Me by Ariadne Blayde, Hedda & Whitney’s Honeymoon by Marsha Meyers, Searching For Mary Jane by Anna Nicholas, Digging Up Aunt Billie by Lindsay Marianna Doukopoulos, ToFurkey Day by Allie Costa, Mary’s Baptism by Connie Schindewolf, Recently Discovered by Sharon Goldner, The Conductress by Lynn Wells Nelson, Late Night with Mu Shu Pork by Martha Patterson, Passionate Partners by I. Zephyr, Essie & Rachel Raising a Son by Sharon Goldner, Don’t Play it Safe by Inbal Kashtan, Hypocrites & Strippers by Kim Yaged, and The Happy Ones by Kim Ehly, founder of South Florida’s Kutumba Theatre Project. They were chosen from more than 100 scripts submitted.

This entry was posted in News and tagged Girl Play, The Women's Theatre Project. Bookmark the permalink.