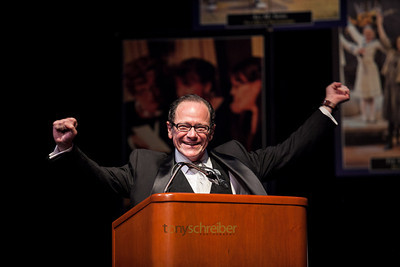 Michael McKeever’s Stuff, winner of the 2011 Carbonell for best new work,  will receive a staged reading in New York on Thursday, June 28 featuring an A list of veteran actors.

McKeever’s somewhat comic, ultimately tragic story of the Collyer Brothers, received its world premiere at Caldwell Theatre in July 2011 where it was a popular and critical hit.

The reading will be directed by Shelley Butler (This Is Fiction at the Cherry Lane Theatre, The Borrowers  at the South Coast Rep).

The play investigates the nature of obsession and the inability to change by examining the lives of the two infamous hoarders whose coddled and privileged life in a four-story Harlem mansion made them unable to cope with the social evolution of the 20th Century. It is set both in 1929 at the height of their wealth and accomplishment, and two decades later when they died surrounded by a choking nightmare of acquisitions and filth.

The reading was arranged by McKeever’s agent, Barbara Hogenson, who also represents Butler.

McKeever, who will go to the New York to attend the reading, said Thursday, “It’s really quite wonderful. I couldn’t be happier with the cast and the caliber of the  director.”