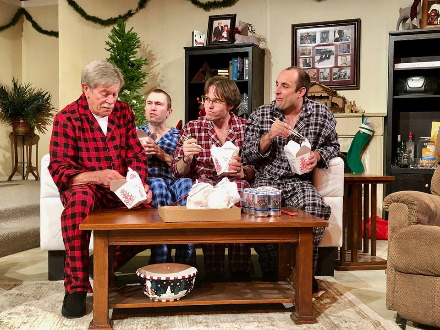 Give Our Regards To Broadway

Usually, often, South Florida gets to see a New York hit six months, a year, even two years after its opens in Manhattan. But this time Floridians got to see something before Broadway patrons.

A shout out for prescience is due Thinking Cap Theatre in Fort Lauderdale which produced Young Jean Lee’s Straight White Men in a hilarious deftly-limned production back in December, directed by Elizabeth Price and starring Jim Gibbons, Noah Levine, Clay Cartland and Tom Anello. (Read the review at https://tinyurl.com/y7r2vpml.)

Broadway has finally caught up with South Florida with the opening this week of the play starring Josh Charles and Armie Hammer. It had played at the Public Theater earlier.

Susan T. Danis, the general director and CEO who led the revitalization of the venerable Florida Grand Opera is leaving Oct. 12 to become president and CEO of the La Jolla Music Society and The Conrad Presbys Performing Arts Center. 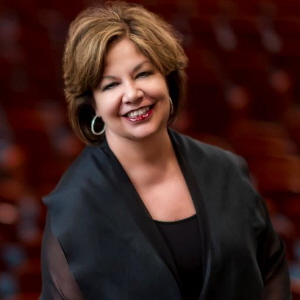 Danis encouraged production of titles rarely or never done at the Miami institution such as The Passenger, Before Night Fall and Mourning Becomes Electra. She also helped develop the Made for Miami series, and championed education and outreach programs meant to bring in new audiences.

“This was not a decision I took lightly,” Danis wrote in a news release this week. “The past six years have been very rewarding and I am very proud of the opera we created and the impact FGO has had on the community. I want to extend my thanks to the FGO board for their leadership, the staff for their commitment, and all of the patrons who support FGO that I will miss very much. I wish the company much success and continued growth.”

Moss is well known to South Florida audiences, in part because of his hundreds of pre-show lectures. But before joining FGO in 1993, he held management positions with Virginia Opera, Baltimore and Boston Lyric Opera as well as serving on grant panels for the National Endowment for the Arts.

FGO also has hired Howard Bender,a vice-president of the Virginia Opera, to serve as Chief Development Officer, focusing on fundraising.

This summer, FIU Theatre hosted The Greenhouse, an initiative to support professional South Florida playwrights with the development of new play scripts. Three playwrights were selected for one-week intensive residencies to workshop and revise a draft of a full-length play.

Each playwright teamed up with a director, dramaturg and actors. They met three times during a week to read through the script and discuss it with the writer. The playwright then could revise the work before the next meeting. The process culminated with a free public reading of the latest version.

Joel Murray, Chair and Artistic Director of FIU Theatre, wrote in a new release. “We wanted to create a program to support their work and contribute to the development of new plays that are homegrown in our community.”

“There are a lot of script development programs across the country, but it’s often hard to put everything on hold and travel somewhere else,” said Michael Yawney, the project’s Managing Director. “The Greenhouse makes developmental programs more accessible to South Florida playwrights so they can take their scripts to the next level.”

The workshop was helmed by director Margaret Ledford, artistic director of City Theatre, and dramaturg Christine Dolen. freelance journalist and theater critic for the Miami Herald for 36 years.

Other plays developed included Betty Shamieh’s Malvolio, a sequel to Shakespeare’s Twelfth Night, and Israel Garcia’s  Investments in Time and Money, set in the Great Recession of a few years ago.

But an increase in rent has forced her to leave the Deerfield Beach location she has occupied for 27 of the company’s 40-plus years of existence. She has been holding a sale much of this month to liquidate as much inventory as possible.

A reorganized operation will relocate to 2313 NW 30th Place in
Pompano Beach which will also provide rehearsal space for the theater. The firm will continue to rent costumes to theaters, but eliminate much of its street-trade, focusing instead on people wanting high-end costumes for parties and events.

Wick wrote in a news release, “Patrons have recently reached out to ask me if this move signals a closing, or if The Wick Theatre and Costume Museum will also be transplanted. The answer to both queries is no! Costume World will continue to be America’s largest theatrical costume rental supplier in its new home, and the Wick Theatre and Costume Museum is gearing up for a spectacular sixth season of amazing musical productions in Boca Raton.”

Miami-based artists including choreographers, playwrights, composers and performing arts organizations have one month left to apply for a piece of $500,000 grant program from the Knight Foundation for the New Work Miami initiative “to bring fresh ideas to the stage.”

The Knight New Work Miami project is open to emerging and established artists “with a strong connection to Miami” and to arts organizations based in Miami-Dade County in partnership with artists. The proposed work must premiere i during the 2020-21 or 2021-22 seasons.

“New Work will showcase artists who take risks, innovate, and inspire people. We’re not looking for nice, safe ideas. We want to commission art in Miami that has the potential to be groundbreaking – created and performed at the highest levels,” said Victoria Rogers, Knight Foundation vice president for arts.

Knight funding will support the development and premiere of the piece, though organizations and artists can seek additional funding from other sources.

More information on Knight New Work Miami, and the application, is available online at kf.org/newworkmiami. Submissions are due August 31

Susan Krajsa, a native Floridian and longtime Fort Lauderdale resident, has been named President of Broadway Across America, the company providing national tours across the country including to Broward and Miami-Dade counties.

Krajsa has been with the company for 27 years, most recently serving as “Executive Vice President, Presenting” working out of an office in the Broward Center for the Performing Arts complex.

She will continue to oversee the relationships with the theatrical presenting institutions and partners in 44 cities and supervise the regional management team.

Krajsa was recently recognized for her contributions to the industry in 2016 when she was honored by the Broadway League with the Samuel J. L’Hommedieu Award for Outstanding Achievement in Presenter Management.