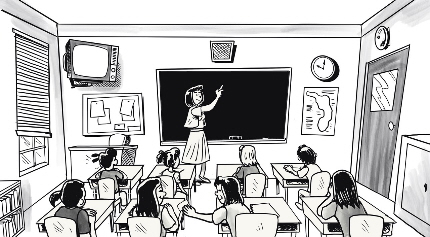 A frequent topic of reform over the past nine months has been the need for theaters to plug in more completely with the interests and culture of the diverse communities they serve. And few South Florida companies are as committed to the evolving future of the art form than Theatre Lab, which had been as progressive as nearly any other troupe pre-pandemic.

So it is not a surprise that this professional resident theater on FAU’s Boca Raton campus has invested its growing expertise in multi-media theater performance in a heartfelt memoir of a Cuban-American girl who grows up perceiving a growing, resonance between Berlin escaping Communism when the Wall fell in 1989 and the unrealized-as-yet dream of Cuba escaping Communism.

Miami-based playwright-director Vanessa Garcia, who has written extensively about Cuban-Americans’ yearnings for their homeland, has penned an imperfect but ultimately touching script for Theatre Lab’s world premiere of Ich Bin Ein Berliner.

The work is available two ways online through May 23: First, in an audio-only form similar to a podcast or radio play. Second, in an especially intriguing version, that audio is enhanced by a parade of cartoon-like illustrations amplified with simple animation, melded news clips of John F. Kennedy and Ronald Reagan, a camera panning across montages of photographs of Garcia’s family and their trips back to Cuba, plus taped interviews with Garcia’s mother and some words from her late grandfather.

Theatre Lab’s artists, including Artistic Director Matt Stabile who helmed this project, have often pushed gently at the tropes and paradigms of traditional theater. Similarly, Berliner is a courageous experiment that works relatively well on its own terms, but mainstream audiences will have to work a little harder to find and settle into its special groove, which changes half-way through.

In essence, Garcia has written an autobiographical piece brought to life in theater terms, injected with wry humor and gentle compassion as she traces her real-life intellectual and emotional journey.

The structure is a memoir. While vignettes illustrate moments in her development of her feelings from childhood to the present, the last third of the hour-long evening seems like a deftly illustrated but straight-ahead TED Talk with Garcia and her real mother discussing a memorable trip to Cuba and the resulting final coalescing of Garcia’s connecting of the two situations.

From the first, there is a subtle sense of a polemic; indeed, as the story goes on, increasingly we hear the present Vanessa narrating her inner journey and evolving opinions rather than theatrically depicting a narrative arc. That’s not wrong by any means, but it is a different paradigm that audiences seeking traditional theater may be expecting.

The piece opens in 1989 with 11-year-old Vanessa in a fifth-grade class in Miami where playful teasing stops when the television depicts the fall of the Berlin Wall. Her friends continue horsing around but Vanessa breaks down in tears with no idea why.

Like much of the first third of the play, this is illustrated with simple cute line drawings of children and teachers, echoing Peanuts and The Simpsons. It’s sort of how the little girl would playfully remember her childhood. Frequently, the immobile cartoon cels are enlivened a bit by some very simple animated moves such as students passing notes to each other or someone raising their hand to answer a question.

The 21st Century cartoonish Beavis & Butthead vibe (A pregnant teacher’s face literally turns green and she vomits) seems at odds with the obviously serious core of the play we expect. But it allows Garcia to inject humor, such as when a teacher with an accent tries to regain order in the classroom: She says, “I cannot be a policeman and I cannot put you in yale.” To which one child, says, “Why not? I want to go to Yale, it’s a good school.”

Present day Garcia, who becomes the tale’s narrator, describes later events – the subject coming up in a 10th grade history class and an aborted plan to visit Cuba with her sister while in their teens.

As the play progresses, the visual element leaves the cartoons behind in favor of simple but ever more sophisticated visual creations – such as slightly blurry black and white impressionistic depiction of a Levi’s jeans commercial showing the German Stasi searching a visitor’s bags for contraband jeans. The ad makes a young Garcia question whether her reaction to the wall resulted from American propaganda that Communism was evil.

The journey ends with an extensive recounting of her first visit to Cuba with her mother when she was 35, a separate revealing visit to Germany, and then subsequent visits to inform her writing, which only underscore a deep seated hunger to see the homeland be freed from tyranny.

Despite faults, the production has two overwhelming virtues. The first is Garcia’s verbiage. She launches into powerful disciplined passages brimming with emotion. Some are simple, direct but affecting, like her declaration, “I’d never even been to Berlin. But also what did that matter? I’d never been to Cuba either. And Cuba is who I was, who I am, where I’m from. Apart from being totally American, I’m also totally Cuban. So, I could understand being from a place I’d never been before, a place that separated me from it by a wall just as strong as Berlin’s — except mine was made of water; invisible, unless you knew better.”

Elsewhere, she nails the connection, “Cuba is a lie to the world. Cuba is a secret. It is dark. It looks like the tropics, but it’s East Berlin.”

When the spread of Communism post-World War II is explained to her in 10th grade, she tells us, “It was like that class put the stamp on the letter, so to speak, which I had received and memorized back in the fifth grade. A letter that made me cry, but that I couldn’t quite understand. A letter that had been filed away and, then, in the 10th grade got a stamp so it could go somewhere. It got snail mailed to my head, so I could start to figure it out.”

And then later, she compares the thousands of deaths of people killed fleeing Cuba to the scores and scores fleeing East Berlin. She says, “The wall between me and my people is made of these atrocities. You can imagine now, perhaps, why I cried in that classroom. All of this was sitting inside me, ready to burst. It took a while for me to understand fully the letter my heart had sent to my head in the 10th grade, but when it hit, it hit hard.”

The second virtue is the quality of the production itself developed and directed by Stabile’s vision. For instance, the precise melding by sound engineer Matt Corey landed just this side of amazing. Besides the environmental soundscape he provided, his seamless weaving of the actors’ words prevents patrons from knowing that every performance was recorded solo and separately and then pieced together.

The visuals exuded an inventiveness and imagination that kept this audience engaged. Nicholas Chimienti’s simple but effective video design and production enlivened John Shamburger’s evocative illustrations from the early cartoons, their depiction of a huge Berlin-like wall blocking off the entire island of Cuba and their imagistic montages of Garcia’s own photos later on. The animation might be simply a hand raised in class, students passing notes or sisters sitting on a laundry dryer letting their legs dangle. But later it might be the sisters imagining flying over a pulsing Florida Strait. The camera is often in subtle motion, floating across the photo montages, banishing any sense of a static portrait.

But among the problems is how the work deals with the background of the varied audiences. For instance, anyone over 55 years old knows the basic facts about the Berlin Wall. But Garcia’s teacher spends at least 10 endless minutes spelling it out, ostensibly for that 10th Grade class, but obviously also to educate Garcia’s 2021 audience, who may have skipped history class.

Conversely, other than that first classroom scene in Miami being inexplicably taught in Spanish plus the fact that most audience members know Garcia is Cuban-American, consider the crucial but unsaid fact that Vanessa already has had Cuba’s tragic history inculcated into her DNA before the play begins. This establishing motivation for the play’s conflict is never mentioned – let alone explored — until a half-hour into this hour-long play.

Again, perhaps her target audience brought this into their perception of the opening minutes of the play and needed no mention of it to carry them through that first half-hour. But while Anglo audiences are obviously acquainted with the facts and the emotions, the crucial foundation for them to appreciate why the fifth-grade Vanessa might break into tears and then struggle for the next half-hour is not established as effectively because the adult narrator hasn’t mentioned how her lost homeland already had been imbued in her being at that point.

We did not listen at length to the audio-only version whose production values were impeccable, although its impact is easy to assess watching the video enhanced version. We’re just guessing but you’d have to be a big Gen X,Y or Z fan of podcasts (or their great-grandparents raised on radio dramas) for this to land with much emotional satisfaction, but the intellectual points in it are crystal clear. Garcia’s quietly passionate performance works well and she makes for a pleasant conversational companion. But the other performances – all coming from fine experienced actors — feel as cartoonish as the drawings — clearly a directorial choice that could be debated.

Truthfully, the basic concept here is insightful but pretty simple; it could have been communicated in half the time since Garcia is preaching to the choir. But she is relating a journey not just the epiphany.

Still, touching moments are scattered throughout, such as noting that her father died before he could return, but that she would bond with her grandfather as he reimagined his homeland.

The production provides fuel for what will be an ongoing debate: As regional theater reaches out more profoundly to a diverse audience, artists will have to start discussing whether they want to mount pieces that will speak more directly to one audience than another. Does every piece of art have to land as solidly with every group? Does a piece have to be as universal as Fiddler on the Roof to be valid theater?

Ich Bin Ein Berliner  will be presented by Theatre Lab in two modes: streaming on digital platforms, “audio only” or “audio with visual companion,” featuring illustrations, animations and photographs designed to support the story. Streaming events will be available beginning Monday, April 5, and can be streamed at the convenience of the ticket-purchaser. Streaming is scheduled to end on Sunday, May 23. Tickets are $5 for “audio only” or $15 for “audio with visual companion.”  Streaming tickets can be purchased at www.fauevents.com.