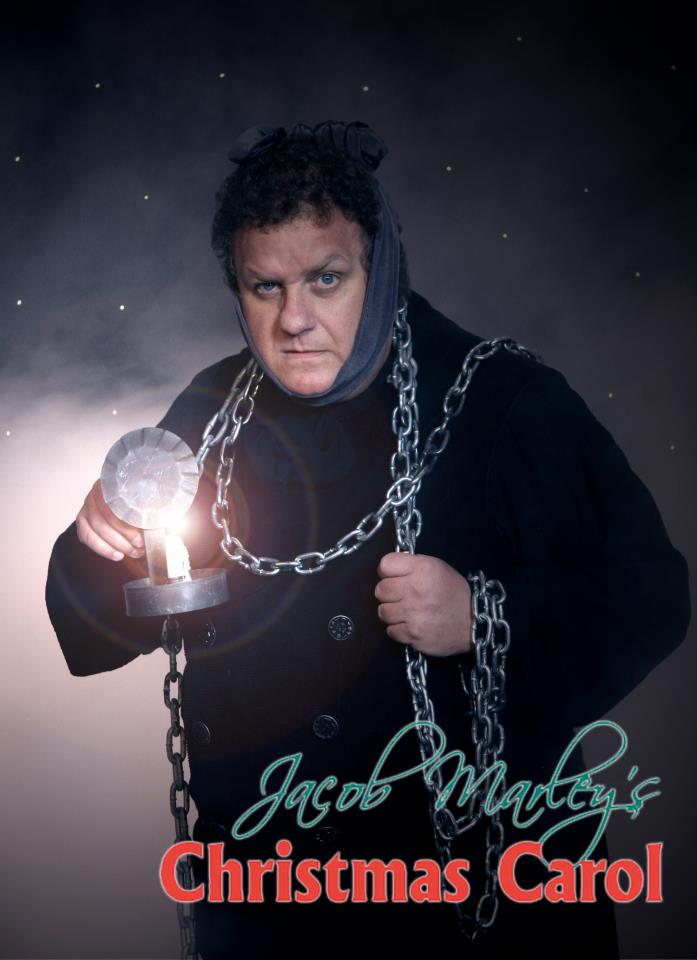 Ken Clement is looking for redemption

I’ve been saying for years that if I were an artistic director that I’d design a season just to give work to certain performers and that near the top of the list would be Ken Clement.

This is not altruism; it’s completely selfish. I want to see more of what he’ll do. Clement is usually the best element in a mediocre production, but he soars in the stratospheric reaches of excellence when given the right role such as his chilling satanic visitor in Mosaic Theatre’s The Seafarer and his emotionally-wounded theatrical agent in Inside Out’s Faith Healer.

And in his current tour de force in the comical and touching Jacob Marley’s Christmas Carol at Actors’ Playhouse, he reaffirms his ability to single-handedly mesmerize an audience.

Both narrator and stand-in for the 17-member cast of characters, Clement is a master storyteller enthralling us around an invisible campfire with playwright Tom Mula’s 90-minute alternate take on Charles Dickens’ classic that many people have grown weary of.

Not here. It’s hard to know what is the greater achievement of Clement and director David Arisco — creating characters so distinct from each other than you are never confused who’s talking or the instant switches among characters arguing among themselves.

Mula’s premise opens the story with the death of Scrooge’s greed-is-good business partner seven years before Dickens’ tale begins. In Hell, Marley is offered one chance to escape eternal torment: persuade Scrooge to have a change of heart, a seemingly impossible assignment.

Just as you fear we’re simply going to see a repeat of the familiar tale, Mula throws two ingenious curve balls. First, he sets up Marley and a Jiminy Cricket-like spirit as stage managers for the ghostly visitations. Second, well, that’s a twist not to spoil.

Mula’s script is no masterpiece, but his skills are deft enough, his revisions imaginative enough and his style just barely Dickensian enough – although there are jarring anachronistic phrases like “work release.”

But unquestionably, Clement’s skill at selling the tale makes this work. In other hands, some of the passages might sound cloying and saccharine. But Clement always finds the truth of each moment whether its silliness or sentimentality, employing an expressive face, eyes that always harbor a little pain even while seeming merry, and a chameleonic voice that ranges up and down the entire vocal scale.

Arisco has perfectly paced the flow of the 90 minutes and helped find new colors in a piece that Clement did at New Theatre down the street in 2002.

The creative teams have made the most of a modest budget to execute Arisco’s vision. For instance, the stage is blanketed by dozens of tiny lanterns hanging down on wires that alternately serve as the lights of London or the stars above.

Set designer Gene Seyffer has created a simple but effective structure of rounded platforms as he did on a bigger scale for Floyd Collins. Costume designer Ellis Tillman has decked Clement out in dark Victorian garb that seems drawn from a Doré engraving and sound designer Alexander Herrin has sprinkled the evening with a considerable number of sound effects and atmospheric background music.

But special credit goes to lighting designer Patrick Tennent who created a score of effects from a green-hued monster to the bowels of Hell through an ever-shifting array of lights. Instantly switching spotlights and accompanying sound cues must keep production stage manager Carl Waisanen from being able to rest more than a few seconds at a time.

This show indeed is satisfying for all ages, but it’s essential viewing for people who love theatrical storytelling.