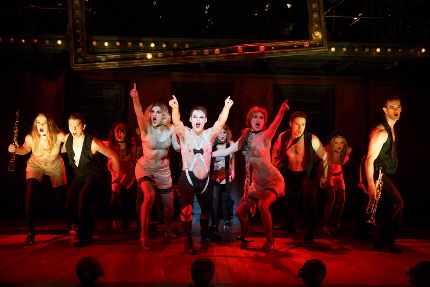 (This national tour of Cabaret opening tonight at the Broward Center is the same production that played ten months ago at the Arsht Center with the same cast. What follows is the review that we wrote then.)