Working Is A Successful Labor of Love At Caldwell Theatre 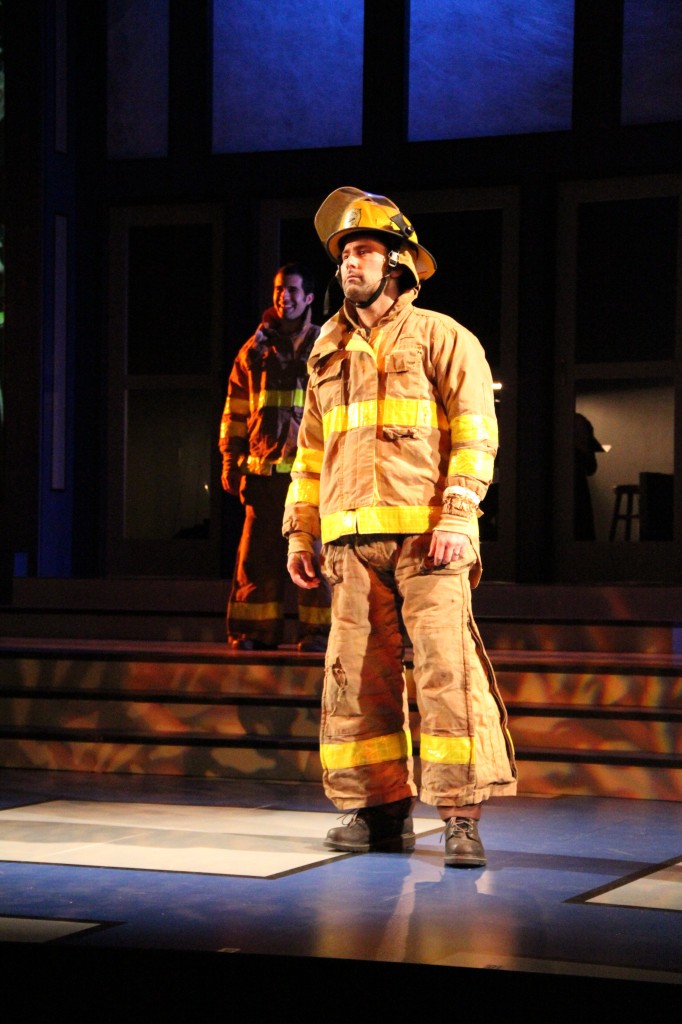 When Grammy-winning composer Stephen Schwartz (Godspell, Wicked, Pippin) first adapted Studs Terkel’s 1974 book Working for Chicago’s Goodman Theatre it was 1977. Terkel’s book was an oral history of working life; its complete title was Working: People Talk About What They Do All Day and How They Feel About What They Do. In 2008, Schwartz and his adaptation partner Nina Faso reworked the show at the Asolo Repertory Theatre in Sarasota, then it went on to play in Chicago and San Diego. Now South Florida gets a staging of the updated Working: A Musical by Caldwell Theatre Company.

At the time when the book and subsequent original musical arrived in the 1970s, computers were beginning to transform how office work was done, but high-tech office workers were not the norm. Blue-collar was more prevalent than white-collar. Money managers weren’t hedge-fund managers making headlines for crafty deals, and nannies were for socialite mothers who didn’t work, not working mothers who didn’t have time to socialize, let alone take care of their children.

With so many changes in the past three decades, some of the professions from the original musical either had to be either obliterated or updated for the 21st century. Newsboy? Zapped. Gas Meter Reader? Replaced by a UPS Driver. Telephone Operator? Cell Phone Tech Support in (where else?) Mumbai, India. And, while the uniforms have been altered, the hopes and dreams of the workers is still the same – each story shares a common thread. The people represented in Working search for “daily meaning in their work as well as daily bread.” It appears, however, that the hopes in 2012 have more urgency in an economy where a job is a life raft amid the threat of home foreclosure, retirement funds dwindling, and job stability now a thing of the past.

The stories are told mostly in song with styles of folky acoustic (“The Mason”) to modern Broadway (“Brother Trucker”). Schwartz originally enlisted other composers to contribute to his musical including Craig Carnelia, Micki Grant, Mary Rodgers, Susan Birkenhead and James Taylor. Two new songs by Lin-Manuel Miranda of In the Heights fame were added for the update, while some songs for the original were discarded.
Working is more revue than linear musical and therefore requires a strong cast to keep the song-filled work afloat. The six actors-singers must be able to wear a number of hats as they play various workers, and, in many of the musical numbers, act as back up support to the character in the spotlight.  Director Clive Cholerton has assembled the perfect ensemble with the multi-talented Caldwell cast: Jim Ballard, Michael Focas, Laura Hodos, Kareema Khouri, Melissa Minyard, and Barry J. Tarallo whiz through 90 minutes (with no intermission) of stories of “regular” people: the waitress, cleaning woman, stay-at-home mom, mason worker, steelworker, aforementioned UPS driver, nanny, hedge-fund manager and tech-support person, front desk receptionist, fast-food worker, flight attendant, teacher, trucker, factory worker, retiree and hooker.

In Caldwell’s production, this cast works it and there isn’t a weak link. Each actor and actress is able to switch gears seamlessly to take on the next role. Everything moves effortlessly across Tim Bennett’s sparse set while projections on the two back walls give a sense of place with large Google topography maps showing where each worker is located – from Detroit, Michigan, to Mumbai, India; Brooklyn, to Santa Fe.

Generic photos flash on set projections showing various workers involved in their professions. (At Saturday night’s performance, projection problems held the curtain for 25 minutes. A short announcement by Producing Director Patricia Burdett alerted the audience to the difficulties, but the crew was able to get things up and running quickly. With the swift pace built into the show and no intermission, it was only a minor inconvenience that had little bearing on the outcome.)

Additionally, Dave Campbell’s simple choreography is entirely spot on as he creates movement that is in keeping with how regular folks would move. Even in the most heavily choreographed numbers and one of the show’s standouts, It’s an Art, about a waitress who believes each day requires the creation of  a masterpiece to serve her customers, Campbell keeps Hodos’s steps simple. Kudos to the choreographer for sparing us a truck driver or delivery man who can do slick Fosse moves.

Musical director Caryl Ginsburg Fantel leads a small live band of bass and drums that can be seen on stage illuminated softly behind the set. Her direction is wonderfully upbeat and adds to the vitality necessary in Working. Tarallo’s acoustic accompaniment of Ballard’s The Mason is a beautifully musical moment.

With its talented cast of Equity actors and Cholerton’s wonderful understanding of the show, Working plays out on the stage as a labor of love for all involved at Caldwell Theatre Company. Audiences will find it introspective, relatable, and a thoughtful testament to the times we live in.

UPDATE: Despite seeking Chapter 11 bankruptcy, which was reported by www.floridatheateronstage.com on Feb. 15, Producing Director Patricia Burdett announced to the audience that Caldwell will be announcing its slate of next season’s shows in the coming weeks. “The show will go on here at Caldwell,” she assured the audience. Stay tuned to www.floridatheateronstage.com for Caldwell’s season announcement.

Scenes and interviews from the productions can be seen on WPBT’s uVu video, click here.