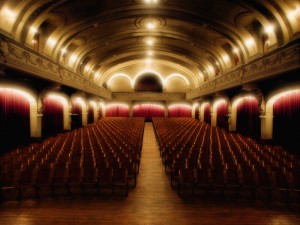 To see our first installment of the quiz, click here

In the “I could have been a contender” or “God, I didn’t get it” Department, we all know some of the more egregious decisions to pass over the originating Broadway performances in a show when the piece moved to film, notably Angela Lansbury losing Mame inexplicably to Lucille Ball, Ethel Merman watching Rosalind Russell in Gypsy, Julie Andrews fuming that Audrey Hepburn had to be dubbed for My Fair Lady and, go figure, Carol Channing hearing Jerry Herman’s music twisted out of shape to fit Barbara Streisand (let the flames begin). But there have been many others. What performer created these roles that went to someone else in the movie house?

What slightly unusual quality do all these Broadway shows all have in common: Meet Me In St. Louis, State Fair and White Christmas.
Reversing the common trend, they were movies before they were stage productions.

Being a Stephen Sondheim fanatic is a calling not a burden. So let’s start with a few questions about The Master.

What is Sondheim’s middle name? Joshua

What did Sondheim’s mother write to him in a note when she underwent heart surgery  and thought she might die? I wish you hadn’t been born.

Which Roman dramatist provided the inspiration for A Funny Thing Happened On The Way To The Forum….(“You-rip-adees? You-mend-adees?) Slacker’s Hint: Mickey’s dog. Plautus

Dean Jones starred in Company when it opened on Broadway and is heard on the original cast album. But director/producer Harold Prince allowed him to drop out after only a handful of performances in favor of Larry Kert. Why? He was in the middle of an emotionally-ravaging divorce/

One of the inspirations for Follies was a Life magazine photo of a famous ruin of a movie star of yore standing in the rubble of a demolished theater. Who was she? Gloria Swanson

Sondheim famously does not come with the initial idea for most shows, but one project was, indeed, his own fascination with a film. Which show was it? If you know the name of the film, you are spending too much time around theaters. Passion, based on Ettore Scola’s film Passione d’Amore which if you could answer, you’re cheating.

Who did murder Sheila in The Last of Sheila?  Extra credit: How many times did you have to see this movie before you understood the denouement? Tom the screenwriter played by Richard Benjamin.

Which Sondheim show prominently featured prolonged nudity in its initial production, but not since? Passion.

Name the four Sondheim shows whose New York premieres featured performances by Lee Remick; Martin Charnin and Marilyn Cooper; Jason Alexander,  Giancarlo Esposito and Tonya Pinkins; Brent Spiner in the Broadway production and( in the workshop but not the Broadway bow), Mary Elizabeth Mastrantonio and Kelsey Grammer. Anyone Can Whistle, West Side Story, Merrily We Roll Along, Sunday in the Park With George

And now a few about Richard Rodgers:

Richard Rodgers recycled his only hit song from the relative flop, Me and Juliet, “No Other Love Have I” and used it as part of what other project?

The theme song for the television series about World War II, Victory At Sea.

Rodgers wrote with several lyricists after Hammerstein died. What shows did he write with Stephen Sondheim, Sheldon Harnick, two with Martin Charnin, and with himself.

Do I Hear A Waltz (Sondheim), Rex (Harnick), Two by Two and I Remember Mama (Charnin) and No Strings (himself).

Oklahoma has been revived several times in New York. When Christine Andreas played Laurey in 1979, publicists touted her as the first person playing the role on Broadway to have this quality – although not the last.

She was a brunette; all the other previous Broadway Laureys were blondes.

And now a mixed bag from Santa:

Legend has it that Joseph Kesselring originally conceived of his play, Arsenic and Old Lace, as what?

Tom Stoppard is known for his brilliant use of language, but English is not his first language. What is?

In what language did Irishman Samuel Beckett write his plays?

With what product was James Caldwell, the benefactor of the Caldwell Theatre,. most associated with?

He was inventor of the rubber dustpan and founder of the Rubbermaid Corporation.

Anthony Burgess, the novelist who wrote A Clockwork Orange, penned the translation of a classic play that was most frequently used in the second half of the 20th century. Before that the most common version was by Brian Hooker. What is the play?

Elia Kazan persuaded Tennessee Williams to rewrite the last act of Cat On a Hot Tin Roof in its Broadway version for several reasons. Over time, he gave it a marginally more hopeful ending and cut a couple of gamier speeches. But what was the primary, most obvious and most commercial change?