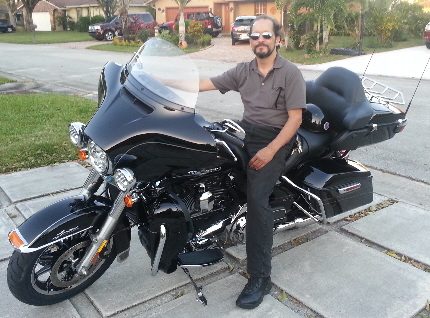 A sudden stroke overcame him Friday night while talking with partner Derelle Bunn outside the theater’s actors’ housing in Coral Springs. She drove him to the Northridge Medical Center where his condition ebbed and flowed until his entire family arrived Sunday afternoon.

A memorial service will be at 1 p.m. Tuesday at St. Mary Magdalene Episcopal Church, 1400 Riverside Drive in Coral Springs. His son, David S. Torres, said the family asks friends to “to donate their time and talent to the Stage Door in lieu of flowers. They are going to need it.” A fund to help with medical expenses has been set up at http://davidrtorresmemorialfund.mydagsite.com/home

Torres and Bunn created a two-theater complex tucked behind a shopping center at 8036 W. Sample Road in Coral Springs that specialized in mainstream farces and musicals that appealed to traditional older audiences. But they also hosted numerous dramas such as A Shayna Maidel and they took chances on newer, sophisticated undertakings such as the challenging musical, Light In The Piazza.

The two co-producers were always looking to expand their operation through several deals. Since 2011, Torres and Bunn have operated the Miami Beach Stage Door Theatre in the Byron Carlyle Theatre in Miami Beach, bringing many of their Coral Springs shows to the venerable venue. Additionally, they operated the 26th Street Theatre in Wilton Manors from the winter of 2001 until the spring of 2008.

Friends and family acknowledged that Torres sometimes seemed terse, taciturn and hard to know when in the throes of a producing a show or simply trying to keep afloat the often financially-challenged operation.

“But when you were in trouble, personal or professional, he was the first person you went to,” Bunn said Monday. “When the chips were down, he was the problem solver.”

His son added, “I don’t think people realize how he helped people get back on their feet, gave them a job when they had troubles, loaned them cars, give them a place to stay. I remember actors staying in my dad’s house because they had no place to go….  He could seem a little matter of fact, a little harsh because there was so much riding on everything for so many people all the time.”

Torres was a businessman who operated a string of florist shops in Broward County with his wife, AnnaMarie, and who helmed the marketing and advertising side of the theater business. But he spent much of his time on the technical and backstage tasks, designing and building many of the company’s sets including a turntable. His skills extended to shepherding the sound and lighting design – and sewing,

Dan Kelley, a long-time performer and director at the theater, recalled, “He could sew anything. It was funny because he was a kind of motorcycle-riding booze-drinking-looking guy and here he would be bent over a sewing machine.”

Kelley recalled during a production of Sophisticated Ladies, a rental costume arrived with a zipper that even the costume supervisor couldn’t fix. “He said, of course, I can fix that. He fixed it and then threw it back to me. He was really good.”

Torres was born May 20, 1959, in New York City, raised in Long Island and graduated from Uniondale High School in 1977. He worked as a mechanic and then worked for several years for LILCO, the electric utility company on Long Island. He married AnnaMarie McLaughlin on Sept. 15, 1980.

He moved to Florida during 1986 to work for Florida Power & Light. His son recalled the year because Torres, a space buff, saw the Challenger shuttle explode.

The couple, who had operated a florist shop in New York, then opened a small one on Third Avenue in Fort Lauderdale. That grew to five or six shops.

One of his employees was Dee Bunn, an experienced performer, choreographer and arts administrator with her own troupe. She told Torres one day that she didn’t have a rehearsal space. He gave her a showroom in his shop at Five Points in Wilton Manors. He became increasingly involved with her theater productions, creating a full production company, but with only an office, no actual venue.

Bunn recalled Monday, “He was going to the Farm Store on Riverside for milk one night in 1993, and said, ‘Wait a minute, there’s an abandoned movie theater here.’ ”

It took vision to see the gang-vandalized structure as a theater: “It had been closed ten years and condemned. But he could build anything. We had no money. So he essentially built that theater,” she said.

Torres told the Sun-Sentinel’s Jack Zink in 2000 that it took eight months of cajoling the landlord to get a lease. “Maybe they were tired of seeing me. Anyway, I called Dee from a phone booth at the center and said `I just signed the lease and we need $15,000 by Friday,’ and hung up.” Although FP&L paid him well, Torres and Bunn took out every credit card offered to them and maxed them out to finance the dream.

Finally, the theater opened in January 1995 with the home-grown musical Fanny and Sadie by Dorothy Willis and Michael S. Fein.

Over the years, the theater’s fortune have risen and fallen and risen again. It has been a for-profit and a non-profit operation, an Equity house and a non-Equity house. Its subscription base grew from 400 to 12,000 patrons at one time, one of the largest anywhere in the state. In 1996, Avi Hoffman’s Too Jewish proved a huge popular hit that ran more than year. But it has rode through tough times such as after 9/11 and Hurricane Wilma. In some cases, large-budget musicals were pulled off the announced schedule for more modest offerings because of production costs.

What Bunn, Kelley and others will remember is his commitment to the theater as much for the people as the art.

His son said, “They loved that place; they haven’t taken a salary in years; they sacrificed their lives to make that happen for people.”

This entry was posted in News and tagged David R. Torres. Bookmark the permalink.