Zoetic Stage Renders Beautiful Portrait Of I Am My Own Wife 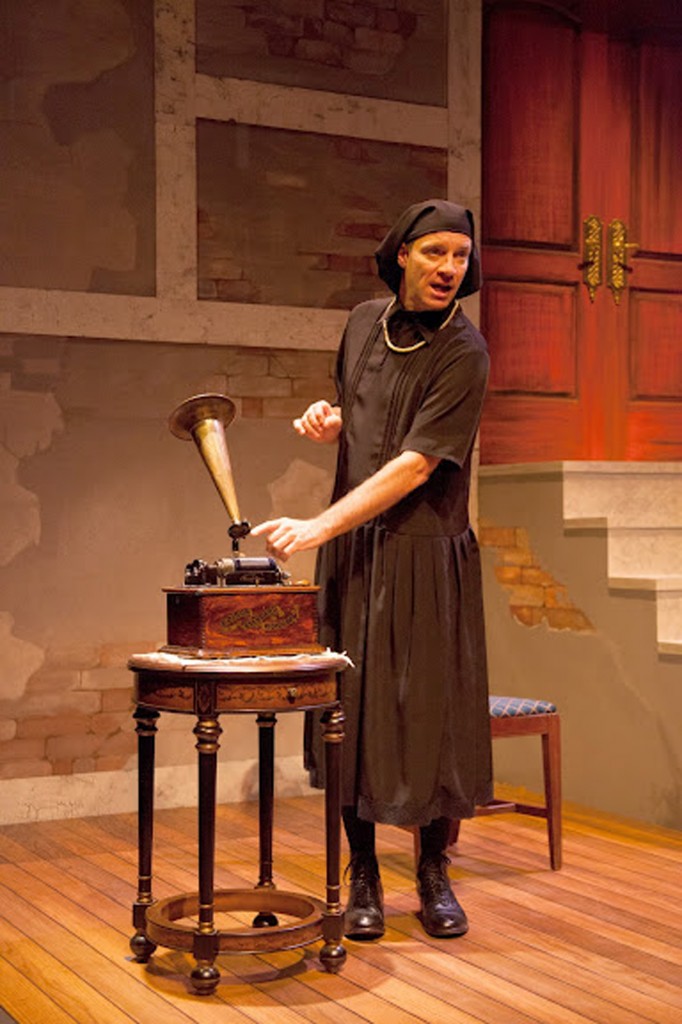 I Am My Own Wife is so fascinating and on so many levels that long after actor Tom Wahl ascends the short staircase and exits through the double doors at the end of the one-person play, there’s still much to ponder.

Zoetic Stage’s production of Doug Wright’s fascinating character study of Charlotte von Mahlsdorf, a transvestite who survived the Nazis and Communists in East Berlin, honors this mesmerizing one-person play by treating it as gently as the antiques that we watch von Mahlsdorf caress and cuddle like fragile babies.

The Carnival Studio Theatre at the Adrienne Arsht Center is transformed as a nod to the German cabarets of the 1920s, 30s and ’40s, with the audience seated at small tables rather than rows of chairs: A nice touch from the get go. The art-installation inspired set by Zoetic Stage’s co-founder Michael McKeever, which houses von Mahlsdorf’s museum collection of treasures, is beautifully rendered. Just about everything in this production is carefully curated.

Yet no one is a more perfect partner for I Am My Own Wife than Wahl, who simply inhabits the characters, painting vivid scenes in the memory play for the audience. Von Mahlsdorf is the most compelling, but there are three dozen (or more) other characters Wahl must bring to life over the course of two hours including Nazi and American soldiers, von Mahlsdorf’s abusive father, her gun-toting lesbian aunt, an over-the-top German talk show host, a gaggle of reporters from India, Japan, France, and the U.S. cities of San Francisco and New York, the playwright himself, plus a smattering of other friends and family members that create a rich and thoroughly drawn cast.

If you pick up Wright’s script, he actually offers direction to the actor juggling the task of multiple personalities in stage notes. He advises that distinctions between the characters are not made with costume changes (there are only two in the show) but more subtly, through “stance, posture and gesture, and changes in the tonal quality and pitch of the voice.” Wahl masters the monumental feat with a sly wink here or a twist of pearls there for von Mahlsdorf; feet together and standing tall for the SS and Stasi officers; and a slouch for his friend, the Southerner John Marks, who speaks German and helps to interpret what von Mahlsdorf is saying. Wahl as von Mahlsdorf also has to jockey between speaking in German and English, and he does so smoothly.

Wright’s play won a Pulitzer Prize, Tony and Drama Desk awards in 2004 after its debut off-Broadway in 2003 and deservedly so. While the lines spoken appear benign on the surface, they present deep themes about oppression and survival. “Be as smart as the snakes; it’s in the Bible,” von Mahlsdorf says. “Never forget that you are living in the lion’s den. Sometimes, you must howl with the wolves.”

There’s also commentary on how society worships its heroes — the playwright eventually unearths through Stasi documents that his subject may not be entirely telling the truth with some of her dramatic tales, yet Wright wants to continue to trust in her. “I need to believe in her stories as much as she does,” he confesses.
Music and its connection to the human soul is also prevalent as the main character speaks volumes about gramophones (sometimes with too much exposition, especially in the opening where every detail is conveyed), their inventors and classical composers. Wright has said that the music and the museum collection are meant to represent the role of art in repressive regimes, as a protest and as a repository of human experience. Examining these themes throughout the play adds an even deeper layer to the already fascinating story.

Yet, the depth of I Am My Own Wife comes from its own true story. The play follows Wright’s first meeting with the collector at the Gründerzeit Museum in 1993 which was created by von Mahlsdorf in a restored manor house in eastern Berlin to hold collected furnishings left behind after its owners were taken by Nazis. Later collections were rescued before mass urban demolition by the East German government. We are then privy to Wright’s decision to write about her life, his several years’ worth of meetings with her where he taped each interview, selling his car at one point in order to afford yet another trip to Berlin, and his feeling about her exile and eventual death.

Wright relates near the end of the play “that Lothar Berfelde (von Mahlsdorf’s birth name) navigated a path between the two most repressive regimes the Western World has ever known — the Nazis and the Communists  — in a pair of heels.” It is one of those “press pause” moments that you want to last forever because of its theatrical beauty: the richness of his script, how comfortable and homey this production is, and how you have spent two hours watching a piece of history brought to remarkable life.

Zoetic Stage Artistic Director Stuart Meltzer directed I Am My Own Wife and also created the sound design which, for this play, are both tall orders. Any actor playing such a demanding part needs a director to guide and support him, and Meltzer’s direction shows through in this production. Lighting design by Luke Klingberg, mostly soft blues for the installation set that frames the show from behind, creates a dream-like ambiance, which works so well. Some lighting cues were missed Friday night, but these will no doubt be corrected as the run continues. Costumes by Alberto Arroyo, although limited, complement the overall palette. Jodi Dellaventura had her work cut out for her in the props department to re-create von Mahlsdorf’s museum.

The show is part of the Arsht Center’s Light/The Holocaust & Humanity Project, a three-month awareness initiative that hopes to foster a public dialogue, provide education and promote the protection of human rights against bigotry and hate through the arts. 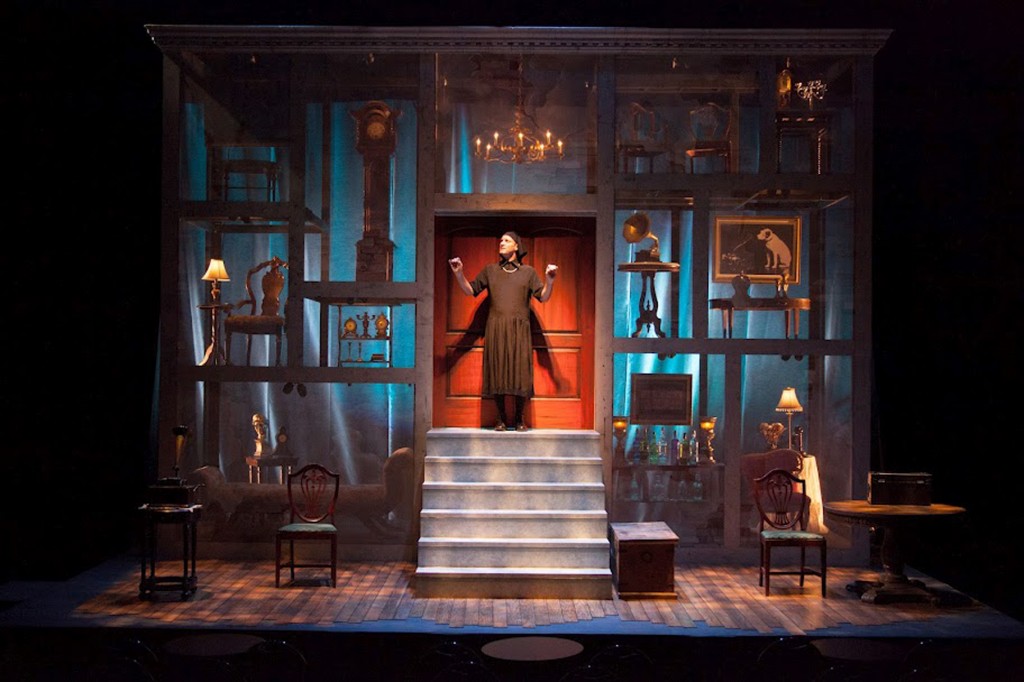 This entry was posted in Performances, Reviews and tagged Doug Wright, I Am My Own Wife, Michael McKeever, Stuart Meltzer, Tom Wahl, Zoetic Stage. Bookmark the permalink.