Annual Summer Shorts Will Feature The Sound of Music 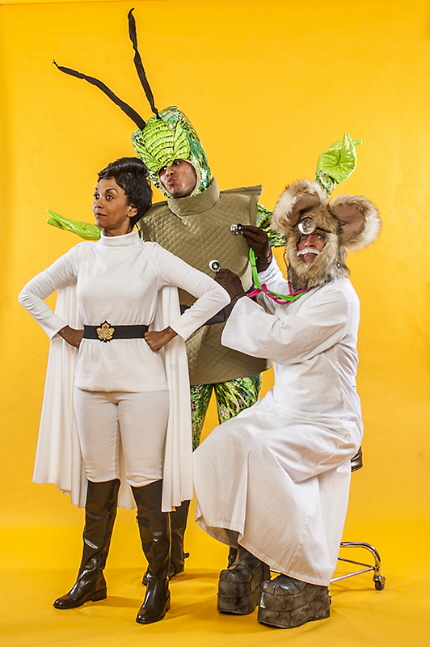 The ever-developing Summer Shorts Festival, now entering its 21st year in Miami, will sound a bit different this year: two of the ten-minute works will be musicals.

City Theatre’s staple of the summer theater season running June 2 to July 3 will also feature familiar names and newcomers as actors, writers and directors when the nine pieces bow at the Carnival Studio Theater at the Adrienne Arsht Center.

A pair of mothers-in-law enjoying the Hawaiian wedding reception of their new newly married children agree they aren’t an obvious success, and come up with a hilarious plan to ensure the happiness of at least two members of the new family.

The nationally known playwright and satirist Rudnick, whose work has appeared in the festival before, features a memorably irreverent, if slightly hysterical flight attendant, who, in accepting the Medal of Honor from the President of the United States, describes what it takes for an aviation professional to keep the friendly skies terror free!

A couple of modern parents who constantly worry and fret about their children finally send the kids outside to play, and in one minute discover the consequences.  And maybe rewards!

Evelyn Shaffer and the Chance of a Lifetime, World Premiere directed by Dimon,
Book and Lyrics by Greg Edwards, Music by Andy Roninson

In this musical, Evelyn Shaffer, an indie game designer with a shot at the big leagues, is quickly disappointed when her dreams turn into delusions.  But Evelyn discovers she’s made of tougher stuff, as she summons the courage of her avatar, and it’s game on!

The aftermath of a killer storm brings Wallis, a young EMT who hasn’t saved anyone yet, to the devastation of Crisco’s farm, where the man who survived an F4 tornado sitting in an old chair, has lost everything including the will to live. Inexperienced in life and death, Wallis considers her next casualty.

Diane Biggers is always furious with her conniving husband, and has finally taken matters into her own hands. And maybe gone a bit overboard.  Now with a motley collection of cohorts, Diane tries to explain how his exotic erectile drugs, tax evasion, annoying personal habits and marital stress, has finally made her snap. Yockey is another veteran whose work has appeared in the festival previously.

The Rules of Comedy by Patricia Cotter, Southeastern Premiere directed by Tei

What do you get when a sad woman with no sense of humor, and a broken-hearted comedian with a chip on his shoulder, walk into a stand-up comedy workshop? A master class of life and laughs, with a surprising punch line. Cotter’s The Anthropology Section was produced several times last year including in Summer Shorts.

The Talk by France-Luce Benson, Southeastern Premiere directed by Farr

Last season’s award-winning playwright of Risen From The Dough, returns with another surprising exploration of traditions and conventions, when newly widowed Manu, awakens her adult daughter Claire, to ask an unexpected question about sex, and living alone, and becoming a woman she doesn’t know how to be.  What begins as a funny and awkward talk, becomes a poignant and meaningful late night dialogue that draws a daughter and mother close before they part. Benson is the one playwright in the festival with local connections as a New World School of the Arts and FIU graduate.

In an out of this world sci-fi musical romance, brave space navigator Lieutenant Zulax discovers he’s steered into an uncharted heaven when his alien heart is suddenly captured by courageous Captain Jade. With the help of a strange crew, a tiny furry doctor, and a singing computer, Lt. Zulax dodges incoming asteroids as he and Captain Jade navigate the ups and downs and emotional terrain of falling in love.