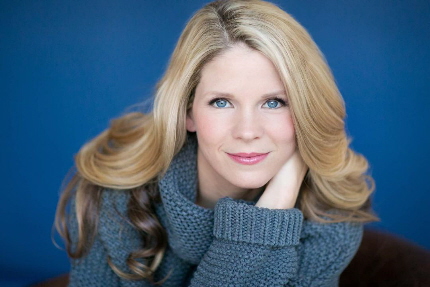 In the current Broadway stratosphere, there are several leading actresses like Sutton Foster and Laura Benanti whose existence belie the idea that there are no more Carol Channings or Julie Andrews or Ethel Mermans. True, Patti Lupone and Bernadette Peters still perform, but intermittently.

But it’s hard to argue that other than Audra McDonald, there is no regularly working actress held in as much awe and adoration as Kelli O’Hara whose sparkling, soaring and passionate soprano sparks superlatives from fans, critics and colleagues.

South Florida audiences, who saw her perform in concert at the Arsht Center a few years ago, will get another chance to revel in her talent and skill on Jan. 3 at the Parker Playhouse when she joins theater maven Seth Rudetsky in one of his one-of-a-kind unscripted events where they sit around his piano and alternate telling backstage stories with songs she has been associated with.

For those living in Latvia the past decade or two, O’Hara won the Tony Award in 2015 for her Anna in the revival of The King and I, indeed, she has been a go-to actress for many revivals from South Pacific to Kiss Me Kate. But she has been involved in world premiere works like Light In The Piazza and the transcendent Bridges of Madison County, the performance most observers felt should have won her the Tony. She has done most of the major roles in classic shows, especially through concert versions in the Encores series. Trained originally in opera in her native Oklahoma, she has appeared in The Merry Widow and Cosi Fan Tutte. She has appears occasionally in television and starred in an Internet-based series The Accidental Wolf.

She is extremely busy with concerts here, in London and Toyko, working on workshops of developing shows, as well as being the mother of two children she shares with husband, Greg Naughton, a musician in the folk-rock group The Sweet Remains.

She was so busy during this holiday season that her publicist insisted on this interview being done through emails.

What follows are excerpts from a disparate series of questions.

Q. (She was raised in part on a farm near Elk City, Oklahoma, studied music at Oklahoma City University and she has returned to the state to support the arts.) How did being raised in Oklahoma influence who you became?

Q. (Like many others, she worked very hard over several years just to build the beginnings of a career, working in small parts and little remembered shows, then getting a supporting role in the national tour of Jekyll & Hyde and a supporting parts in a Follies revival in New York.) What advice would you have given that young woman in Follies that you have learned since, and which might be of help to other young artists at that point in their career?

A. I would tell myself what I tell most young people starting out in the business… “be yourself.  Don’t try to be what or who you aren’t.” And most of all, enjoy the present moment and try not to be so impatient about what comes next.  We never know if there will be a next.

Q. A few years ago, you began using Twitter and Instagram. How did that come about? Is that something you are comfortable with, is it just part of new world of keeping your presence high profile?

A. I have a love/hate relationship with social media as privacy still means something to me, but I have been trying to be a little better.  I still don’t want to find myself glued to a feed when I should be feeding my children, but there is an aspect of community there that seems to have a professional and unifying effect.  And it’s all part of the game, I guess.  But I will always believe that what, if anything, I have to offer should be given through this art I love, on stage or on screen.

Q. (She was nominated for a Tony for her lead in Bridges of Madison County, a role written with her specific voice in mind by Jason Robert Brown. But the show closed before the Tony Award ceremony. Neither the show itself, Brown’s work and that of her co-star Stephen Pasquale received nominations and she was publically open about feeling stung.)  About the time of Bridges, you mentioned concern about the content and material of the commercial Broadway of the future. How do you feel about that now? Are you optimistic, pessimistic?

A. I’m not sure I am in the position to judge what should or should not be commercial.  Maybe I was in a different place emotionally then, but I think what is commercial is commercial because the majority of people enjoy it, and very few artists have the luxury of constantly being in commercial hits.  We have to enjoy them when they come and learn from the others (sometimes learning the most from the latter).  But I do think there should be room for many things because audiences are so diverse and those different entities all deserve artistic content.  I think we are hearing from great new voices, and I am optimistic about the future.

Q. You are the involved mother of two, and married to a musician/performer who, like you, is often on the road. How do you juggle all of that with your career? Does the family travel en masse or do you and your spouse switch off?

A. It’s never the same.  Just like any working parents, we adjust as needed. We don’t have full-time childcare, but we do have great help when we need it.  And sometimes we do all travel together.  We just returned from Utah yesterday where I was performing with the Mormon Tabernacle Choir’s Christmas Show, and the kids had a blast!

Q. Are there specific bucket list roles or types of parts that you wish someone would consider you for that might not immediately come to mind? Broad comedy? More opera?

A. I will always be excited to do more straight plays.

Q. The question we are never supposed to ask a theater artist: What projects are you working on, what’s penciled in?

A. Right now, I’m workshopping a new musical called… written by … and … starring Brian d’Arcy James and me.  Directed by Michael Greif.  🙂

Seth Rudetsky Broadway Concert Series with Kelli O’Hara is slated for Jan. 3 at the Parker Playhouse in Holiday Park at 707 NE Eighth Street in Fort Lauderdale. Future concerts are with Stephanie J. Block February 22 and Santino Fontana on April 3. Tickets are $37-$67 with $123 VIP tickets offering a meet and greet with the artists. A three-show subscription is available and offers a 20% savings. Tickets at ParkerPlayhouse.com and Ticketmaster.com; (954) 462-0222; at the Parker Playhouse box office and at the Broward Center’s AutoNation Box Office