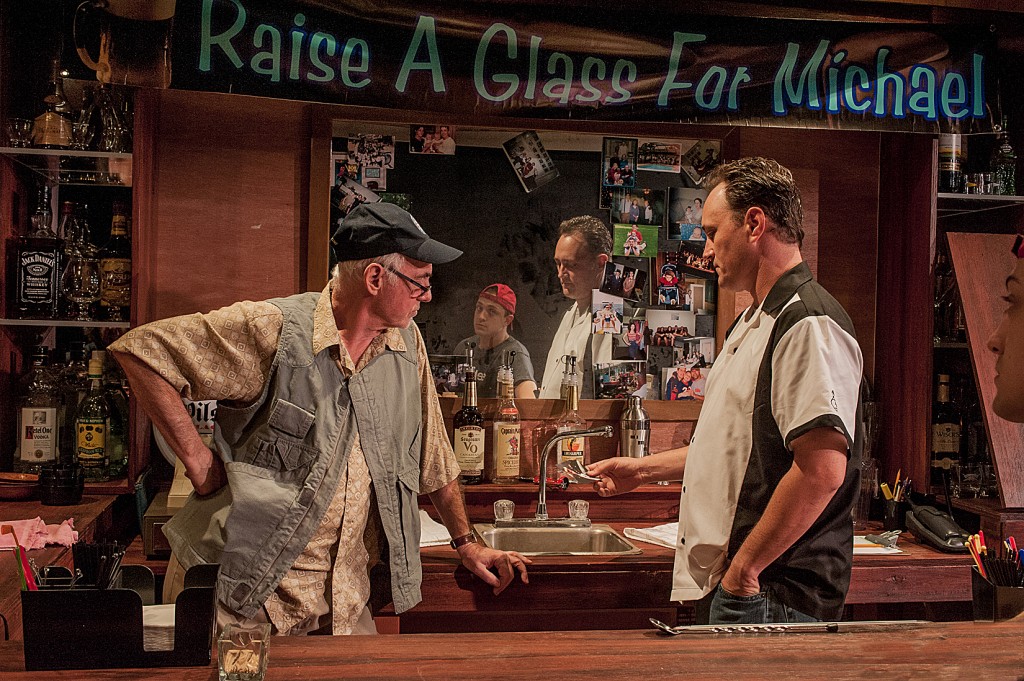 To clarify misconceptions, the drama formerly entitled The Michael Brewer Project did not end up being specifically about Michael Brewer.

A Measure of Cruelty, having its world premiering at Mosaic Theatre on Thursday, only uses the burning of the Deerfield Beach teenager in 2009 as the inciting incident, said playwright Joe Calarco and director Richard Jay Simon.

The play focusing on a father, his grown son and a young stranger in a Florida bar is a much broader investigation of universal social issues encompassing bullying, parenting, the roots of violence, even international relations.

Simon’s imagination was captured by the initial news reports and he even raised money at one performance for a fund to help the 15-year-old victim and his family. But the incident would not let go of him. When the Knight Foundation and Funding Arts Broward were looking for projects to underwrite, Simon secured funds for the Plantation theater’s first commissioned work.

The name “Michael” is mentioned during the play and details echo what is known about a case that is working its way through the local courts at the same time the production is on stage. Barely a month ago, a teenager who admitted he poured a flammable liquid on Brewer tried to back out of his no-contest plea, but the judge refused.

Calarco wants to examine broader themes. “I was always interested in how (violence) affects a community and what it brings up in people’s own lives,” said the veteran director/playwright, who said he had seen neighbors react to several “catastrophic events” living in New York for 20 years.

“I really wanted to look at how does such a thing happen and how do we raise boys in this country….  It really does have to do with what fathers teach our sons and how we sanction a certain kind of masculinity in this country,” Calarco said.

He sees it playing out even further — whether a macho ethos taught to children breeds the kind of foreign policy that leads America to be considered a bully in certain quarters around the world.

“And,” he added wryly about the universality, “I want this play to have a life” beyond this production by being applicable beyond South Florida. 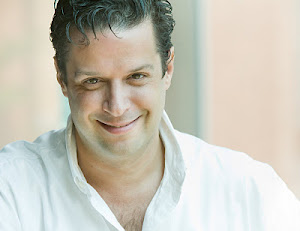 In his research about the incident, Calarco was most affected listening to the 911 dispatcher’s tape of a woman phoning for help as Brewer’s screams are heard almost drowning out the caller. “When I first listened to it, I couldn’t listen past 30 seconds. When I finally listened to the whole thing, it greatly impacted the play.”

Calarco and Simon are circumspect about the details of the Cruelty’s plot. The play occurs about three days after the attack in a bar where the bar owner (Dennis Creaghan) wants to collect money for the victim and his family. Also in the bar are his grown son, a war veteran (Todd Allen Durkin), and a young man with a direct connection to the attack (Andrew Wind).

As the day wears on, we learn that all three characters, harboring likable and unlikable facets, have committed heinous acts in their lifetime. The audience is challenged to discover if they can find compassion or understanding for any of them.

Mosaic’s website summarizes it this way: “As a peaceful South Florida neighborhood is rocked by headlines, a local bar owner struggles to keep the peace with his son. But as a storm grows ever closer, the men are forced to come to terms with each other and their long-guarded secrets.”

The playwright said it was not an easy job. “One challenge was whether I can write three people who have committed heinous acts and make them three-dimensional.”

The development of the play was non-traditional in several ways. A year is a short time to write and polish a script, Calarco said, but due to his busy schedule working steadily regionally and in New York, this one was written in about seven months. “I’m a director and I’m used to working under deadline,” he said.

Second, Calarco has heard the play in readings but he hasn’t been sitting next to Simon’s arm at rehearsals making changes on the fly, answering questions and perpetually recalibrating the work. Instead, Calarco has been directing a production of God of Carnage at the Signature Theatre in Washington, D.C. where he has frequently worked as an associate artist. He won’t see the finished piece until the last weekend of the run. “I get to watch it and have a pure response,” he said.

One way of coping has been technology. He and Simon emailed other with questions. He watched the first cast read-through of the script via Skype. He’s responded with “hundreds of rewrites,” but it’s not the same as retooling a script while watching and listening to actors and a director wrestle with the material.

It has put added pressure on Simon and the cast who have helped develop new works before. In rehearsal, they have uncovered passages and moments that they have had to interpret on their own.

“We’re making incredible discoveries and then we have a pratfall. I wish I had another week” to explore the script, Simon said last week.

Calarco, a native of Rochester, N.Y., has little connection to Florida other than as a high school senior working for theater legend Jan McArt when she ran a dinner theater in Key West.

He’s a veteran freelance director of plays and musicals who said he “started writing initially to give myself plays to direct” including Walter Cronkite Is Dead and the popular Off-Broadway play Shakespeare’s R&J.  Calarco has received four Helen Hayes Awards, the Barrymore Award and the Lucille Lortel Award. He also sits on the executive board of the director’s union, the Stage Directors and Choreographers Society.

A Measure of Cruelty is the first world premiere of his own plays that he has not directed. But he trusts Simon based on a long acquaintanceship. They met when Calarco went back to his alma mater, Ithaca College, to direct a few shows where Simon was an undergrad.  Later, Simon assisted Calarco in some productions in New York City before Simon returned to his hometown and opened Mosaic on the campus of his former high school, American Heritage.

“We kept in touch and we talked about doing something for a long, long time,” Calarco said.

Simon has a deep commitment to the issues underlying the project. Under his direction, the theater has created a “Stop The Violence” contest for teenagers to create and video a performance piece. The three finalists will be displayed on a TV in the lobby before performances. The winner will be selected by a judging panel comprised of WSVN/Deco Drive anchor Louis Aguirre, American Idol Season 10 alum Brett Lowenstein and Calarco.

It speaks just as pointedly to Calarco.

“There are personal things directly drawn from things in my life,” Calarco said. “I remember being the kid who was afraid sometimes, who was afraid of what could be done to him by other kids…. It’s very personal.”