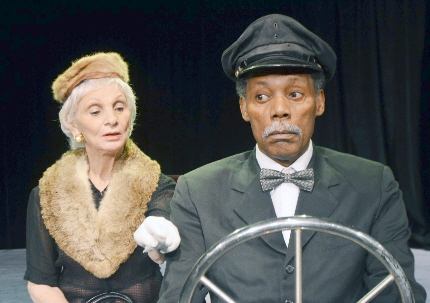 The Plaza Theatre in Manalapan declared bankruptcy and closed its doors Friday on the day that it was poised to begin its third season, founder and artistic director Alan Jacobson confirmed.

A precipitous drop in ticket sales and an inability to attract wealthy underwriters caused Jacobson, he said, to “agonize for three months” whether to continue.

Meager season subscriptions and a $50,000 in bills after the summer convinced him to seriously consider bankruptcy a week ago. He finally decided Friday to close the 246-seat theater located in an upscale strip shopping center at 262 S. Ocean Blvd. which had once been home to Florida Stage.

Friday was supposed to be the opening night of Exceptions to Gravity starring acclaimed New York artist, Avner the Eccentric, but it was cancelled Wednesday due to poor ticket sales.

Jacobson wrote an email Friday afternoon that the cancellation “has severely hurt our cash on hand and cash flow, and although we don’t have that much debt, we do not have the funds to continue at the moment. We have done everything in our power the last three months to seek out donors and raise money, but our efforts have been unsuccessful. We have continued our fundraising efforts up until yesterday. We fought up until we just couldn’t fight anymore.”

He planned to ask other theaters to honor the subscriptions already sold – exactly what he did in 2012 when the Caldwell Theatre Company closed in Boca Raton. Otherwise, “there’s just no money,” he said Friday night.

The company still planned to follow through this weekend with three performances of a cabaret show headlining his wife Melissa Bohrer Jacobson who starred in some of the Plaza’s musicals and helped run the theater’s student conservatory program.

“This is heart-breaking,” Jacobson said in a phone interview. “We didn’t start a theater company to not be in it for the long term, and we have worked very hard to make things work. We had come to the point that not only did we not take a salary the first year, we had deferred our salary this year.” 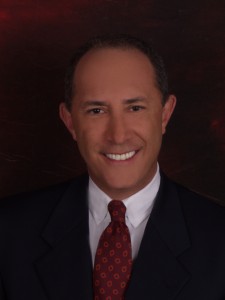 In fact, a few people who did not want their names used complained that this had damaged them because they had passed up other jobs on the prospect of work at the Plaza. Most other theaters in the region have solidified their casting for the season.

The Plaza offered an eclectic slate each year aimed at an older mainstream audience. It encompassed straight plays like Neil Simon’s Chapter Two, large musicals like Charles Strouse/Stephen Schwartz’s Rags and many musical revues like You Made Me Love You based on the music of Al Jolson, Eddie Cantor and Fanny Brice.

The quality varied from thoroughly entertaining to lackluster, but several shows earned standing ovations and Plaza shows produced Carbonell nominations for best ensemble for I Love You You’re Perfect Now Change and best actor and actress for Driving Miss Daisy for Harrier Oser and John Archie

The theater had been flush with money in 2013 after it mounted a spoofy hoot by Jacobson called Waistwatchers The Musical, he said. It played to 20,000 patrons and was repeatedly extended. “We could have run it for a solid year,” he said. But he put it on hiatus over that summer so the student conservatory could present two shows, The 25th Annual Putnam County Spelling Bee and William Mastrosimone’s Sleepwalk examining teen suicide.

Even this past season, sales were respectable for Rags, about immigrants at the turn of the century, and Life on a Diet, a one-woman comic memoir read rather than performed by its author Renee Taylor, although critics and many theater professionals were distinctly dismissive of both.

“But we burned through money during the season, because” sales were disappointing for several shows, he said, including I Love You You’re Perfect Now Change, Dirty Blonde about Mae West and Cougar, a Waistwatchers-type musical, among other offerings. Through the summer, the ticket sales ran $100,000 short of expectations.

Jacobson, a businessman as well as an artist, said, “Your intellect tells you one thing, your heart tells you something else. Our staff said, we’re gonna do well. My gut was telling me, no, but my heart was trying to believe it.”

He laid off some staff and appointed himself development director to approach theater supporters in the region as recently as this week. But he found no takers.

Jacobson said many factors played into the demise. One was the location of the theater itself in the wealthy enclave of Manalapan. When he was trying to attract donors, he found that the residents of Boca Raton and Palm Beach did not view Manalapan as their backyard.

“If we had been in the Poinciana Playhouse (in Palm Beach) we’d have had money coming in left and right,” he said.

A yin-and-yang factor was its decision last season to rent a second space across the breezeway as a venue for cabaret performances by local musical theater performers. Tickets sold reasonably well, but the space had to be extensively renovated and required extra staff – expenses planned to come out of mainstage ticket sales that did not materialize.

The Plaza may still have a legacy. Recently, Melissa Bohrer Jacobson and General Manager John Lariviere organized a theater program for autistic students called Puzzle Players. They still hope to conduct that program at some area schools.

The following is a note Jacobson posted on his Facebook site, reposted here with his permission:

As one can imagine, this has been a very difficult time for Melissa and me, and our sons as well. We have shielded them as much as possible, but it was inevitable that they were affected. Once I made the difficult decision to close the theatre, I had to sit back and observe the response from the theatre community. First of all, to set the record straight, I feel most for the actors, directors, designers, and others we had offered work to for this season. This was the most difficult part of the decision, one that I have agonized over. Every single person we hired is talented, and I am confident will enjoy long careers, full of great work. I have received many private emails, texts, and FB messages, as well as seen many beautiful comments on FB that were so supportive and full of love, and I want to thank each one of you for your understanding, and kindness. Through all the difficulties and hurdles we’ve had to endure, as well as the good times, we always tried to not only do good work, but take care of the people that worked for us. We can hold our heads high knowing we gave it our best. As this chapter closes, a new one begins, and we’ll be fine. Thank you South Florida Theatre for giving us a chance, and best of luck to all the talented people down here. We look forward to seeing you all shine “doin’ what comes naturally.”

This entry was posted in News and tagged Alan Jacobson, The Plaza Theatre. Bookmark the permalink.