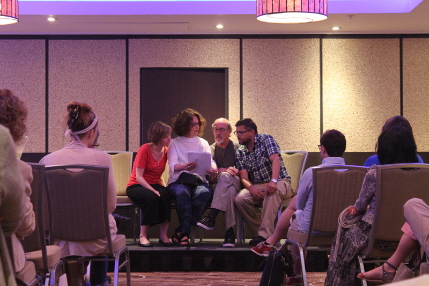 Meeting people, networking, building relationships – these are necessary skills in any business, but critically important for writers hoping to bring their words to the stage.

Giving playwrights a platform to learn and share their craft is the driving force behind CityWrights Professional Weekend for Playwrights, part of the City Theatre’s Summer Shorts Festival.

Now in its fourth year, CityWrights Professional Weekend for Playwrights gives writers a unique opportunity to meet, take workshops from and connect with a variety of creative professionals, from playwrights and publishers to agents and directors, said Susan Westfall, City Theatre’s co-founder and literary director.

CityWrights’ organizers focus on giving playwrights what they want, in one affordable weekend, Westfall said. “They want creative workshops, they want access to individuals and organizations and institutions and information that is driving this craft in both its art and its business,” she said. 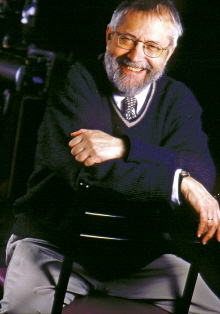 Another highlight of the weekend includes a Ten-Minute Marketplace designed to raise the viability and visibility of short plays – something of particular importance to City Theatre, which is committed to developing and staging short plays in its annual summer festival. The Ten-Minute Marketplace will feature roundtable discussions with artistic directors, publishers, producers, agents and managers.

There also will be two tracks led by Young Playwrights Inc., including one for middle and high school drama, English and language arts teachers, and another for high school playwrights selected for the class of 2014 Scholars.

“We want to do this during Summer Shorts because we want to present the signature art that we do, and we want to involve as many people as possible in the discussion that comes out of what that festival is. For students, it becomes really important because it’s the example,” Westfall said. “ … We’re taking them into the theater to see the plays and meet the playwrights and are sending them to their computers and laptops and legal pads to write under the supervision of the preeminent theater company… who wouldn’t be here, but for CityWrights.”

Helping playwrights establish connections for their future is an important focus for City Theatre, which next year will celebrate its 20th year in Miami. These connections are not only valuable for the CityWrights participants, but for City Theatre and the visiting professionals that come to be part of the weekend, Westfall said.

“Within [CityWright’s] mission is the need to relationship-build, to explore new communities and friendships in order to get more work and to take the work that we’re doing and hopefully send that off, so there’s continued life to those plays,” Westfall said.

The connections made at CityWrights has helped to extend the lives of many short plays, and help bring them to different audiences. While Westfall has recommended plays for different anthologies throughout the years, “it’s different when publishers come in and see the work on stage and meet the people who have written them,” she said.

The event also proves valuable in building South Florida’s national reputation as an arts center, Westfall said. Artists and professionals from across the country come to be part of CityWrights, and are in turn exposed to South Florida talent and to its arts community. Readings on Saturday and Sunday are open to the public, so they can see the works in progress at CityWrights.

“In making these partnerships available to both our local community and the national community… it’s kind of remarkable,” Westfall said. “We’re not a university. We’re not an institution. We’re a theater company and we’ve taken this on as part of our mission for a very important reason.”

Early-bird registration for CityWrights Professional Weekends ends April 30. For more information, to register or for a full schedule of events for CityWrights, go to www.citytheatre.com.