Colin McPhillamy Reads From His Book On Working In China 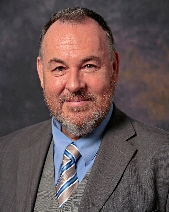 Colin McPhillamy is currently starring as the addled and doomed King in Palm Beach Dramaworks’ acclaimed of Exit The King, but the surreal nature of Ionesco’s play reportedly pales in comparison to his experiences directing and producing Western theater in China and producing Chinese theater in London.
.
Those adventures are chronicled in his new book “An Actor Walks into China” which he will spotlight at 2:30 p.m. Thursday in a one-hour reading and chat at Dramaworks’ Don & Ann Brown Theatre, 201 Clematis Street). Admission is $10 which includes a copy of the author’s new book.

McPhillamy is New York based but has consistently won plaudits for his work in Dramaworks’ previous Copenhagen and The Pitmen Painters and in The Promethean Theatre’s A Report on the Banality of Love.

Born in London, McPhillamy trained as an actor at the Royal Central School. He was with the National Theatre for five seasons and has extensive West End, regional, and British TV Credits. Since moving to America he has acted on Broadway, off-Broadway and at major theaters around the country.

This entry was posted in News and tagged Colin McPhillamy, Palm Beach Dramaworks. Bookmark the permalink.