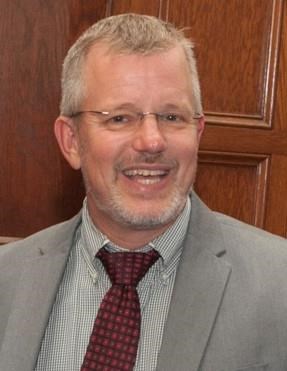 Local playwright Michael Aman, whose died of cancer in May and whose Poz won the Best New Work Carbonell for the 2015, will have yet one more world premiere this month with the bow of Off Balance.

The work will be mounted July 9 – 25 at Empire Stage in Ft. Lauderdale, directed by Aman’s husband Michael Bush.

A news release stated, “Just weeks prior to his passing, he confided in his husband that one of his biggest fears was that, once he was gone, his work would be forgotten… Bush vowed to him that he would not let that happen! This is his first step towards fulfilling that vow!”

The play is described as “An old farmhouse in NY’s Catskill Mountains becomes a character in itself. Restored by its new owner Billy who suddenly finds himself under the spell of a dangerously attractive young man who was originally revealed to him as a male escort and now claims to be straight. When Billy’s best friend April suddenly starts feeling earthquakes and develops vertigo, and a mysterious woman named Loretta swoops in, the entire house is thrown off balance. Will Billy finally let go and admit to the truth about himself, or will the actions of the past haunt him and this house for eternity!”

Aman’s Poz was first produced at Island City Stage and has been mounted several times around the country. Poz is about a young man in 2003 with tuberculosis who discovers that if he was HIV+ he would be covered by insurance for chemo. He meets an HIV+ man with the idea of being infected. The play examines an unconventional love between the two men and an odd family of characters, each dealing with their own demons: an aging actress, struggles with asthma, an eccentric woman who speaks with angels, a middle aged flamboyant queen, and a young man who died of AIDS early in the health crisis.

Off Balance is scheduled for 8 p.m. Fridays and Saturdays and 5 p.m. Sundays, with a preview Thursday the 8th at the small theater at 1140 N. Flagler Dr.