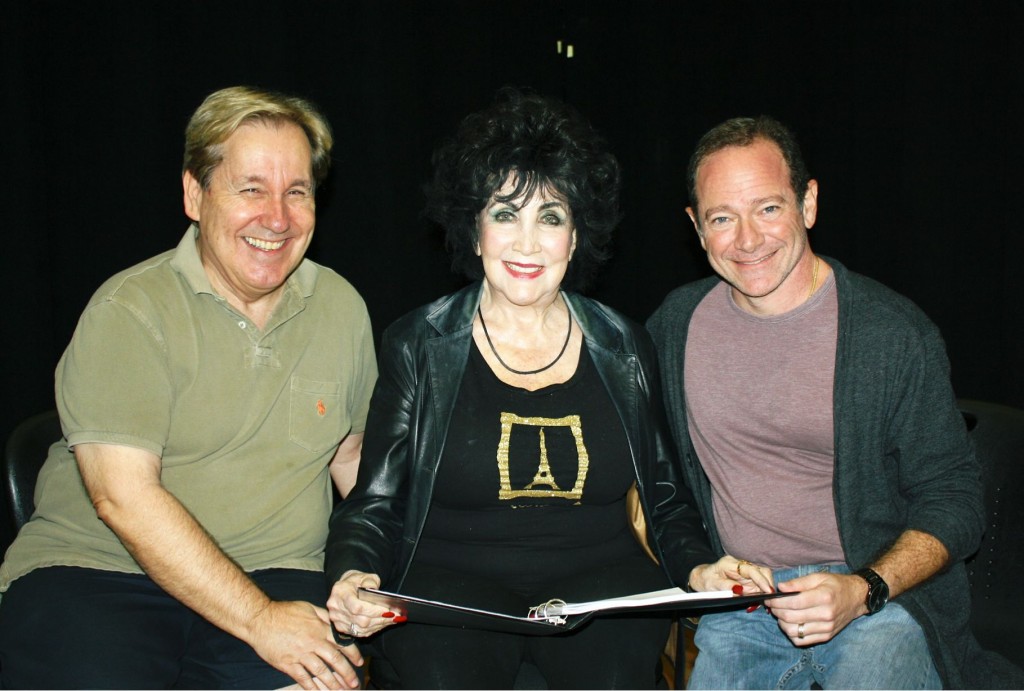 Play readings usually are ad hoc affairs with a few hours of rehearsal relying heavily on the cold reading skills of the actors. Much rarer in South Florida are workshop productions that provide playwrights a fuller sense of their work-in-progress thanks to several days of preparation and a small budget.

But nearly unheard of in this region is a full series of workshopped plays such as the new program kicking off Monday under the aegis of local theater legend Jan McArt.

The productions at Lynn University in Boca Raton are an expansion of the play reading series that McArt hosted recently including Murder on Gin Lane by Finstrom.

McArt, who ran the Royal Palm Dinner Theatre among others for 25 years, is currently director of theater development at Lynn University. She was quoted in a news release as saying,“If there’s one thing I love, it’s making things happen. I’m working as hard as I ever did.”

Finstrom, who is also associate producer of the series, wrote “Usually, when anybody does the reading of a new play, the cast and director come in and read through it in the afternoon and present it to an audience that evening. And often the cast is simply seated in a semi-circle, or perhaps they’ll step up with their scripts to music stands when it’s their character’s turn to speak.”

But this series involves a playwright working with a paid cast and a director for six days, frequently re-writing the script based on the rehearsals. In performance, the actors will carry scripts, but they will move about, wear some costumes, use props and benefit from minimal lighting and set design.

“Having an opportunity like this to develop and workshop a new play is a gift to any playwright,” wrote the veteran local playwright McKeever. “This sort of process rarely happens anymore, which is sad, as it greatly helps assure a better finished product.”

The series’ resident director Wayne Rudisill wrote, “A number of years before A Chorus Line I remember Joe Papp telling me how important the workshop process is, in that it allows the playwright to hear the language and receive feedback from a director, actors, and an audience, It’s the first step in shifting the play from inside the playwright’s head to the stage.”

This comedy with music was written by Finstrom and will be directed by Rudisill.
The story occurs on the stage of a small regional theater company, whose producing artistic director has made the greedy mistake of hiring a celebrity to appear in a new drama about the greatest stage actress of the early 20th century, Mrs. Fiske.  Rehearsals, straight through to opening night panic, are part of this play-within-a-play as the company struggles to mount the story of a theatrical legend’s glorious Broadway career with a star who is miscast. The cast will include McArt, McKeever, Iris Acker, Jeffrey Bruce, Patti Gardner and Kevin Reilley.

The set up of this drama by Clancy and directed by Stuart Meltzer is described as “Will and Ned have been in a relationship for 10 years. They decided not to marry during the time same-sex couples were allowed to wed under California law. They felt ‘if something is not broken, why try to fix it.’ Now two friends are trying to convince them to be the plaintiffs who will challenge Proposition 8 in court. Although they feel it’s important to defeat the proposition, they also wonder how a legal, state-sanctioned marriage might impact their own definition of the word commitment.

March 18: Champagne And Bosom Buddies: A Tribute To Jerry Herman

This musical revue by Jay Stuart presented with Herman’s approval will be directed by Rudisill.

In this collection of six short plays, McKeever and director Michael Leeds explore the different people and situations that played a role in the journey of the world’s most famous painting from her creation at the hands of a Renaissance master, to her brief stay in Napoleon’s bedroom, to her infamous theft from the Louvre in 1911, to her historic trip to Washington D.C. in 1962.