In The Heights, Godspell Slated As Part of Actors Playhouse 2012-2013 Anniversary Season 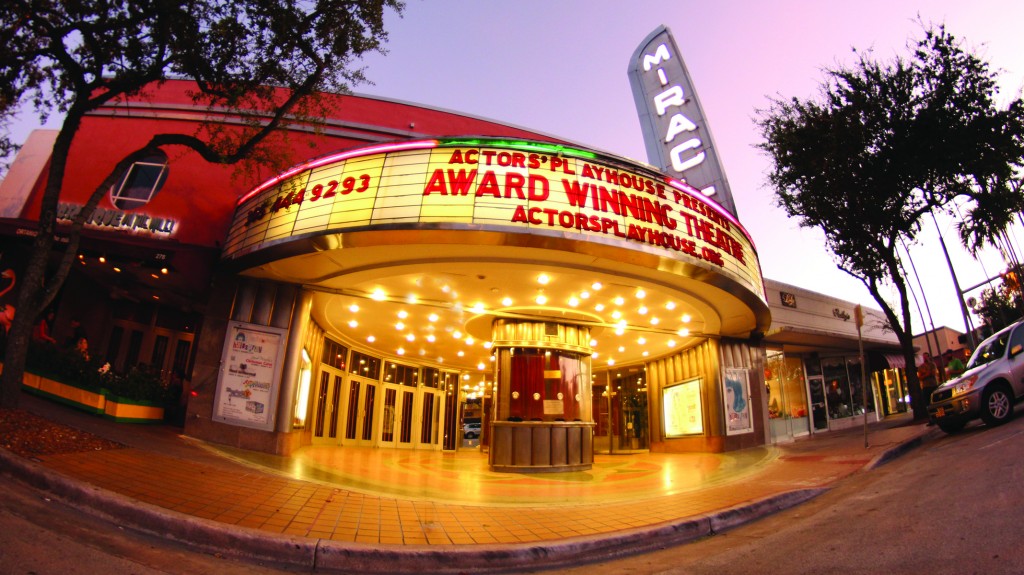 Actors Playhouse’s 2012-2013 season will feature something old, something new, something you may have heard of but likely never seen, and something only the playwright’s mother is aware of  — and all intriguing.

Four of the six shows in the Coral Gables’ theater’s 25th anniversary season were unveiled Tuesday.

The big budget headliner in spring 2013 is the something new: the first regional production of the 2008 Tony-winning Best Musical In The Heights, a salsa/hip hop flavored celebration about life in the multi-cultural barrio of Washington Heights, N.Y.

Lin-Manuel Miranda wrote the infectious music and inventive lyrics that cross cultures and genres. Quiara Alegia Hudes wrote the story centering on Usnavi, a charming young bodega owner trying to decide whether to leave the neighborhood for a better future, or stay with the three generations of friends and family struggling to survive.

Some area audiences saw the national tour of the show when it played Miami in 2011 and Fort Lauderdale in 2010.

The choice plays into the long-time strategy of Executive Producing Director Producer Barbara Stein and Artistic Director David Arisco who have striven for years to schedule shows that would attract Miami’s Hispanic population. For instance, they produced the world premiere of Nilo Cruz’s The Color of Desire in 2010 and Havana Bourgeois in 2009, both about Cubans living under Castro.

A title more familiar to older audiences will be the season opener in the fall, Godspell, the 1971 musical enjoying yet another revival on Broadway this season with yet another reimagining.

The tuneful, gentle and ultimately moving re-telling of the Gospel According to St. Matthew was one of the first musicals composed by Stephen Schwartz, later to pen Pippin and Wicked. Originally, it was produced off-off-Broadway with a somewhat flower child sensibility, but has been reinvented over and over again.

The holiday season will feature the cult musical known mostly to showtune aficionados, The Last Five Years. The contemporary song-cycle usually performed in one act was written by Jason Robert Brown, whose Songs For A New World was mounted by Actors Playhouse in 2005. The musical chronicles the five-year life of a marriage, told through two timelines at the same time: From the husband’s point of view, it stretches from first meeting to breakup; from the wife’s point of view, it’s told from the breakup, in reverse chronological order, to their meeting. The two characters/actors only interact once, at their wedding in the middle of the show.

In January, the theater will produce the comedy The Fox on the Fairway . While few people have heard of it, it comes with a gilt-edged pedigree: It’s written by Ken Ludwig, author of Lend Me a Tenor, one of the funniest farces since Noises Off. Set at the Quail Valley Country Club, the plot features mistaken identities, slamming doors and romantic shenanigans.

The May and July shows will be announced later.

Season subscriptions are on sale : $185 for preview performances, $239 for Wednesday and Thursday evenings and Sunday matinees, $275 for Friday and Saturday evenings, and $279 for VIP Flexible/Anytime tickets for premium seats in any performance. Opening night subscriptions are $435. Miracle Maker donor subscriptions, including two tickets to Gala Opening Nights, donor acknowledgement, and invitations to special events including the 25th Anniversary Season Opening Celebration are $1,250. Subscriptions for children 18 years and younger with a full paid adult subscription, and college students, are $105.