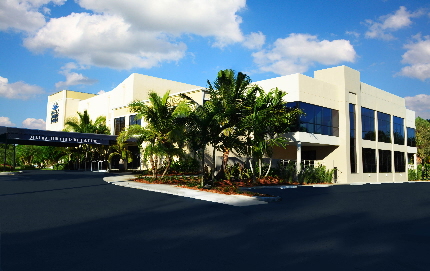 The Maltz Jupiter Theatre has been nudging its mainstream audience for years toward relatively riskier fare, but the slate announced today for its 2014-2015 season includes one entry that will never be mistaken for Oklahoma: David Mamet’s scorching drama Glengarry Glen Ross.

Focusing on abrasive venal salesmen luxuriating in profane language, it’s what Artistic Director Andrew Kato called “an antidote to the rest of the season.”

But even the rest of the line-up has its challenges. In addition to the iconic Fiddler on the Roof on the 50th anniversary of its premiere, the Maltz plans to mount Larry Shue’s hilarious satire The Foreigner, an extended run of Les Misérables, and Kato returning to the director’s chair to helm a reinvented vision of The Wiz complete with puppets.

The Maltz is very careful in choosing its season to satisfy the taste of its core audience with venerable name-recognizable warhorses like the recent Annie and last season’s reimagined Hello, Dolly!. But the Maltz’s leaders have been adding more straight plays over the years like the classic 12 Angry Men, the lush Amadeus and the 2010 Broadway hit, Red. This month, it’s undertaking Other Desert Cities, a drama that won acclaim off and on Broadway in 2011 about a wealthy dysfunctional family.

But Glengarry Glen Ross, a pitch black drama punctuated by gallows humor, is what Kato called the season’s “stretch” entry.

“We might take a few bruises” with dissatisfied patrons seeking more palatable fare, but “then so be it,” he said in a news conference in Fort Lauderdale today – a county from its home in Palm Beach County.

The 11th season opens with The Foreigner (Oct. 26 – Nov. 9), a 1984 farce that is beloved by those who have seen it, but does not have name recognition among casual theatergoers. The plot is set at a rural Georgia fishing lodge where a pathologically shy man adopts a persona as a non-English-speaking foreigner in an attempt to avoid conversation. Over time, a group of condescending visitors and residents reveal their secrets to him because they assume he cannot understand what is being said to him.

The Wiz (Jan. 13 – Feb. 1) won the 1975 Tony for best musical with an imaginative reinvention of The Wizard of Oz with an infectious gospel and soul-flavored score. Kato, who hasn’t directed a show for the Maltz since his own musical Academy, returns to lead this one. Kato, who has long been interested in puppetry, hopes to incorporate the art form into this production.

Glengarry Glen Ross (Feb. 8 – 22) won Mamet the Pulitzer Prize in 1984 for this merciless look at greed in 20th Century America, but it’s just as relevant 30 years onward. The plot follows a group of amoral Chicago real estate salesman fighting for a prize and trying to keep their jobs during a sales competition. The language is extremely rough with innumerable uses of F-bombs.

The Maltz has held the rights to produce Les Misérables for some time but has finally slated it for March 10 – April 5. Normally, the Maltz only produced musicals for three weekends and ends its season before the spring holidays. But the anticipated demand for this show has persuaded the company to break both guidelines.

The Maltz will host many short runs and special events during tourist season, but three events are being heavily promoted:

—-The Youth Artists’ Chair will presents a student production of Arthur Miller’s The Crucible on August 16.

—–The Emerging Artist Series presents Through the Looking Glass on Oct. 17, a contemporary retelling of the children’s classic Alice in Wonderland written by Kato and John Mercurio.