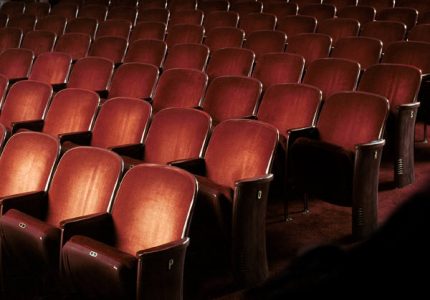 South Florida stages are dormant, but the theaters themselves are not. Already, the community is trying to adapt to the exigencies of the current brave new world by offering imaginative initiatives to serve their patrons and their fellow artists. We will update this story as more projects are announced.

Miami New Drama Managing Director Nick Richberg said, “Ultimately, if we’re still going to matter when all this is over, we have to find ways to stay connected to the community.”

Theatre Lab, the resident professional company at FAU in Boca Raton, is evolving an Online Original Monologue Festival: A Benefit for South Florida Artists, described as kind of online telethon and hybrid between the company’s Overnight Theatre Project and its existing Educational Outreach programming. Details are still being solidified and will be posted as they emerge on the company’s Facebook page.

But the current plan has four parts.

—First, the theater’s workshops currently given in its student training program will be opened for free to the public on the Facebook Live page with live lectures twice on Wednesday about identifying part of a story, and Thursday on elements of a monologue.

—Second, on Friday, anyone participating in those sessions will be asked to email in a story or monologue based on the theme “hope.”

—Third, Friday and Saturday the Theatre Lab staff will select the best ones and assign them to professional actors – and some directors.

—Fourth, on Sunday from 5 to 7 p.m. those artists will perform their assignments on camera from their homes in a marathon viewable on the Facebook Live channel, a kind of riff on the Overnight Theater model for short plays.

In theory, anyone watching those performances then can donate to the specific performers on view, to other artists identified by those performers or to a fund just to help local theater artists in general, using an online payment app like Paypal or Venmo or Zelle.

An introductory video is at https://tinyurl.com/rvy7pfk

The Maltz Jupiter Theatre only held a dress rehearsal and a preview for its How To Succeed In Business Without Really Trying. But patrons who bought tickets can view online a four-camera shoot of its dress rehearsal, using some of the expertise Producing Artistic Director Andrew Kato learned producing videos for the Tony Awards. With the approval of theatrical unions, patrons are being emailed access information to a website where the show can be viewed through March 29. Ticket holders also can use their tickets for their same seats when the show reopens later this year.

Miami New Drama has created an online Master Class Series with livestreamed sessions. While free, you must register at the theater’s website at miaminewdrama.org.
— Thursday, 11 a.m.- 1 p.m., A Wonderful World playwright and television writer Aurin Squire will discuss creating a new world
—Tuesday March 31, 3-5 p.m., actors Peter Romano and Brynne McManimie discuss actors’ approach to American master playwrights
— Thursday April 2,  3-5 p.m., Drama Desk winner and Tony nominee director Christopher Renshaw who just helmed A Wonderful World will discuss creating a new work.
It is exploring whether it can work up a way for ticket buyers to A Wonderful World, the world premiere musical that closed on its last preview, to see the production on video.

New City Players, whose mission includes being deeply committed to being part of the community at large (and as adept users of the Internet), has planned two cyber-events.
— NCPLab – March 30, 7-9 p.m. on Google Meet, asking writers and aspiring writers to prepare a 1- to 10-minute play/scene about COVID-19, quarantine, pandemics, or social distancing. They will check in on one another, read the plays submitted, and brainstorm how to stay creative during these uncertain times.
— Its continuing series of City Speaks sessions will be online instead of in person, this time April 10, 7-9 p.m. live-streaming on Zoom.

The South Florida Theatre League is posting considerable information on its website ranging from best practices to listing emergency funds across the country to how to effectively stay in touch with patrons.