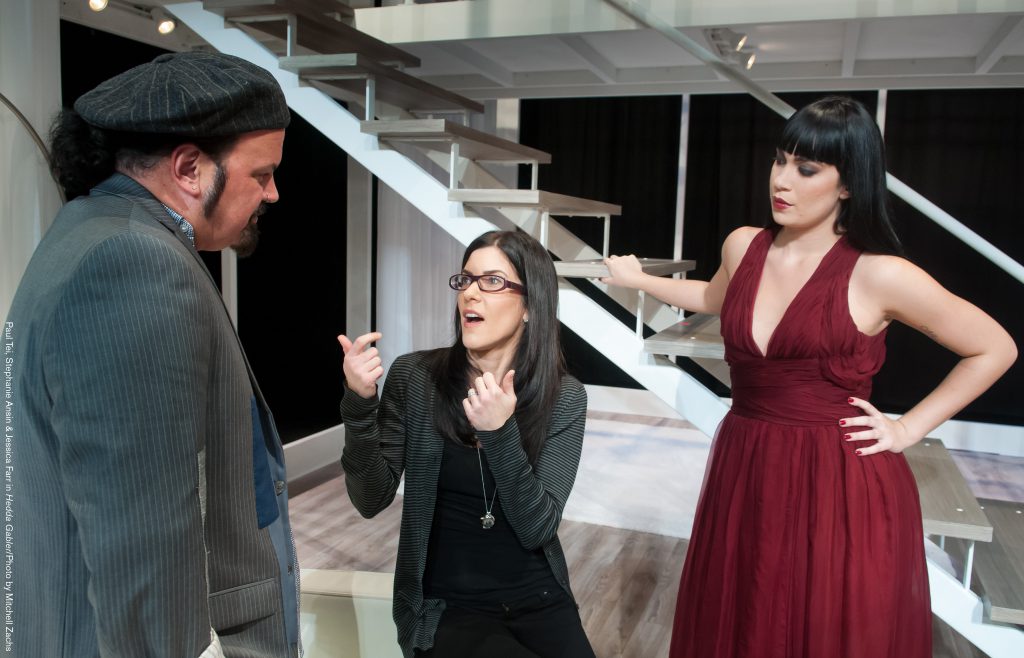 Stephanie Ansin, who championed stylized and intellectually challenging theater for children, is stepping down from the leadership of Miami Theater Center, the groundbreaking company she co-created 12 years ago.

She resigned her post as artistic director effective June 30 during the center’s annual board of directors meeting in October, according to a news release obtained Thursday night but dated last November. She will also stay on as treasurer until the season ends this summer.

In an email interview, she did not answer why she was resigning. Instead she responded, Miami Theater Center will always be a part of my life. My relationship with MTC will shift as we restructure the organization, but I will remain part of the family while taking time to pursue creative projects outside of the company.”

The news release quoted her as saying, “The last 12 years at MTC have been incredibly enriching and rewarding thanks to Miami Shores, the entire staff, and all of the amazing friends and family of MTC. I am so grateful for the opportunities and the experiences during my time as Artistic Director, but exciting new creative adventures are calling me.” She did not respond to a request what those ventures are.

The precise future of the theater company based in Miami Shores was unclear from the announcement, although much of the release focused on how Giselle Kovac had been appointed the new president of the board, replacing Kevin Miller who was moving to San Francisco. Ansin said in an email that MTC would be undergoing a “restructuring.,” but she added, “Miami Theater Center shall live on!”

Kovac was quoted as saying, “MTC is an amazing artistic and innovative organization and I am looking forward to seeing what we can create, putting our usual out-of-the-box perspective to work as we move through our evolution. I am honored.”

The news release continued by quoting Miller as being optimistic about the changes, specifically: “While we take time to pause and celebrate our rich history of innovative programming under the artistic leadership of Stephanie Ansin, it’s also a time of excitement when we look at the road ahead. In addition to our own production efforts, we have built an organization where collaboration with others is welcomed and encouraged. Giselle Kovac is an amazing community leader and arts advocate, and will lead MTC into its next chapter of artistic excellence.”

While Ansin has built a strong staff including Elaiza Irizarry as executive director and Fernando Calzadilla as resident designer, Ansin has been the artistic visionary, imaginative playwright, emotional sparkplug and effective fundraiser at the heart of the operation.

The announcement contained no information about who would replace her, the specific reason for her departure or the plans for the theater. A public relations firm stated Thursday that the release was disseminated the day after Donald Trump’s election. Apparently no one in the media noticed it or wrote a story. The release is not on the company’s website page with other news releases.

Ansin and MTC’s previous incarnation as The PlayGround Theatre won national recognition for the concept of highly theatrical, imaginatively staged and sensory  vivid productions that may have been aimed at youngsters, but which were as lushly-produced and featured more fine-grained highly-polished attention to detail than many adult productions in the region.

Funded by corporations, foundations and county government grants, she led an operation that bussed in tens of thousands of Miami-Dade public school children to see their productions, often exposing them for the first time to live theater.

She was adamant not to “talk down” to children with her art. She once said, “This is not a fuzzy animal in a spotlight in front of a flat… You would not look at a pediatrician as a ‘kiddie doctor.’ We are pediatricians of the soul.”

Ansin and then husband Oleg Kheyfets founded The PlayGround Theatre in 2004 with a growing rotating repertoire of plays, many of which they wrote or heavily adapted themselves. They travelled to venues from Miami to West Palm Beach until 2006-2006 when it took up residence in the decaying Miami Shores Theater, a movie house built in 1946.

She raised money and renovated the venue completely. The operation grew: It build out a black box theater next door that allowed it to expand its scope to include the more experimental adult Sandbox productions and provide a new home for the independent Mad Cat Theatre Company. Its educational focus included classes on the property, in public school classrooms and its own summer camp. In 2012, she partnered with O Cinema art house and changed the company name to Miami Theater Center in 2012 or MTC.

MTC also was one of the pioneers for making performances more accessible to the disabled, a rare step for primarily children’s theater. The initiatives helped patrons in wheelchairs, those needing audio description, open captioning, American Sign Language interpreters, and notably, “sensory-friendly performances” for individuals with Autism Spectrum Disorder.

As the reorganized MTC, Ansin – a Miami native who was trained in avant garde theater in New York City – began mounting fare aimed at adult audiences including reimaginings of Three Sisters, The Seven Year Itch, Hedda Gabler and Tennessee Williams’ Two-Character Play.
Ansin sometimes developed projects over a period of years and her exploratory rehearsal process could last two or three times the 2 ½ weeks common among other Florida theater companies.

The company’s fiscal 2014 tax returns show revenues of about $2.4 million and $2.3 in expenses. About $2.3 million comes from grants, donations and sponsorships. Assets are listed as about $1.8 million, liabilities of about $50,000.


Asked what she was proudest of during her tenure, she wrote in an email, “As with the finalization of every creative endeavor, I feel pride in what I have achieved and an acute awareness of opportunities for growth. I’m proud of everything that Miami Theater Center has created – the productions we have mounted,  the relationships we have nurtured, the artists we have supported, the students we have ignited. Most recently, an NEA Art Works grant enabled us to launch the U.S. tour of the Yawanawá Tribe of the Brazilian Amazon and collaborate with Native American theatre artists Larissa FastHorse and Ty Defoe in creating theatre education experiences for children on the Seminole Reservation as well as a two-day playwriting and story-telling workshop that Indigenous and non-Indigenous attended at MTC. This two-part project, Indigenous Allies, was inspiring and satisfying on every level.” 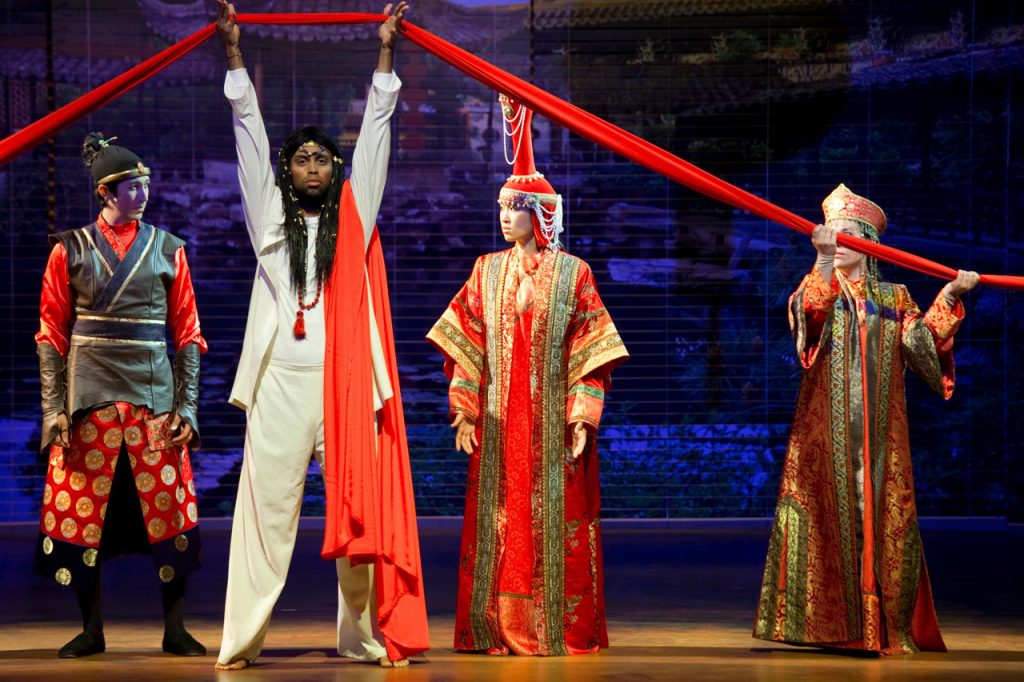 The Red Thread, an original work by Stephanie Ansin and Fernando Calzadilla for The PlayGround Theater

This entry was posted in News and tagged Miami Theater Center, Stephanie Ansin, The PlayGround Theater. Bookmark the permalink.