Theatre League’s Remy Awards To Be Bestowed At Monday Gala 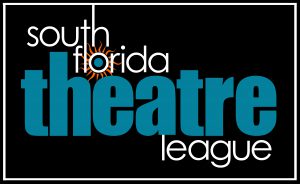 The Remy Awards, named in honor of Remberto Cabrera, the former Miami-Dade County Department of Cultural Affairs’ Senior Cultural Administrator and Chief of Cultural Development, began in 1994 and were expanded in 2014.

…is bestowed upon individuals who have, over the years, taken the lead and contributed substantially to the health, growth and development of the South Florida theatre community. The couple are founders of the Fantasy Theatre Factory in Miami.

… is given to either individuals or organizations in recognition of their invaluable and outstanding contributions made through time, talent, service, and expertise by taking the initiative and actively participating and contributing to the growth and development of the South Florida Theatre League. Chambers-Wilson, a leader of the League and a Carbonell judge, has been an actor, stage manager and a half-dozen other theater-related positions.

Named in memory of one of South Florida’s dedicated arts patrons, the award honors those who have made a substantial contribution to the theatrical community in the ways that Jay Harris did – through leadership, on-going volunteerism, and financial support.

Danford is a veteran stage manager for numerous productions, most recently for Palm Beach Dramaworks

The relatively young operation underwritten by the Miami-Dade Department of Cultural Affairs hires freelance journalists to provide reviews of many different types of arts endeavors including theater, then provides it free to local news venues.

The event will start at 7:30 p.m. Monday at ArtServe, 1350 E Sunrise Blvd., in Fort Lauderdale with a reception with light refreshments, a silent auction, the awards presentations and performances by performances by Karen Stephens, Lourelene Snedeker, Caryl Fantel, Miami Children’s Theatre, and Dance Now.