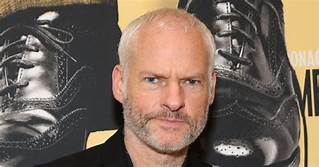 We’re back from our trip to New York to scout out productions you might want to see (or not), shows that might tour South Florida and scripts that might be worth reviving in our regional theaters – some of which with elements nominated for Tony Awards. We will run our reviews intermittently over the next two weeks. The shows include: How I Learned to Drive, American Buffalo, Harry Potter and the Cursed Child, and Hangmen. More coming after a summer visit. Links to other reviews can be found at the bottom as the reviews run

When the playwright is Martin McDonagh, it is a given that there will be pitch black darkness inside the drama and copious gallows humor (cheap pun intended in this Broadway production of Hangmen).

Inarguably, Hangmen (self-categorized as a comedy) takes its emotional and physical violence-infused place among his oeuvre seen locally at GableStage and Palm Beach Dramaworks: The Pillowman, The Beauty Queen of Leenane, A Behanding in Spokane and The Lieutenant of Inishmore.

It starts with one of the last hangings in Britain, supervised by the fictional Harry Wade, and ends with violence and a deep indictment of human failings. We can’t explain the last few scenes without spoiling a series of developments that the characters never see coming, but we in the audience have been manipulated to watch approaching like a slow-moving Cat 5 hurricane.

The show begins with a horrifying depiction of Harry’s last job in the mid-1960s of a struggling young man who swears he did not rape and kill a woman. But the rest of the play occurs two years later. Harry is now a kind of low-rent local celebrity as he and his wife runs a Cheers-like neighborhood pub in Lancashire with a dumpy teenager daughter in tow.

Harry is a tall imposing potbellied figure with a mien that embodies letter of the law impartiality. His vanity and pride flow out of his straight-back posture. But he bristles, as any second-rater would, when someone mentions the real-life last hangman in the country, the prolific Albert Pierrepoint who earned most of the attention during the period.

But on the second anniversary of Harry’s last hanging, his woebegone former assistant Syd suggests that the defendant might have been innocent. And out of nowhere appears Mooney, a young man whose dress and accent make it clear he’s not from these parts, to have a few drinks. He’s a strange bird, speaking to the assembled local characters with clearly feigned bonhomie and in an amped up torrent of verbiage like a con man on speed. The Londoner says, “Don’t worry. I may have my quirks but I’m not an animal. Or am I? One for the courts to discuss.”

But later on, something occurs that we don’t want to reveal either but which sets the anxiety level spinning at 5000 rpm. And still, nothing is what it seems and tragedies occur in part because of assumptions and rushes to judgment.

The play is not really meant as an indictment of capital punishment, other than to make execution and its executioners banal. While the play opens and nearly closes with heart-stopping violence, it’s the human emotions and failings that are being mercilessly pilloried.  Indeed, it is meant to be a larger warning that some mysteries set up in this play are never resolved. Nothing is certain, therefore we all bear culpability in these tragedies,

The comedy, as always with McDonagh, comes out of colliding character traits as well as dark wry one-liners about things not so bloody funny, plus retorts that border on logical non sequiturs. For instance, as the young man to be hanged struggles desperately against his jailers, Syd says seriously, with no intent to be funny, “If you’d just tried to relax, you could’ve been dead by now.”

The Harry we saw was David Threllfall, best known here as Smike in Nicholas Nickleby. Threllfall is nothing short of brilliant in constructing a man whose proud exterior as a kind of blue collar country squire in a bowtie – unable and unwilling to be challenged — barely conceals his knowledge that he has always been a second-rater.

But just after we left, Threllfall was on break and replaced for a week by Colin McPhillamy, who performs down here regularly, most recently in Jacob Marley’s Christmas Carol. We wish we could have gone back and seen him.

The strange visitor was deftly, carefully played by Alfie Allen (best known here as the emasculated Theon Greyjoy in Game of Thrones). His Mooney clearly is playing a secret game from the moment he walks in – and he wants the others in the pub to know it.

The evening was helmed by Matthew Dunster, who directed it in previews just before being extinguished by the Covid shutdown.

The hanging cell, a restaurant and the note perfect pub were the work of designer Anna Fleischle who also created the character-revealing costumes.

One word of warning: Threllfall (who was born in Lancashire) and the other characters speak an authentic Lancashire accent, which is almost as unintelligible as a Yorkshire accent and almost as opaque as the Broadway and tour productions of Matilda. I longed for closed captioning they have for opera.

If you can see it in New York before it closes June 19 at the Golden Theater, Threllfall and Allen are worth the ticket. The show picked up five Tony nominations. But if not, count the months before someone picks it up down here. (Hey, Colin’s available.)

Hangmen plays through June 19 at the Golden Theatre. Tickets: https://hangmenbroadway.com/