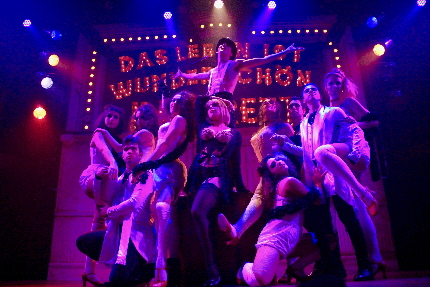 Three crucial qualities that theater schools don’t teach aspiring artistic directors and managing directors are persistence, flexibility and resilience. But those are the qualities, besides artistic vision, that John Rodaz and Maria Banda-Rodaz will resurrect once again as they move Area Stage Company to yet another home this spring.

Actually, two homes, one of them temporary while the future with the other is unfocused at the moment.

But the Miami-area theater icons whose local presence began in 1989 on Lincoln Road are, like the residents of Anatevka, are leaving home in April and seeking a new permanent one.

They have staged scores of shows and taught classes at the renovated Riviera movie theater at 1560 S. Dixie Highway in Coral Gables since 2009.

They will produce one more show this month at the venue with professional artists, the world premiere of Peter x Wendy written and directed by their son Giancarlo; then mount a student conservatory production of the musical Oliver; then host a student production Gulliver Academy of the musical Newsies, headed by their old friend Carlos Orizondo.

And then April 5, they will shut the doors.

But on April 19 – after months of planned transfer of resources — they will reopen offices, classrooms and a small performing space in a 7,000 square-foot space at  The Shops at Sunset Place, the shopping center two blocks southeast at the intersection of U.S. 1 and Red Road.

That will be a major change from the expansive venue they have now that includes a proscenium theater. They plan to build out a couple of studio spaces in the new location.

“It’s a lifeboat,” John Rodaz said of the likelihood of being there for 2 to 2 ½  years. “It answers all of our immediate needs and hopefully it will be a smooth transition into that space. In the meantime, we’ll be looking for a permanent space. The company has been putting aside money and is intending to buy a permanent home rather than renting.

The current move will require significant reimagining for the short term, he said. “We’re a machine here, doing 14 productions a year with everything on all cylinders. We are going to have to stop it and rethink it. Sometime it feels daunting and challenging and stimulating at the same time. We have to find new ways of doing things.”

Productions at Sunset Place “will be very simple setups” in a space with 50 to 80 seats. “I think it’s important to do our showcases there for our students, primarily used for the conservatory.” As far as professional productions, maybe they can do some straight plays with modest needs, he said. “We can’t do big musicals,” which have been the company’s calling card in recent years such as Matilda and Cabaret.

The current landlord of the Riviera has been supportive. “The owners are letting us take whatever we need. A lot of lights and sound and all of that belongs to us, but there are doors and all kinds of things that we can use in the new space that they are kind enough to let us have.”

There is a secondary piece to the vision – producing at the county-owned South Miami-Dade Cultural Arts Center in Cutler Bay. The multi-venue facility includes a black box theater, a smaller lab theater, rehearsal space and classrooms.

Rodaz has met for a year with its managing director Eric Fliss discussing various possibilities: presenting conservatory productions and smaller professional productions cut back in scope, such as a remounting of its successful offering of last year, Matilda. Specifics are still being discussed.

But the move from the Riviera was not unexpected; the theater operators were told by the property owner four years ago that the structure would likely be razed, now slated to be a Publix grocery. They received formal notification in October that they had to be out by April.

It’s not lost on the Rodazes that some theaters have foundered when they have moved because their audiences did not follow, notably Florida Stage in Manalapan. But they feel Sunset Place is not so far to deter their loyal cadre of parents whose children take classes in the conservatory. New Theatre, the venerable downtown Coral Gables company, folded after striving for years to re-attract its subscribers when it moved to that South Miami facility, about a 20-minute drive.

In addition to keeping its current audience, Rodaz hopes Area Stage can attract a new audience in the Cutler Bay area. “It can take a year or two or three to build an audience. They need to trust you before they are going to come and spend their money and see something worthwhile,” he said. 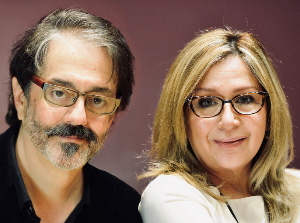 The Rodaz family has been part of the theater scene locally for 30 years. They opened a 49-seat theater in a 1,600 square-foot space on Lincoln Road in 1989. For a decade, coping with rising rents with subsidies from the county, it built an enviable reputation for quality productions including The Lisbon Traviata and Neil’s Garden. Its work, often recognized with Carbonell Awards, gave early experience to a wide array of actors who later became the core of Miami’s acting corps.

But the rents and other challenges prompted a closing in 1999. The couple worked for several other theater companies in different capacities, and labored in the region’s burgeoning film, commercials and television industry as location scouts or managers, production coordinators, producers, coaches and art directors.

Then in 2009, they found the former movie house and resumed their own productions, both professional and part of an ever-growing conservatory program.

News of the move galvanized supporters, Rodaz said. “Once they heard we got our notice, everybody has stepped forward, everybody called and said, ‘What can we do?’ So we feel great. We feel like it’s going be rough; it’s not going to be easy, but (the support) gives you more comfort.” 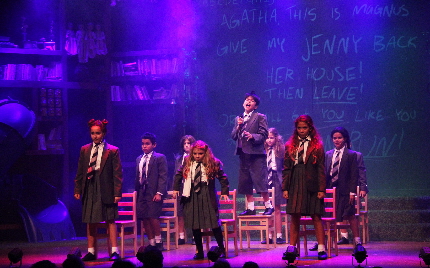