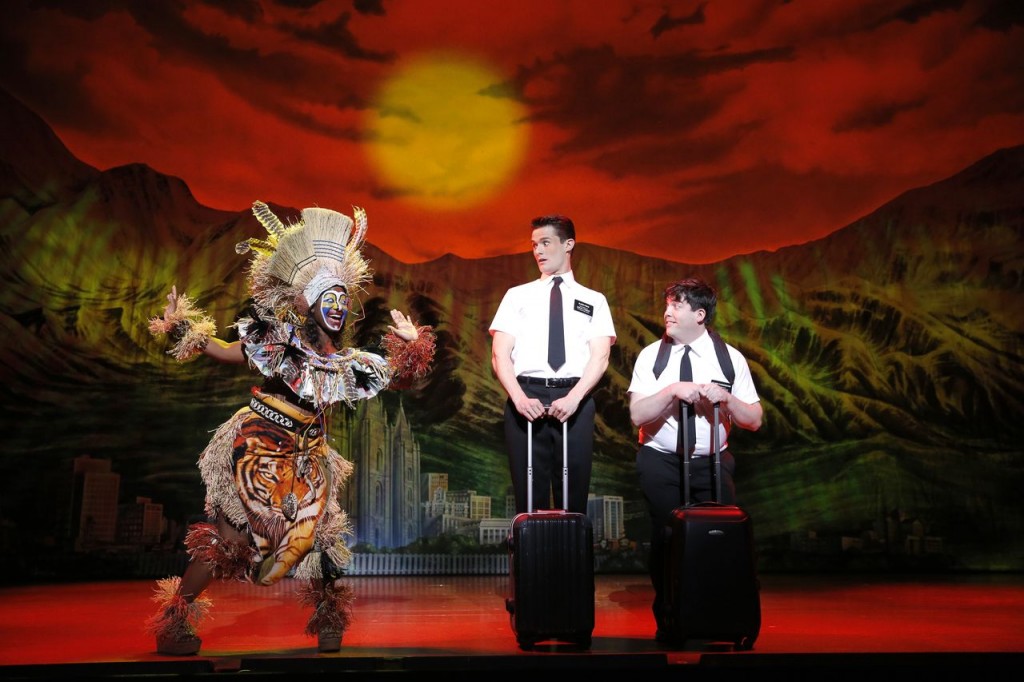 The Book of Mormon, Broadway’s biggest hit musical since The Producers, is the headlining entry in the 2013-2014 season of national tours announced Sunday by Broadway Across America – Fort Lauderdale.

The aggressively irreverent musical by the creators of the South Park television program is echoed by a season that skews more toward a younger audience than ever before including the rock musical American Idiot based on the album by Green Day.

The season kicks off Oct. 9-20 with the return of the chip on the shoulder, curled lip musical Chicago featuring the John Kander-Fred Ebb score and Ann Reinking’s recreation of the idiosyncratic choreography of Bob Fosse.

The bridge  between holidays, Nov. 26 – Dec. 22, will see the regional bow of the Tony-winning The Book of Mormon, still the hottest ticket in New York. Laced with huge helpings of sexual references, copious profanity and a thumb-nosing attitude, the musical follows a group of naïve Mormon missionaries trying to bring their religion to the denizens of an African country awash in violent civil war and rampant AIDS. While it merciless lampoons organized religion in general, it actually honors the concept and power of faith. The book and lyrics are by South Park’s creators Trey Parker and Matt Stone and the music is by Robert Lopez who penned Avenue Q. Absolutely guaranteed to offend some people, it remains one of the funniest and quietly well-crafted musicals seen in years.

The new year begins Jan. 7-19 with a completely reworked version of The Wizard of Oz although it is drawn from the classic film and its soundtrack. It’s expanded and augmented with music from co-producer Andrew Lloyd Webber and his original lyricist Tim Rice.

One of the major surprises in New York a few years back was the infectious quality of the roof-raising Tony-winning Memphis. The fictionalized tale of the birth of rock  ’n’ roll that looks at how music affected race relations comes to Fort Lauderdale, Feb. 25-March 9.

Praised as the next step in the evolution of the rock musical, American Idiot creates a story to weave through Green Day’s Grammy-winning punk rock album when it plays March 25- April 6. It depicts three lifelong friends, forced to choose between their dreams and the safety of suburbia in a post 9/11 world.

Closing the season April 29- May 11 is Ghost The Musical, which is based on the wildly-popular romantic movie, praised on Broadway for its special effects. The score was written by Dave Stewart of the Eurythmics and Glen Ballard.  The plot follows Sam and Molly, a young couple whose connection takes a shocking turn after Sam’s untimely death. Trapped between two worlds, Sam refuses to leave Molly when he learns she is in grave danger. Desperate to communicate with her, he turns to a storefront psychic who helps him protect Molly and avenge his death.

Season tickets, ranging from$177 to $570, are on sale now by calling (800) 764-0700. Tickets for individual show go on sale later this year. Visit www.BroadwayAcrossAmerica.com more information. Most shows are performed at the Broward Center for the Performing Arts, 201 SW Fifth Ave., Fort Lauderdale.

This entry was posted in News and tagged American Idiot, Broadway Across America, Ghost, The Book of Mormon. Bookmark the permalink.