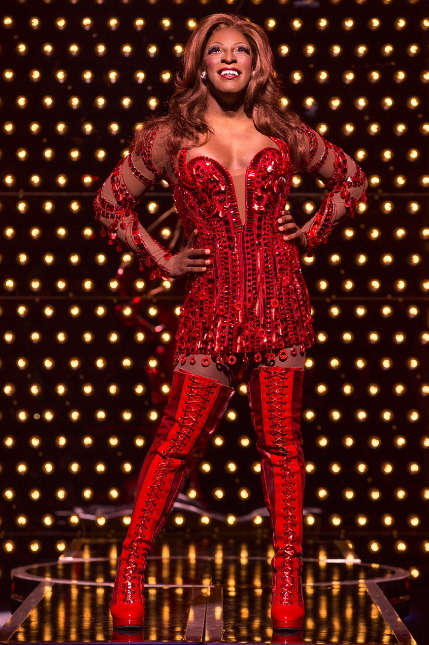 Lola struts his stuff in Kink Boots / Photo b y Matthew Murphy of an actor earlier in the run.

Contrary to some opinions, critics are human, too. So, feeling decidedly blue Tuesday, I went into the national tour of Kinky Boots  wanting this reportedly boisterous, life-affirming and joyful romp-with-a-message to lift me out of “a siege of the sads” as they say in Pippin.

Most people in the audience seemed to enjoy the evening, so, perhaps, it was just me. I’ll be happy to be proved wrong.

This entry was posted in Performances, Reviews and tagged Kinky Boots. Bookmark the permalink.