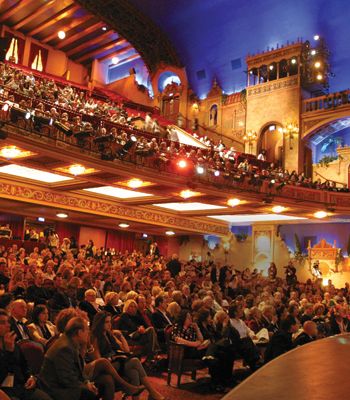 (This is a three-part series, starting today, continuing tomorrow and ending the day after tomorrow)

The show will go on for South Florida theater, but 2021-2022 will be a season of asterisks, what ifs and when.

It’s late summer and, as always, theater is ramping back up — setting opening dates, signing contracts with actors, designing sets, building costumes, licensing specific titles, even planning for a 2022-2023 season.

But this one is unlike any other:

Thousands upon thousands of subscribers waffling about renewals. Theaters desperately searching for stage hands, designers, box office workers, marketing chiefs and development directors whose predecessors found more reliable jobs. A double-down commitment to equity and diversity meant examining everything from casting to rehearsal behavior. The soaring costs of rental cars for visiting actors, temporary housing, even the price of lumber is causing budgeters to recalculate their spreadsheets.

Theaters that spent considerable time planning the season are rethinking decisions, fearing that fear will chill audiences’ eagerness to return. Palm Beach Dramaworks, which planned to open in October with Almost, Maine, has just announced moving the title later in the season, and will open in December with the second play on the schedule, Michael McKeever’s The People Downstairs.

And no one, literally no one, has any idea whether an as-yet-undiscovered COVID variant will cause a region-wide shutdown or, even if nothing changes, whether enough patrons will be willing to attend in profitable numbers.

In every interview, artistic directors and company executives spoke with the identical vibe in their voice: honestly hopeful, even sincerely optimistic – “act as if ye have faith and a season will be given to you” — but decidedly cautious as if gingerly inching their way through a deadly minefield.

“We’re handling day-to-day and moving along because we feel moving forward is what you have to do,” said Barbara Stein, executive producing director at Actors’ Playhouse in Coral Gables. “You can’t stop and you can’t go backward.”

Yet, they know that for all that hope and optimism, some companies’ long-term existence teeters on whether a single vaccinated actor has a breakthrough case of COVID, shutting down a show that has already opened, robbing the company of the cash flow that makes it possible to fund the next show.

While most companies’ leaders stress that they fully expect to last the season, some worry that a protracted round of cancelled shows, spooked donors and half-full houses could shutter “other companies” for good at season’s end.

“Do I think any of us could stand another year of COVID? Hell, I just don’t know. I honestly don’t know if I could,” said Martin Childers, managing director of Island City Stage in Wilton Manors. “It’s the most stressful thing I’ve ever dealt with. (But) I never, never, never, never say I can’t produce a show. I can just say I never want to go through this again.”

Andrew Kato, producing artistic director of the Maltz Jupiter Theatre, is confident in his company’s ultimate survival. But speaking about the theater community as a whole, he said, “If we take a step backward, whatever that might look like, it would be as catastrophic, if not more catastrophic the second time around” as well as a tragedy “because I think we’ve got a lot of momentum moving forward…. that we can get through this if people do the right thing, take care of themselves.”

Conversely, a dozen signs promise a healthy rebirth, starting with the amazing fact that while small and medium theaters across the country have folded, seemingly all local companies have survived, due to a host of factors:

And the most promising omen: Many patrons have let companies know online — and while attending productions already open this year — that they are beyond anxious to return to live in-person theater.

“First of all, we’re grateful, grateful that we’ve had people stand by us through this process and …they’ve ensured that we will be able to continue,” Kato said.

“With So Little To Be Sure Of”

Uncertainty has been ingrained in theater for two thousand years. But rarely has it been so omnipresent in a lengthy list of lingering but “impossible to answer yet” questions during the ramp up. Will a significant-sized audience come to the first show? Will they then come back for a second show if they find the experience unsettling? What if someone starts coughing in an intimate house?

“I feel completely different now than (in) March and April” of 2020, said Patrick Fitzwater, artistic director of Slow Burn Theatre in Fort Lauderdale. “I think we all had this kind of false sense of light at the end of the tunnel and we all pushed ourselves, all going, ‘Oh, we’ll all be doing great by September, everybody vaccinated, everything will be great.’ And now I’m sitting here thinking I start rehearsing next month and we’re in worse shape than we were in March of 2020.”

Therefore, “the excitement actually isn’t here right now. It’s more the unknown. I just keep waiting any day for Broward County (government) to be like, ‘Okay, we have to shut down’ and we have to postpone again.” He paused a moment and then added, “And another thing, (the threat) doesn’t stop when the show opens. It’s going to remain the whole” run and the whole season.

Since the pandemic stretched past the original expectations of a month or two or three, company managers have become accustomed to working out Plan B, Plan C, and several other letters in the alphabet waiting in the wings.

That flexibility has allowed the ramping up to begin across the region. At Zoetic Stage in Miami, the familiar phases are underway for its take on the Frankenstein play that was a hit in London, said Managing Director Michael McKeever. 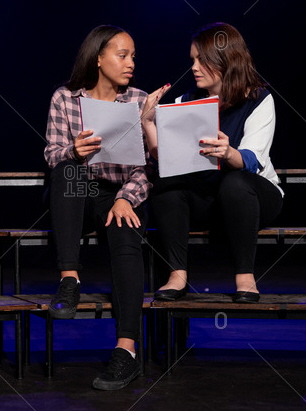 “However, we understand that the world is changing rapidly and unpredictably. And so we are understanding that if we have to change or evolve or cancel this first show, we will…. We push it back towards next season. And we move forward starting in January with our second show.”

Still, most interviewees virtually glowed with the relief and the anticipation of getting underway.

Matt Stabile, producing artistic director of Theatre Lab in Boca Raton, said the joy returned, even with glitches like forgetting to make copies of the script for the first rehearsal. “We’re just desperate to be back in a room together and see the energy of people being able to sit around a table again and talk about a play and talk about characters.”

In the mind of civilians, ramping up translates into the image of rehearsals. But with so much at stake this round, much is focused on less exciting administrative duties, re-re-budgeting, hiring office staff, booking and rebooking and rebooking again performers for events at the presenting houses like the Broward Center. Director/choreographer Fitzwater offered dryly, “That’s taken a lot of my time: sourcing rapid COVID tests. That’s been fun and expensive. One hour of updating insurance and things like that and making sure that your workman’s comp covers COVID.”

What are we going to see?

For patrons, some changes will be obvious: MNM Theatre is moving from West Palm Beach to the Lauderhill Performing Arts Center. Area Stage Co. in Miami will perform at the Arsht Center. The former Primal Forces changed its name to Boca Stage and is extending its season into May. GableStage will reopen under its new producing artistic director Bari Newport.

As far as content, most titles kicking off seasons are modest affairs with small casts and scaled-back production values such as Actors’ Playhouse’s current Fuacata! and Slow Burn’s upcoming Songs For a New World.  But exceptions include Zoetic Stage’s large-scale Frankenstein and Theater Lab’s multi-media The Impracticality of Modern-Day Mastodons featuring a ten-foot puppet. Further, audiences for companies like the Maltz Jupiter Theatre expect lush production values. But some companies are renting sets from other companies and are optimistically saving their larger scale work for the winter – when attendance figures should peak.

But the most obvious change will be the extensive efforts to deal with COVID, from dressing rooms to the lobby, especially in ways that will reassure audience confidence. Some theaters such as Palm Beach Dramaworks are especially concerned because the majority of their subscribers skew older and therefore more skittish about their vulnerability.

Presenting houses like the Broward Center have added challenges since they are working with differing demands from national tours, visiting musicians, “regional arts organizations, and classes for adults and youth, as well as a range of food and beverage experiences,” wrote Kelley Shanley, president and CEO.

Even more extensive rules are required, particularly by the Actors Equity union, for vaccinations and/or repeated testing for anyone involved in a production, as well as backstage conditions.

And the bottom line as theaters ramp up is that all of this costs literally thousands of dollars that weren’t in budgets 18 months ago.

But the elements that will vary the most from theater to theater are mandatory/voluntary masks and social distancing – which, under the current tug of war between contradicting local and state government policies, pose another unknown this September.

Actors’ Playhouse is social distancing its first two small-cast minimalist shows in its 600-seat mainstage auditorium rather than the smaller upstairs venue where such shows normally are mounted. But it is among the few. Most company leaders say the economics of producing even a modestly budgeted show in the reduced capacity of a socially distanced house would be economic suicide. 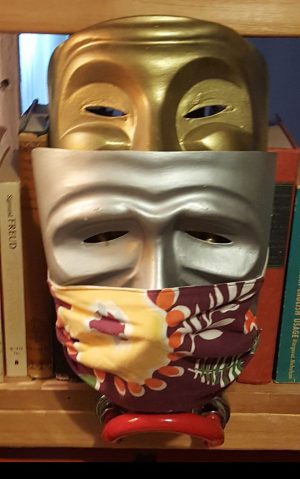 Nearly every house will “strongly recommend” masking, especially in lobbies, but even in the auditorium. A few are planning to require masking regardless of what state or local regulations mandate. Dramaworks’ Managing Director Sue Ellen Beryl said their “mask required” policy will become optional over time, but for the present: “No matter what the government says, the federal or local says, when we reopen, just for psychological reasons, we’re saying you have to wear a mask. You know, our house, our rules.”

Childers, whose Island City Stage has been producing in an intimate space for months, said, “The worst thing was having to be the COVID police and tell people ‘Put your mask on or get out,’ which put me in a bind a few times.”

At present, the Broward Center and the Arsht Center plan to require either proof of a recent negative COVID test or proof of vaccination from audience members as Broadway houses plan to do for the rest of the year. Boca Stage is requiring artists email proof of vaccination before allowing them to audition.

And theaters suggest patrons check their website’s policy pages before getting in the car to come to the venue. Things change.

How long will these reminders of the specter in the house remain? Dr. Anthony Fauci suggests this country may have COVID “under control” by the spring of 2022 – if the rate of vaccination increase. Locally, interviewees expect their precautions will persist through end of the calendar year. And then “it depends.”

“I think what this new Delta variant is teaching us is that we’re going to be living with this for a while…. I liken it to the foreign companies that were traveling across Europe during the plague,” said Island City Stage’s Artistic Director Andy Rogow.

(This is a three-part-series, starting today. Part 2 runs tomorrow talking about diversity and keeping subscribers. Part 3 runs the day after tomorrow.)