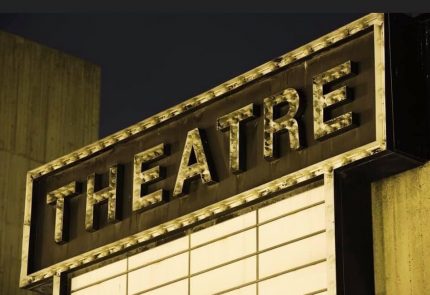 (This is a three-part-series. Part 2 ran yesterday.  )

The show will go on for South Florida theater, but 2021-2022 will be a season of asterisks, what ifs and when. In this three-part series, Florida Theater On Stage talks to a dozen artistic directors and managing directors in detail about a raft of reasons why this season will be unlike any other: among them, coping with the mutating COVID, addressing diversity issues, wooing nervous subscribers, even the skyrocketing cost of lumber needed for sets. While local theaters survived the past 17 months as peers around the country have shuttered, the coming season may determine whether every Florida company will still be here a year from now.

How to Succeed In Business….

The pandemic has awakened many artistic theater leaders to the need to be even more aware of the fragile fiscal paradigm inherent in the art form.

The Maltz Jupiter Theatre, among the most financially secure companies, lost an estimated $1.97 million of an $8 million operating budget, much of it from the investment in the show that closed hours before it was to open, How to Succeed in Business Without Really Trying.

Theatre Lab in Boca Raton comes into this season fiscally stable. But, like most companies, it will honor the tickets to last season’s cancelled production of To Fall In Love when it is remounted this coming season. That results in an estimated 30 percent loss in ticket sale revenue for the 2021-2022 books, not to mention the upfront expenses in mounting it again.

Companies also lost any impulse single-ticket sales that might have occurred for the last show on their season. Most theaters are offering last year’s subscribers credit for a show in the coming season, again a loss of income.

Most reluctantly offered refunds. The Maltz lay an unusual bet on their subscribers’ loyalty: They mailed refund checks unasked to 4,000 of last season’s subscribers who had bought tickets to How To Succeed. The company hopes recipients will return or rip up the checks.

But as of this writing, while a handful of companies have not revealed concrete plans, no one has closed their doors for good – unlike peer operations around the country.

Some of their survival is due to past successes: Last season, Zoetic Stage in Miami benefited from some of the best ticket sales in its history. Palm Beach Dramaworks and the Maltz have worked very hard over a decade to keep their net well in the black and they built up reserves to call on for rainy days like the deluge of the past 18 months.

Still, much of the survival lay in ever-changing budgets – furloughing employees working directly on productions from designers to house managers; reducing salaries for the remaining skeleton crew of staff; shutting down any overhead possible.

But on the plus side, institutional donors like Funding Arts Broward and SHS Foundation stepped up. Individual donors not only did not shy away, but some boosted their usual contributions at theaters like Dramaworks. One angel offered a new $10,000 matching grant to Island City Stage in Wilton Manors.

“All of those people said, ‘We want you to survive, (even) if you can’t produce,” said Martin Childers, managing director of Island City Stage in Wilton Manors.

But Dramaworks, Island City and Theatre Lab’s leaders stressed their fear that the ability to have squeaked by might discourage the future generosity of donors who might think the companies are out of the woods. They aren’t.

“Going into this year, everybody was really jazzed to be an arts supporter because the danger was imminent,” Matt Stabile, producing artistic director of Theatre Lab in Boca Raton, But going forward, “each year, I think it’s going to be really easy for people to forget. The danger remains.”

But the most significant factor in enabling South Florida theater to have another season were the two major government initiatives: the Paycheck Protection Program and the Shuttered Venue Operators Grant.

The first is a loan that does not have to be paid back. It pays up to eight weeks of payroll costs including benefits. This supported the surviving employees and satisfied Equity actors’ contracts requiring a minimum two-week paycheck no matter why or when a production closes.

The second is a more general grant for theater companies, presenting venues, movie houses, museums, producers and agents. More than $45 million was given to 35 theaters and presenting venues in Palm Beach, Broward and Miami-Dade counties with others in Vero Beach and Key West also benefiting.  (A complete list is available by clicking here.

The grants, loans plus donations “have really put us in a stable position to be able to do an entire season next year,” Rogow said. 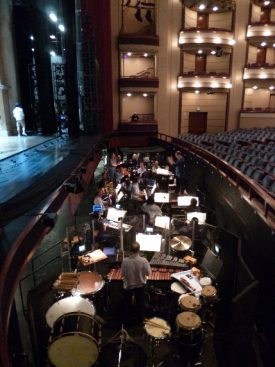 Some SVOG awards were significant: The Arsht Center and Broward Center received $10 million each; the Maltz received $2 million and the Wick $1.3 million. But smaller amounts equally were “a godsend,” said Managing Director Michael McKeever whose Zoetic Stage in Miami received $166,348.

Dramaworks’ Managing Director Sue Ellen Beryl estimated it lost $1.2 million over its past fiscal year. But it remains fiscally solid, in part, because of one PPP loan of $274,700, another for $149,500, and an SVOG grant for $623,725, plus donors’ generosity, a reserve fund and other income. “It doesn’t make up for the loss of tickets during the full year of operation at all. But it’s allowing us to start rehiring at this point in time and maybe a few weeks earlier than we could afford” otherwise, Beryl said.

The result is that companies are now rehiring, with a huge sigh of relief since many companies like the Maltz Jupiter Theatre had surviving staff absorbing double and triple duties.

“We are currently in the process of filling all of our open positions, a process that started in July 2021,” wrote Kelley Shanley, president and CEO of the Broward Center. “Many new and returning staff started in July and we expect to be fully staffed in September.”

The pressure to hire right now, even months before a show opens, is crucial because companies still have to  train the newbies, especially if the company has a corporate culture that must be learned, said Andrew Kato, producing artistic director of the Maltz Jupiter Theatre.

God, I hope I get it

The pandemic challenges in the ramp up extend to casting. Directors are finding an even more fluid – and possibly limited – local talent pool than before. Some actors have left the business. Some have moved out of the region. With audition periods spread out across the calendar more than usual, some directors find the artists they wanted already are committed to other projects.

Another new wrinkle is that video auditions, once a growing but spotty practice, has become the norm, at least prior to in-person call-backs. That has, in some cases, increased the number of videos a director must view. Fitzwater said he watched 1,300 this season.

That also resulted in a pool of applicants from a much wider geographical area. But that expansion also has made it easier to seek out and recruit a more diverse pool of artists; some local directors believe the pool of experienced African-American artists is smaller in South Florida than most people realize. Indeed, when Dramaworks did a series of online readings of Lynn Nottage’s works this year, many of the actors and directors participated remotely from homes outside the region.

Casting during the ramping up has been seriously hampered having to work through the Actors Equity national union, several directors said. Companies’ plans stalled as they waited months and months for union leaders to provide mandates on required procedures to protect its members – extensive and expensive safety precautions. And then, as this is written, some companies still are beyond frustrated awaiting the union to approve one-by-one each theater’s proposed agreement for each show – and the ability to start work on future shows.

“Until we get the approvals we need from all the entities… then what’s the point of us having auditions? Because we don’t even legitimately know what we can offer,” Stabile said.

The Wick Theatre had hoped last winter to re-use the Equity performers it had cast in 2020 when its production of A Chorus Line was shut down by COVID. But after waiting for months for a go-ahead from Equity, it recast the show with non-Equity performers so it could reopen last April, said Marilynn Wick, executive managing producer.

Yet another company executive said, with a season about to open, “I’m still waiting on approval from the union. It’s incredibly frustrating not only to the company, but to the actors involved…. What are these people going to tell their other employers? (They) can’t be waiting until the day before rehearsal starts to be like, ‘Oh, by the way, I’ve got to be gone for a couple of weeks.’ ”

Surprisingly, for all the experiments with online video presentations to keep over the past year, the community is deeply divided whether to invest in them once the curtains rise.

Since last year, Dramaworks’ Producing Artistic Director William Hayes has been brainstorming a long-term paradigm in which regional theaters would film their full-fledged productions and market them to a national audience through a coalition of colleagues – creating a larger audience, a higher profile and an added revenue stream. He experimented this summer when Dramaworks and Actors’ Playhouse joined forces to video The Belle of Amherst and offered it free to subscribers who had not asked for a refund from last season, and sold it for $30 to anyone else.

MNM Theatre Company of Boca Raton filmed from scratch its musical Closer Than Ever and sold it to interested patrons over the Internet. Island City also filmed some of its live productions this year and made it available to patrons balking at attending the show in person, which had been an option. About 200 patrons took them up on it each show. “I wouldn’t call them overwhelming successes, although we got a lot of compliments,” Rogow said.

But Island City doesn’t expect to do that again regularly. Stein doesn’t expect to repeat the Belle experiment. They and others interviewed said that while the projects kept their connection with their audiences, the undertakings are too expensive and time consuming to continue long term.

Companies reported video costs ranging from $4,000 for a children’s show to $30,000 for a high-grade adult undertaking, although some of that was coping with COVID testing.

“There’s no way to make your money back,” Childers said, although they might try one more. “It’s just that this (was a) way to survive and try and keep our patronage. It (also) gave us great material for the future of the brand.”

Projects like The Belle of Amherst and Closer Than Ever were well-produced, imaginative and spared little expense, indicating the validity of the medium for theatergoers unable to attend or living in Idaho.  But some observers felt the videos only increased the yearning for the magic of live in-person theater.

“In my opinion, it just doesn’t translate well and has never appealed to me,” Kato said of the entire paradigm. “What we do is live theater. It’s the magic of coming together in a communal way and having a shared experience.”

If the theater leaders are wary, they also are forging ahead. As they usually do at this time of the year, they are already planning next season, McKeever said.