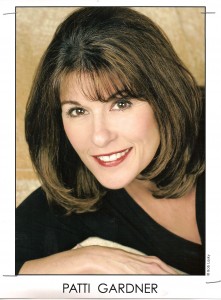 3 Responses to Talking in the Green Room With: Patti Gardner