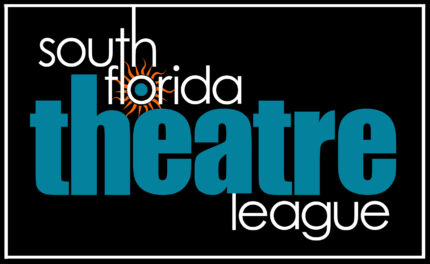 The South Florida Theatre League has announced the 2022 Remy Awards recipients to be given at a live ceremony Dec. 5.

The Awards, named in honor of Remberto Cabrera, the former Miami-Dade County Department of Cultural Affairs’ Senior Cultural Administrator and Chief of Cultural Development, are given to those who provide outstanding service behind the scenes of the South Florida Theatre League Community.

For the first time since 2019, the awards will be bestowed at a cocktail reception at Savor Cinema at 7 p.m. and a presentation later in the evening.

In 2014 the Board of the League made the decision to increase the number of categories to honor the breadth of those in our community whose contributions are often overlooked.

The South Florida Theatre League is an alliance of theatrical organizations and professionals dedicated to nurturing, promoting, and advocating for the growth and prestige of the South Florida theatre industry.

The award is bestowed upon individuals who have rendered truly noteworthy and extraordinary service in the past year, recognizing their invaluable and outstanding contributions made through their time, talent and expertise by taking the initiative and actively participating and contributing to the growth and development of the Theatre League.

Fantel and Leeds are being given the service award for their work on the new Unified Auditions Video, which helped actors be better prepared for any audition, including our unified auditions. This video was acclaimed by both producers and actors alike for demystifying the casting process and giving concrete steps to prepare a great audition.

The award is bestowed upon individuals who have, over the years, taken the lead and contributed substantially to the health, growth and development of the South Florida theatre community.

Tillman has worked as a costume designer for multiple theatre companies across South Florida for the past few decades. In her nomination letter, playwright and City Theatre co-founder, Susan Westfall wrote, “he’s worked his fingers and imagination to the BONE.”

Named in memory of one of South Florida’s most dedicated arts patrons, the award honors those who have made a substantial contribution to the theatrical community in the ways that Jay Harris did – through leadership, on-going volunteerism, and financial support.

John Rodaz’s artistic vision has led Area Stage Company through multiple transformations over the decades. In her nomination letter, Maria Rodaz wrote, “his vision has impacted the cultural life of South Florida for over 33 years.”

The Civic Arts Leadership Award goes to those in government who show outstanding support of the arts.

Gelber, the mayor of Miami Beach, has continued to place the arts in his priorities for economic and community development. In her nomination letter, Jessica Kaschube wrote, “He leads a team that places arts as an important element of the culture of the city of Miami Beach and commits funding to these groups that is rarely seen in other cities in Florida or around the U.S.”

In her nomination letter, Kaschube wrote that Lindenfeld and Schrader are “always there to help us overcome the many hurdles we’ve endured these past two years and to build a great foundation for the future.” She noted Lindenfeld’s steadfast support from the very beginning and Schrader’s acumen and knowledge.

Harrington has been working with Actors’ Community Theatre of Davie since 2009, as a resident set designer and builder, and directing several of their plays and nurturing many actors along the way. He currently serves on their board and was named Artistic Director last year. In her nomination letter, the 2021 Outstanding Contribution to Community Theatre Recipient Dana L. Fredebaugh wrote, “He has volunteered countless hours to help make ACT a success.”

Christine Barclay runs BARCLAY Performing Arts, which did over 12 productions and events, in addition to a full season of classes and private lessons virtually during the pandemic. She has created multiple partnerships for BARCLAY Performing Arts, including one with Shinde MSD to bring healing arts curriculum to students and one with the Delray Beach Playhouse, allowing her students to perform in a new location. In her nomination letter, Briana Earhart wrote, “She’s incredibly passionate about what she does and about each one of her students.”

Darius J. Manuel is the director of Theatre Arts at Dillard School of the Arts, founder of Renegade Theatre Company, and a local director, actor, and advocate. In his nomination letter, Trey’lon Salley, one of Manuel’s students wrote, “Darius is what we teens call “The Malcolm Luther King of South Florida Theatre.” He is sharp, quick-witted, and audacious enough to demand justice like Malcolm, yet kindhearted, patient, and hard-working enough to bare the weight of the fight, like Martin. He is a strong advocate for the inclusion of Black & Brown voices to have a seat at any table where art is created.”