Posted on November 3, 2016 by Bill Hirschman 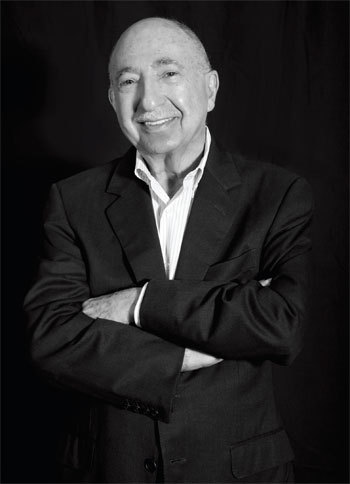 Charlie Cinnamon, the beloved dean of South Florida publicity agents whose work over a half-century helped transform the region’s cultural landscape and raised its national profile, died at his home Thursday.

Cinnamon, who was to turn 95 this weekend, had suffered a seriously debilitating stroke about three weeks ago and was hospitalized, but had chosen to go home recently, friends said last week. He passed away at 12:24 a.m., according to colleague Charlotte Vermaak. Services are slated for 10 a.m. Sunday at Riverside Gordon Memorial Chapel at 20955 Biscayne Blvd. in Aventura

Cinnamon parlayed a gregarious, charismatic and ebullient personality – and a tireless work ethic — into promoting scores of South Florida cultural institutions such as the Coconut Grove Playhouse and the Concert Association of Florida, active as recently as last summer working for Broadway Across America’s national tours.

“The Miami City Ballet, many arts groups, might not be here if not for the mentoring and guidance of Charlie,” said Toby Lerner Ansin, a founder of the Ballet and one of his closest friends.

His client list over the years encompassed dance, nightclubs, fundraisers, music from classical to rock ’n’ roll, and especially theater.

But he also became directly involved in other projects, such as helping to create the Coconut Grove Arts Festival and Miami Beach Festival of the Arts. He was credited with helping Ted Arison’s national effort to bring the Miami Heat to Florida.

His unequalled skill, several people said, was his ability to connect with journalists on both a professional and personal level.

“He was probably the last of an era of professionals that (insisted that) everything had to be personal,” Ansin said. “He hated just doing emails. He wanted to pick up the phone and have lunch with you and have coffee. He gave of himself to you. That’s why you professionals loved him. You trust that person.”

Leslie Feldman, a former publisher and close friend since the 1960s, said, “Even when new reporters and editors would come to the market, they would become his fans because he was a professional. He wasn’t a shill; he would wink at you if something was questionable. So therefore when he said something, he had totally credibility.”

As a result, “I think he was proudest… that people respected in him in an industry that held him in the highest esteem. Terms like ‘flak’ were never uttered in his presence because it would have been so offensive to his craft. He was an artisan.”

Cinnamon was renowned as a resource to clients and friends, brimming with solid and crucial advice. “He connected everybody,” Ansin said, whether it was telling a client the name of a reporter or which caterer to use or who could supply champagne.

But person after person testified to his loyalty as a friend. Ansin said, “He just loved life and being around him made you love life. Anybody he met, you became part of his life and he became part of yours…. He was there to laugh with you, cry with you, give you wonderful advice and be there and supportive in everything you did.”

With slightly gnome-like features, eyes that shined like klieg lights, an outer-borough brogue and a smile that brightened whenever he saw someone he knew in a theater lobby, Cinnamon’s personality exuded warmth – although he could be irascible and sometimes let loose his temper when he felt someone had been unfair to him or one of his clients.

His list of awards would overrun a normal resume. Just a sampling:
The Carbonell Awards’ highest honor in 1983 recognizing “widespread contributions to the growth of the arts in South Florida;”

### Citizens Interested in Arts’ first-ever Champion of the Arts Award in 2009;
Man of the Year from the City of Miami Beach Fine Arts Board in 1984;

### the first to have his footprints placed in the Jackie Gleason Theater’s “Walk of Stars,” and was later to receive a proclamation from Miami Beach in honor of the Festival’s 10th Anniversary;

### a Maxie by the Miami Arts Exchange and the New World School of the Arts;

### the Jan Pfeiffer Distinguished Service Award by the Miami Beach Chamber of Commerce;

### a proclamation from the Broward County Commission during A Tribute to Arts and Culture Day;

### the PROPS Women of Show Business created the inaugural Charles Cinnamon Award given annually by the National Foundation for Advancement in the Arts,

### a lifetime achievement award from the Coconut Grove Playhouse during its 50th Anniversary Gala;

### the City of Miami  Beach Medal of Honor, the community’s highest honor;

### and recognized at one time or another by almost every South Florida publication as one of most influential forces in the region.

He grew up in the Bronx in an Orthodox Jewish home as one of eight children. While he loved attending Broadway shows, he told interviewers he did not see that as his future. He served overseas in World War II, then studied journalism at New York University.

He moved to Miami in the mid-1950s, but returned to New York to help a publicity agent with a play at a new arts center. It lasted one night. He returned to Florida and joined a veteran press agent, starting with publicity for the now-vanished Empress Hotel. That earned him other clients and a reputation for personal connections.

In 1956, he attended the first American production of Waiting For Godot that reopened the Coconut Grove Playhouse and wrote about the controversial performance for the hotel’s newsletter in such terms that he was quoted in the advertising, he later said.

That led to being hired by the Playhouse to promote the musical Irma La Douce; he represented the Playhouse for much of its existence. That introduced him in 1962 to impresario Zev Bufman who operated the theater for a time. The two worked together for 26 years as Cinnamon publicized Bufman’s efforts to mount his own shows in several area venues and bring in national tours.

He met many stars and celebrities as they toured through the region. But none of the resulting friendships was more high profile than when he worked with Elizabeth Taylor as she tried out Bufman’s Broadway-bound production of The Little Foxes in a tour in 1981 that began in Fort Lauderdale. He accompanied her to the Washington, D.C., opening – documented in a People magazine photo. He loved to tell how at the Broadway opening he was pushed by security guards into a limo with Taylor as an enthusiastic mob of fans crowded around the vehicle.

That relationship persisted for years. He persuaded her for the Community Alliance Against AIDS’ first fund-raiser which resulted in $2.1 million for AIDS research, what has been touted the largest amount ever raised in a single night in the country to that point.

The list of other bold face names he palled around with would fill columns including Joan Collins, Yul Brynner, Eartha Kitt, Chita Rivera, George Abbott, Jose Ferrer, Angela Lansbury, Rita Moreno and Valerie Harper. He often told the story of how Tallulah Bankhead flashed him one night at the Playhouse to show off her colostomy bag.

Cinnamon, who was still making calls for clients in September, may best be remembered for his simultaneous states of boundless energy paired with near exhaustion.

Feldman, like several people, recalls frequent phone conversations. They had one polished routine when Feldman would call Cinnamon in the morning.

Looking back, Feldman concluded, “Furious laughter started most of our days!”

This entry was posted in News and tagged Charlie Cinnamon. Bookmark the permalink.