The three-time Carbonell nominee was selected for his play 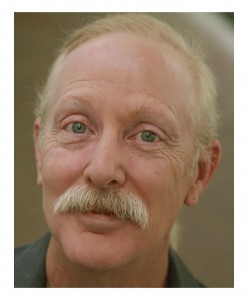 Aftermath Of A Boom which will be staged in a reading at the Coral Gables theater at 4 p.m. Sunday, June 17.

Aftermath Of A Boom tells of a writer Paul Chambers, who has had a breakdown.  In his battle toward recuperation, he seeks comfort from his ex-wife Terry and support from his best friend, the acerbic Truman – whose advice may not be particularly welcome.  The play asks how people cope with what feels like devastation. Is fantasy escapism or can it be refuge? The play is described as “an often humorous look at a serious subject….  Exploring these questions through one man’s personal struggles on the road to recovery.”

“I am thrilled to have this play singled out for recognition,” Leonard was quoted in a news release. “I can’t wait to hear it come to life at Actors’ Playhouse!”

An audience discussion will follow the reading, led by Leonard and Playhouse Artistic Director David Arisco along with a panel of industry professionals.

The competition sponsored by the Funding Arts Network provides Actors Playhouse with scripts to consider for future seasons as well as support for the development of new work among Florida playwrights.

This entry was posted in News and tagged Actors Playhouse, Dan Leonard. Bookmark the permalink.